Wright will also star in the film, from a script by "The Post" scribe Liz Hannah and Jesse Chatham. 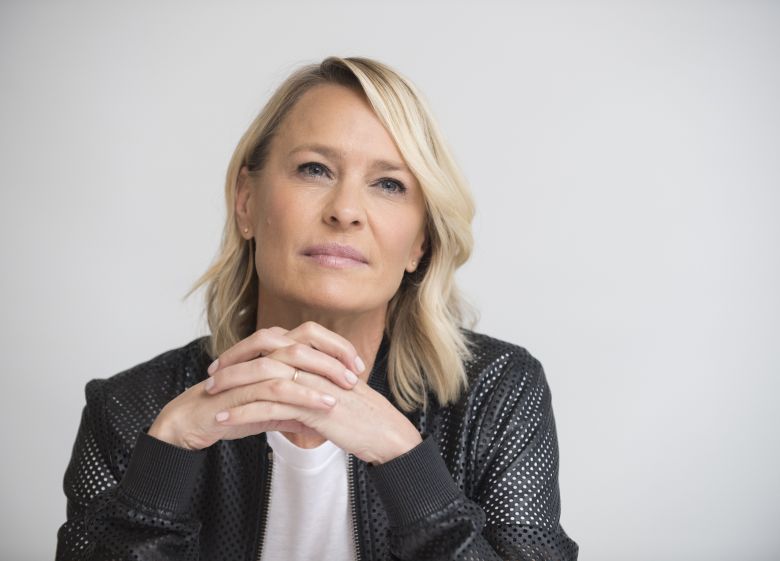 After directing 10 episodes of Netflix’s hit series “House of Cards” — including the political show’s 2018 series finale — actress and director Robin Wright is moving into feature territory. Deadline reports that Wright will make her feature directorial debut with “Land,” which she will also star in as “a woman consumed by grief who resolves to remove herself completely from life as she has known it, and disappear.” The film’s script was written by “The Post” and “Long Shot” screenwriter and Golden Globe nominee Liz Hannah, along with newcomer Jesse Chatham.

Deadline reports that Wright will play Edee, “a cosmopolitan lawyer who takes herself off the grid almost entirely. With advice from online survivalists, she moves to the most unpopulated area in the U.S., living in a cabin in the Shoshone National Forest in Wyoming. All alone, she must learn to hunt, fish and grow her food as she faces brutal winters, a challenging landscape and local wildlife that could kill her at any moment. In crossing paths with Joseph, a First Nations local, Edee begins to confront her demons and surprises herself with her own will to survive.”

Production will kick off this summer in British Columbia, and Deadline notes that the film will “cover the wild landscape over four seasons.”

HanWay Films has already picked up international sales rights for the feature, while Cinetic Media and CAA Media Finance will handle the North American rights. As HanWay Films’ Gabrielle Stewart told the outlet, “Robin proved herself a tour de force taking in hand ‘House of Cards’ as a director as well as its lead actor. She speaks very eloquently and passionately about wanting to tell the story of a woman’s journey through loss and pain, where only by giving herself to nature can she find a path to inner peace and redemption. It is a unique cinematic experience of huge scale, yet speaks to our basic human need for more earthy simplicity in this busy noisy world.”

HanWay will launch sales at Cannes, marking something of a reunion for the newly minted feature director and the lauded festival: in 2017, Wright debuted her short film “The Dark of Night” at the French festival in its Cannes Classics section.

This Article is related to: Film and tagged Land, Robin Wright