For his first superhero film, the "Lights Out" director didn't forget his horror roots, leaning into the movies of his youth to make the most of a PG-13 rating. 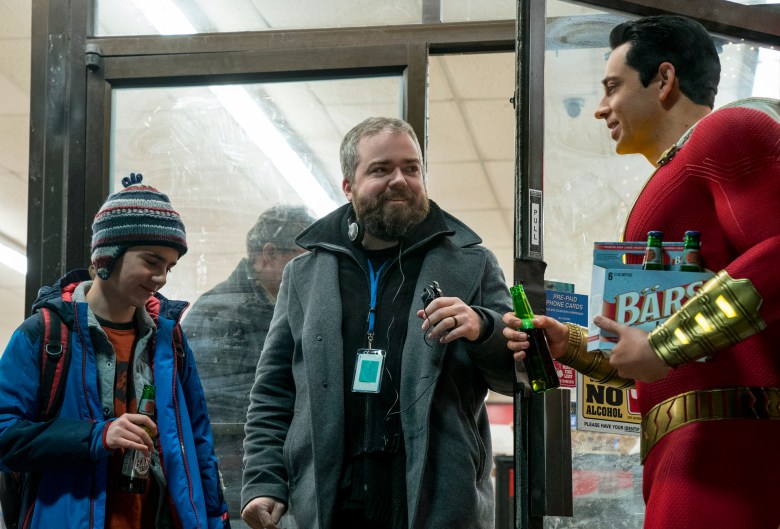 David F. Sandberg on the set of “Shazam!” with stars Jack Dylan Grazer and Zachary Levi

Swedish filmmaker David F. Sandberg is best known for horror films “Lights Out” and “Annabelle: Creation,” making him a bit of unlikely choice to helm the long-gestating superhero story “Shazam!” A PG-13 origin story about a wayward teenager who turns into a superhero by yelling out the film’s title, it’s the most feel-good feature in the dark history of the DC Extended Universe. But Sandberg turned his creepy bug into a feature: By rooting the film in the kind of terrifying and fun movies that he loved as a kid, he created something charming, fun, and with its own scares to spare.

It’s not the first time that the superhero universes has turned to horror movies for some unexpected levity. James Wan created the “Saw” franchise before he directed DC’s “Aquaman,” which didn’t achieve Taika Waititi levels of superhero whimsy but did give us Jason Momoa as a merman who didn’t take himself too seriously. And Marvel found James Gunn to direct “Guardians of the Galaxy” when he was best known for “Slither” and his dark comedy “Super.” Next up, Gunn will direct a new “Suicide Squad” for DC, and then return to Marvel for the next “Guardians” installment.

Sandberg said he decided there was plenty for him to work with. “I’m a horror guy, but I basically figured that as long as I don’t do anything that ‘Jurassic Park’ wouldn’t do, that was sort of the benchmark,” he said. “Kids grow up with ‘Jurassic Park’ and it’s still pretty violent. Like the guy on the toilet who gets eaten! Or there’s like a chopped off arm and all these things. I was like, ‘As long as I don’t go that far, I know I’ll be good.'” 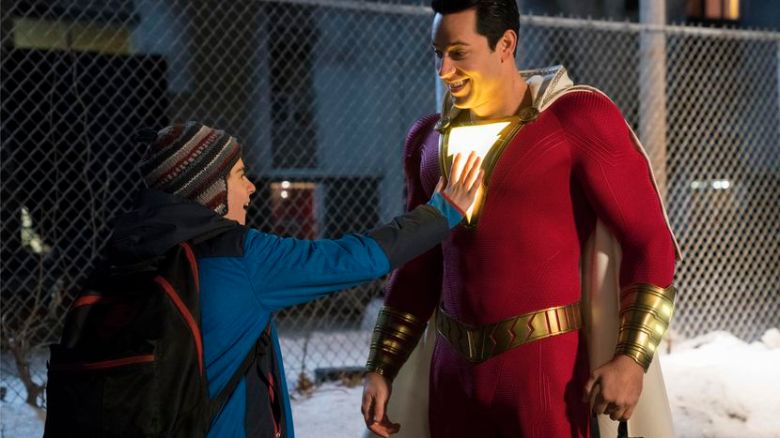 Though Sandberg grew up loving comic books and superheroes, he didn’t have a deep knowledge of Shazam, first introduced in 1940 as Captain Marvel (yes, it’s a little confusing), the adult alter-ego of teen Billy Batson. Warner Bros. said it wanted something comparable to “Big,” only with its young protagonist turning into a superhero, not just an office job-going adult.

With just one credited screenwriter, Henry Gayden, on the final project, “Shazam!” offers a singular vision and cohesive tone that remains hard to find in the superhero movie world. “They were basically pitching me,” Sandberg said of his early meetings. “There’s just so much you can do with the original ‘Big’ concept of the little kid that becomes an adult. To actually become a superhero as well was just, oh, there’s so many ideas, so many ways to go with that.”

Sandberg said he turned to the movies of his youth — including early Amblin films, “Gremlins,” “Ghostbusters,” and “The Goonies” — to build a tone that would appeal to kids and adults and dodge the darkness of “Batman v Superman: Dawn of Justice” or “Suicide Squad.”

Naturally, Sandberg still zeroed in on the undercurrent of horror that runs through classic films associated with younger audiences, from “Jurassic Park” to the Indiana Jones franchise. “I think a lot of those old movies have a little bit of everything,” he said. “They have the fun sense of adventure, but they also have a lot of the heart, and sometimes even a bit of horror. As a kid, I loved ‘Raiders of the Lost Ark,’ which has people’s faces melting off, which is pretty scary.”

“Shazam!” centers on Billy-as-Shazam (played as a kid by Angel Asher, with Zachary Levi stepping in a Shazam himself) fighting a canny bad guy Dr. Thaddeus Sivana (Mark Strong) who literally harnesses the Seven Deadly Sins to do his bidding. In the film’s first big showdown, Dr. Sivana arrives at a skyscraper to exact revenge on those who wronged him. It’s a scene that pushes the envelope on the PG-13 rating. 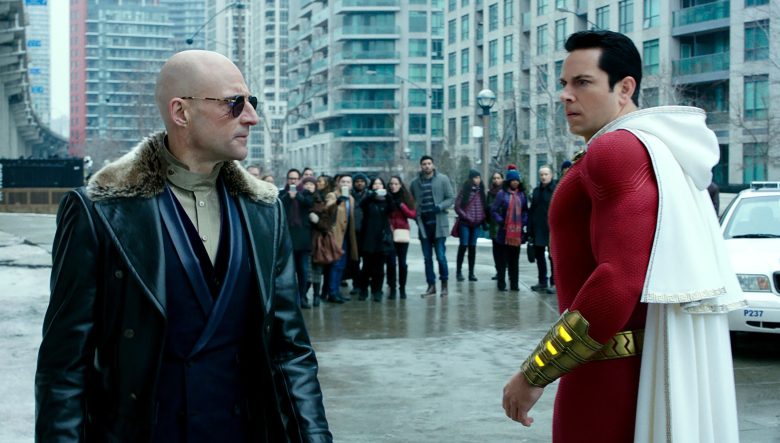 “I’m not much about blood and gore, it’s just about scaring people,” Sandberg said. “So it wasn’t too hard. I had thoughts of like, ‘If this was an R-rated movie, there’d be blood splattering against the windows,’ but it’s easy to not go that far. You just allude to it, and people will make up their own visuals in their head. … You want people to think that, ‘oh, this could actually end badly.'”

It’s a tough ask for a film that’s about a kid getting superpowers, but Sandberg credits his horror chops for pulling it off. He’s also quick to point out that, despite the upswing in horror directors getting big non-horror gigs these days, it’s been done before. And in the superhero world to boot.

“I think it started back in the Richard Donner days with ‘Superman,'” Sandberg said, noting that Donner directed “The Omen” before jumping into the franchise fray. “I think making horror movies is actually quite hard, and you have to know a lot about moviemaking in general. The horror movies I make, it has a lot of trying to play with the audience’s expectations and really trying to know where the audience is at and [then] trying to subvert those expectations. It’s probably a good quality to have in any movie.”

Sandberg also credits changes taking shape in the DCEU world that made it possible for him to make a film like “Shazam!” “What I liked that there wasn’t any sort of mandate of ‘You have to set up these future movies’ or, ‘You have to include these things from what’s going on in the universe,'” Sandberg said. “Just make the best Shazam movie, which I guess is kind of what [DC and Warner Bros. are] doing now that they’re less focused on tying everything together or setting things up. Just focus on, ‘This is this character in this movie and this is the tone that’s appropriate for that character.'”

There was, however, one darker idea that Sandberg opted to nix. Because “Shazam!” takes place in a world where superheroes are known to the public, there’s plenty of talk about them, and lots of merchandise bearing their likeness. That’s why it’s so amusing when Shazam and Sivana face off in a toy store.

“When we were building that toy store, the studio was like, ‘Well, just don’t include characters that haven’t been introduced in theaters yet.’ But then we also had like Lex Luthor toys and I was like, ‘I don’t know if they’d actually make toys of that guy, so maybe take those out.”

Even horror dudes have their limits.