"Cersei and the City," "The Marvelous Mrs. Melisandre," and "Game of Thrones: Special Victims Unit" all sound pretty great. 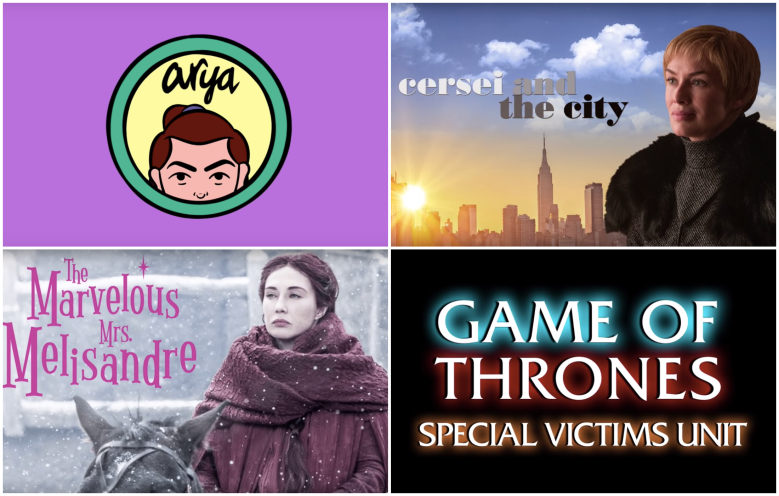 No one knows how “Game of Thrones” ends, but we all know what comes next: “Game of Thrones” spinoffs. The first, which stars Naomi Watts and takes place long before the War of the Five Kings, has already been announced by HBO, but what else might we see? “Saturday Night Live” has some ideas, and it introduced them with the help of host Kit Harington last night.

First up is “Castle Black,” described by the narrator as “a sexy, moody drama about forbidden love.” It features Jon Snow (Harington, natch) and a female White Walker (Heidi Gardner) who appears pretty upset with the former Lord Commander. “You promised that when winter came, you would tell your friends about me — about us,” she says to him. “Well, winter’s here, Jon.”

“That was different and you know it!”

We only catch brief glimpses of the others, some of which sound genuinely hilarious: the “Daria”-inspired “Arya,” “Cersei and the City,” “RuPaul’s Dragon Race,” “The Queen of King’s Landing,” “The Marvelous Mrs. Melisandre,” “Dorne to Be Wild,” and, of course, “WesterosWorld.”

And here’s the rapid-fire dialogue we can expect from “Game of Thrones: Special Victims Unit,” which stars the actual Mariska Hargitay and Ice-T as two Westeros-weary detectives investigating the latest seedy crime in Flea Bottom:

“You’re telling me some sick son of a bitch cut this dude’s thing off?” he asks her.

“Then gouged the man’s eyes out—”

“Then got busy in the holes where his eyes used to be?”

“Circle gets the square.”

Watch the full skit below.

This Article is related to: Television and tagged Game of Thrones, Kit Harington, Saturday Night Live