It also finds that, statistically, LeBron isn't the best replacement for Michael Jordan. 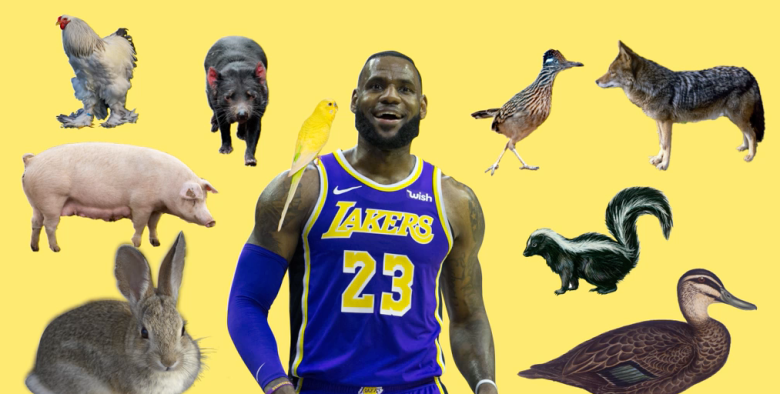 Just as “Space Jam” didn’t star Michael Jordan by himself, neither can “Space Jam 2” focus exclusively on LeBron James. Charles Barkley, Shawn Bradley, Patrick Ewing, Larry Johnson, and Muggsy Bogues all had their talents stolen by the Monstars, too, and so fans have been waiting to hear who will round out the starting five of this long-awaited sequel. FiveThirtyEight has thrown its hat into the ring, attempting to help LeBron and the filmmakers by using math to cast the rest of the film.

“We’re not casting the five best players in the NBA right now, or even the five best actors,” the narrator informs us, but rather using their patented CARMELO (Career-Arc Regression Model Estimator with Local Optimization) system to find the players most similar to the supporting cast of the original “Space Jam.” First up is Barkley, who during the 1994-95 season averaged 23 points, 11.1 rebounds, and 0.7 blocks per game; 538’s answer for him is DeMarcus “Boogie” Cousins of the dynastic Golden State Warriors, who is both a formidable presence on the hardwood and an outspoken voice off of it. The New Orleans Pelicans’ Anthony Davis is chosen to replace Ewing, whereas Bradley is substituted for 20-year-old rookie center Mohammed Bamba of the Orlando Magic.

The diminutive Bogues — who stands just 5’3″ and averaged 11.1 points, 8.7 assists, and 1.3 steals per game when “Space Jam” was made — may be singular in the history of the NBA, but 538 gets as close as possible with Toronto Raptors point guard Fred VanVleet; though considerably taller at 5’11,” his stats and style align nicely. Last up is Johnson, which raises an interesting point: The Monstars’ lineup consisted of one center, three power forwards, and one point guard, which is hardly a winning combination. Even so, 538 finds that Tobias Harris of the Philadelphia 76ers is the best fit.

The study ends with a troubling conclusion, however: LeBron isn’t the natural heir to Jordan, at least not statistically. That would be Kawhi Leonard, also of the Raptors, whose stats line up with MJ’s better than any other active player. There’s another reason he’d be well suited for such a task: “Next to a cast of a bunch of cartoons, Kawhi could really put his impeccable comedic timing to good use.” Watch the full video below.

This Article is related to: Film and tagged Space Jam 2