The season finale promises the end of one chapter and the beginning of another for the CBS All Access series. 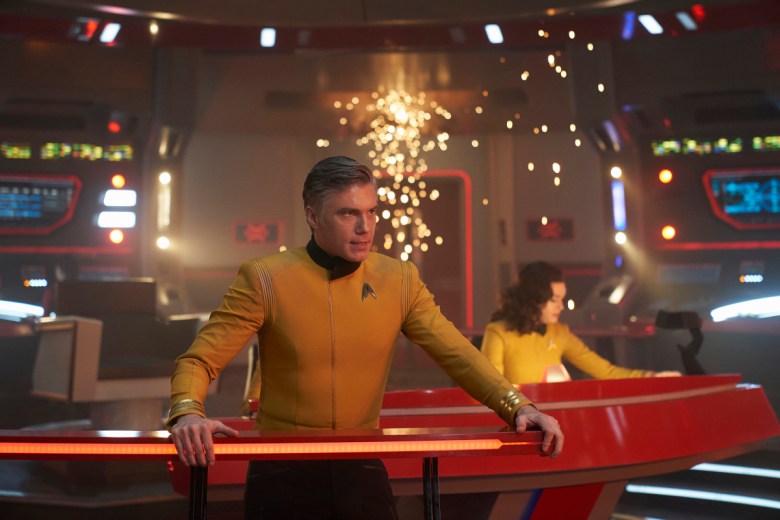 Many words could be used to describe the Season 2 finale of “Star Trek: Discovery.” One of them is not “quiet.” Picking up after last week’s cliffhanger ending, writers Michelle Paradise, Jenny Lumet, and Alex Kurtzman, along with director Olatunde Osunsanmi, pack the episode with intense action, as the crews of the Enterprise and Discovery work together (with the help of some surprise friends) to keep a massive stockpile of data away from the evil artificial intelligence known as Control (personified by Alan van Sprang).

From the frantic assembly of Burnham’s (Sonequa Martin-Green) time suit, to the epic space battle between the Enterprise, Discovery, and Control’s ships, to the impressive hand-to-hand, gravity-challenged fight between Control, Georgiou (Michelle Yeoh), and security officer Commander Nhan (Rachael Ancheril), there’s plenty of excitement packed into the episode, all topped off by “Discovery’s” visually rich spin on wormhole travel, as experienced through Burnham’s special suit — the vanishing effect as she plunges into the void is stunning, as is the visual of the Red Angel leading the Discovery into the future.

All of this culminates in a bold turn of events that was set up previously: the choice for the Discovery, with its skeleton crew, to leap forward over 700 years into the future, where theoretically Burnham’s mother Gabrielle (Sonja Sohn, who hopefully will be a part of Season 3) will be waiting. (Bonus points, by the way, for the way in which the “Discovery” VFX team emulated elements of the time travel sequence from “Star Trek IV: The Voyage Home.”) 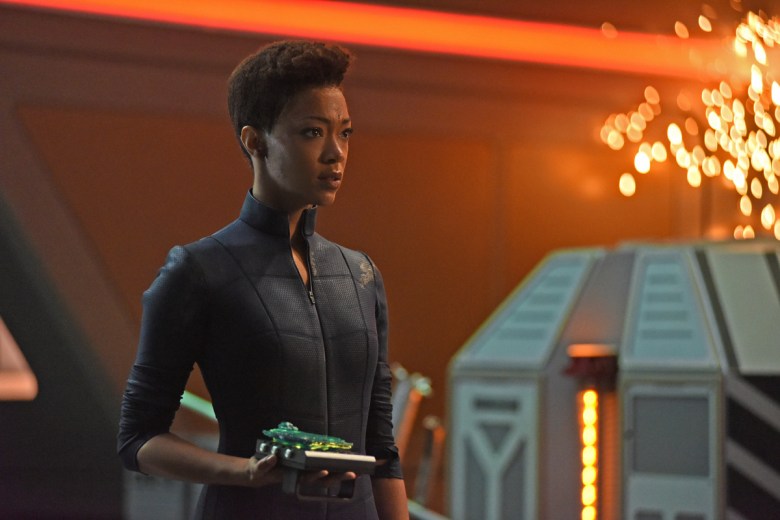 The end of the episode indicates that much of the show’s pre-established history is now set back on track: The Enterprise is restored to its gleaming operational glory, Pike’s pre-established path toward eventually becoming a head in a box still seems likely, everyone’s wearing the classic mock turtleneck uniforms, and Spock is now beardless. All mention of spore drive technology has been banned (thus explaining why other series, set in “Discovery’s” future, have never mentioned it) and Spock and his family swear to never speak Michael’s name again (explaining why his sister never came up before). For those who stayed behind in the year 2257, the future that lies before them is set to continue as planned, one featuring our old friends Kirk and Uhura, McCoy and Scotty.

Here’s the big question: Can we trust that the status quo has actually changed? It was previously announced that Anson Mount and Rebecca Romijn (and thus by extension Captain Pike and Number One) will not be returning to “Discovery” Season 3, and a good reason for that would be the fact that the show now takes place centuries from their present time. However, one-time series regulars like Shazad Latif’s character are still in 2257, while Georgiou (who is set to be the center of a Section 31-themed spin-off) was in the Discovery’s engine room when they made the time jump. There are plenty of loose threads as to what this time jump means for those characters, and plenty more beyond that. 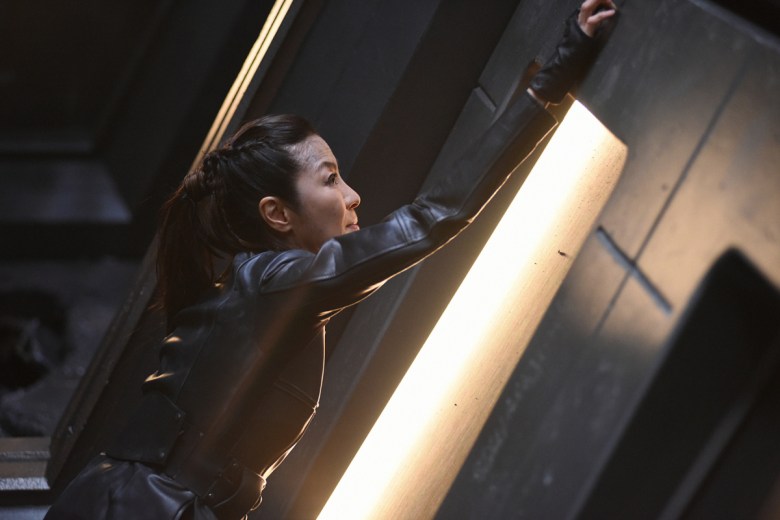 One reason to believe that the time jump is a permanent change for the series is an extended sequence in last week’s episode, followed by a series of character beats in the finale, which established the commitment of those crew members planning to make the leap forward in time (and thus leave behind their loved ones). Meanwhile, the goodbye between Spock and Burnham was sweet, believable, and most importantly well-earned after everything that happened this season. The emotional groundwork for ending this chapter of “Discovery’s” history — and moving onto the new one — was laid out in a way where if it does get reversed, it’ll feel like the greatest cop-out of all time.

In theory, this turn of events means that if the Discovery did successfully complete this massive leap forward in time (as hinted at by the final signal spotted by Spock), then Season 3 of the show is in completely uncharted territory, set to begin in a century that’s never been explored by other “Trek” series. After two seasons of dancing a complicated dance with established “Trek” continuity, it’s fun to imagine the relief the writers may be feeling about no longer having to consult on the trickiest aspects of canon, and exciting to think about those writers getting the chance to create an entirely new universe for this motley crew to explore.

The catch, of course, is that the show is also leaving behind the familiar elements of Season 2 — especially Mount as Pike, whose steady presence reminded fans what it’s like to watch a “Trek” series where the captain isn’t a lunatic — and its well-established time period. But ever since the series was announced, its title has had a touch of magic to it, one which thrills the imagination. It’s a chance for the show to discover a whole new path for itself, one which represents one of “Star Trek’s” best qualities: to evolve beyond its roots, while holding onto the values of its past.