Ellen Page and Olympia Dukakis co-star in the return of the beloved queer series, based on the books by Armistead Maupin. 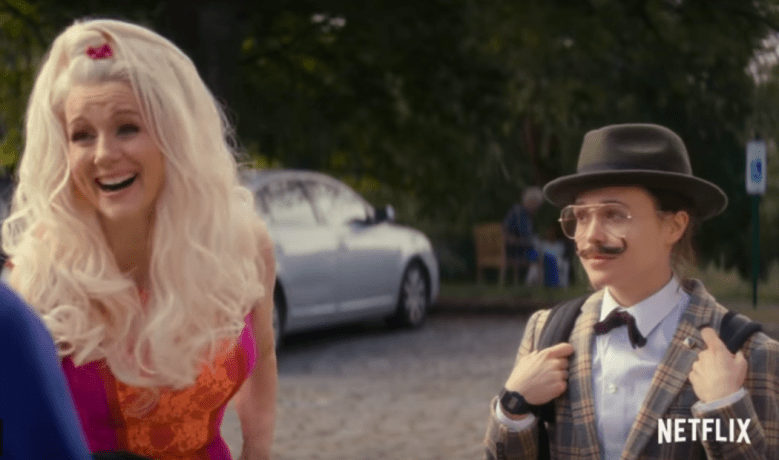 “Tales of the City”

Mary Ann Singleton is back at Barbary Lane, and the reunion is primed to inspire as many feelings as possible. Netflix is reviving the beloved queer show “Tales of the City,” based on the books by prolific San Francisco writer Armistead Maupin. The last time time she was seen onscreen was 1993, when Laura Linney played her for PBS. Linney returns — with her co-star from that production, Olympia Dukakis, as magical landlord Anna Madrigal — to the mythical house on Barbary Lane in which so many memories were made. The first trailer for the new series, below, is scored by Anohni’s gorgeous queer ode “For Today I am a Boy,” dialing up the tear factor to 100.

Per the Netflix synopsis, this next chapter of “Tales of the City” follows Mary Ann’s (Linney) return to “present-day San Francisco, where she is reunited with her daughter Shawna (Ellen Page) and ex-husband Brian (Paul Gross), twenty years after leaving them behind to pursue her career. Fleeing the midlife crisis that her picture-perfect Connecticut life created, Mary Ann is quickly drawn back into the orbit of Anna Madrigal (Dukakis), her chosen family and a new generation of queer young residents living at 28 Barbary Lane.”

Mary Ann’s decision to leave her family for a life in San Francisco was a bold choice from Maupin when he first began writing his serialized stories in the mid-1970s, and a reflection of the second-wave feminist movement for which San Francisco was a major hub. Maupin surrounded this woman doing it for herself with a wide array of gay, queer, and trans characters, all of whom help Mary Ann self-actualize. By returning her to the family she left behind, this new chapter in “Tales of the City” looks to address head on some of the most personal choices made by many in the women’s movement.

As previously reported, Page will play a lesbian in the limited series, and the trailer hints at a romance with “Girls” star Zosia Mamet. Another HBO favorite, Murray Bartlett of “Looking,” also features heavily in the trailer.

Netflix will release “Tales of the City” on June 7. Check out the trailer below.

This Article is related to: Television and tagged Ellen Page, Laura Linney, Tales of the City