The WWII drama could bring the director back to Cannes for the first time since winning the Palme d'Or with "The Tree of Life." 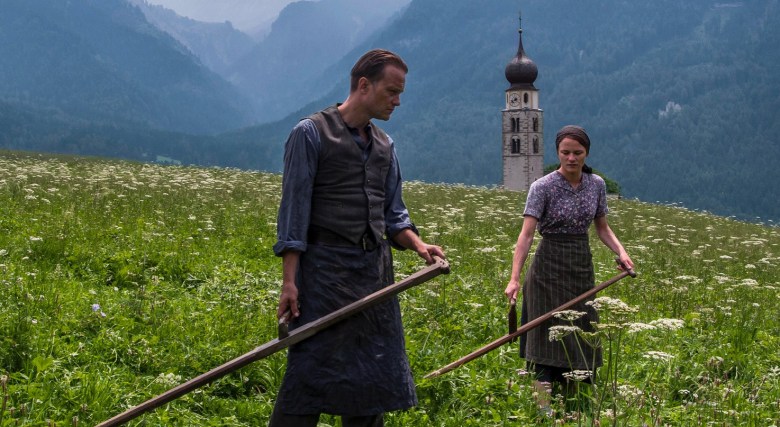 Terrence Malick’s upcoming WWII drama is officially titled “A Hidden Life,” a source close to the film has confirmed to IndieWire. The long-in-the-works film had been previously going by the title “Radegund.” The historical drama stars August Diehl as Franz Jägerstätter, a conscientious objector to World War II who was guillotined by the Third Reich in 1943. The supporting cast includes Valerie Pachner, Matthias Schoenaerts, and the late actors Michael Nyqvist and Bruno Ganz.

The industry is abuzz that “A Hidden Life” could world premiere at the Cannes Film Festival in May, bringing Malick back to the prestigious event for the first time since winning the Palme d’Or with “The Tree of Life.” Since then, Malick has premiered his movies at Venice (“To the Wonder,” “Voyage of Time”), Berlin (“Knight of Cups”), and SXSW (“Song to Song”). The filmmaker has been working on “A Hidden Life” for over two years now, which has led many to believe he’s finally ready to unveil it at Cannes.

Speaking at Washington D.C.’s Air and Space Museum in April 2017, Malick teased “A Hidden Life” would mark a return to a more narrative-driven storytelling structure after the looseness of “Song to Song” and “Knight of Cups.” Malick was in the editing room at the time and said the script was “very well ordered,” which is what he was trying to match in post-production.

“There’s a lot of strain when working without a script because you can lose track of where you are,” Malick said. “It’s very hard to coordinate with others who are working on the film. Production designers and location managers arrive in the morning and don’t know what we’re going to shoot or where we’re going to shoot. The reason we did it was to try and get moments that are spontaneous and free. As a movie director, you always feel with a script that you’re trying to fit a square peg into a round hole. And with no script, there’s no round hole, there’s just air. But I’m backing away from that style now.”

The title change from “Radegund” to “A Hidden Life” is the latest development in the film’s slow-moving path to release. Malick fans will find out if the film makes the Cannes lineup when the festival announces its 2019 slate on April 18.

This Article is related to: Film and tagged A Hidden Life, Radegund, Terrence Malick