Hollywood has a history of getting things wrong about race. 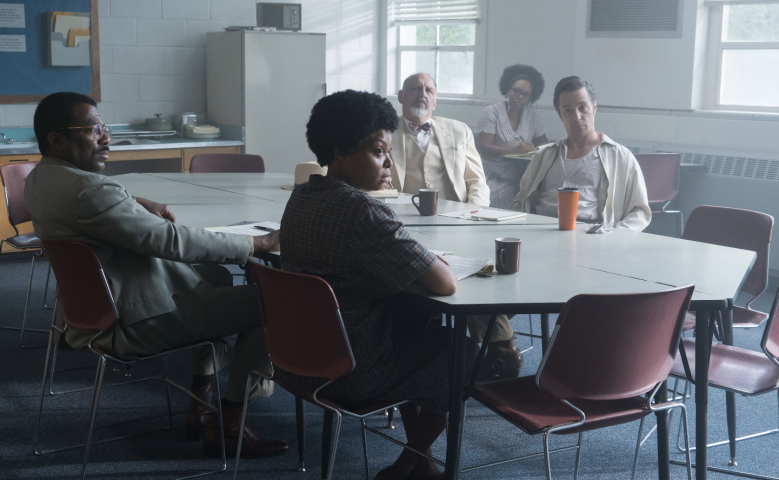 For better or worse, race-reconciliation movies are a longstanding Hollywood tradition. The formula is often the same: Stories are set in the Civil Rights era — from the mid-1950s through the early 1970s — and center on black-white relationships, with a white protagonist who is transformed by a relationship with a black person. There are exceptions, but in the crudest cases, the black person in question is usually just a narrative device for an emotional arc built around the white character’s transformation. And “The Best of Enemies” is the latest proof that Hollywood needs to find new ways to tell these stories.

This problem has some precedents in Hollywood. Prior to WWII, seminal films like “The Birth of a Nation” (1915) and “Gone with the Wind” (1939) helped formulate popular misconceptions of the Reconstruction with ahistorical portrayals of the antebellum South. “Birth” director D.W. Griffith asserted that he was simply depicting the historical truth, a similar defense mounted by filmmakers like “Green Book” director Peter Farrelly — a claim that may be apropos when the phrase “alternative facts” actually carries weight.

Now, America’s history of racial strife is being sanitized all over again, with recent films like “The Help,” “Green Book” and now “The Best of Enemies” (each written and directed by white filmmakers), which render darker aspects of Civil Rights era-struggle more palatable by trivializing them. Based on a true story, “The Best of Enemies” centers on the unlikely partnering up of outspoken civil rights activist Ann Atwater (Taraji P. Henson), and C.P. Ellis (Sam Rockwell), a local Ku Klux Klan leader who reluctantly co-chaired a community summit over the desegregation of schools in Durham, North Carolina during a racially-charged summer in 1971. 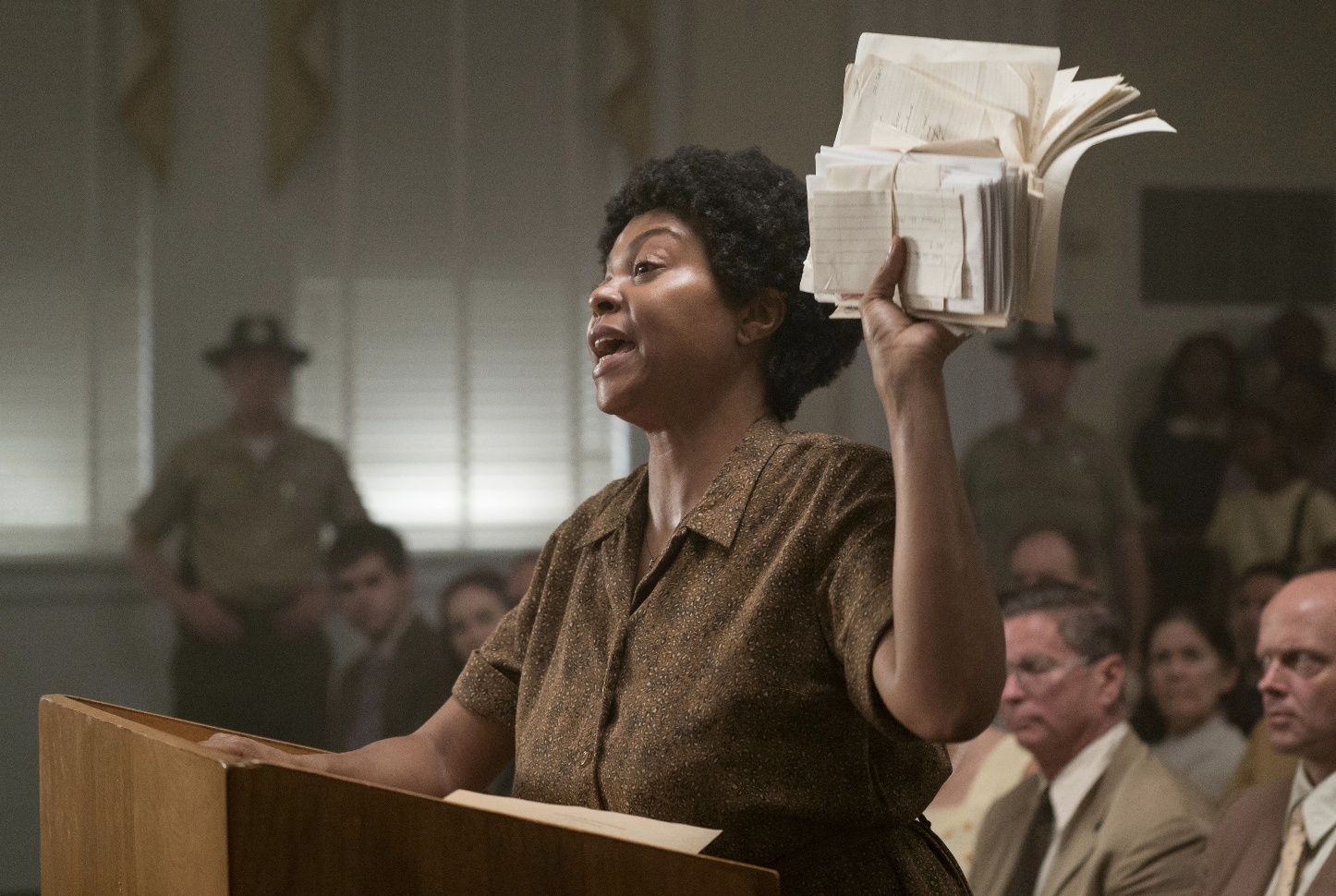 This approach often reflects a storyteller’s good intentions, as well as the tunnel vision of a particular cultural moment. A positive reading of “Gone with the Wind” is that its appeal lay in the resilient spirit of Scarlett O’Hara, who survived the ravages of the Great Depression and was optimistic about the future. That worked well for American audiences in 1939, who were reeling from the worst economic downturn in the history of the industrialized world. A similar rationale could be applied to Civil Rights era films like “Green Book” and “The Best of Enemies,” which come at a time when American moviegoers in general are likely more amenable to racially harmonious narratives, to escape the ugly resurgence of bigotry in response to (and within) the current administration.

But Hollywood’s response is uninspired, to say the least — it preserves an ahistorical perspective of the way white supremacy has casually co-existed in modern-day democracy.

Audiences are routinely fed a saccharine treatment of racial conflict in movies that center the transformations of white protagonists (whether real or concocted), in what ultimately becomes a sort of interracial buddy-comedy-drama, as is the case with films like “The Best of Enemies” and “Green Book.” These movies shield white audiences from the true horrors of the period, particularly the physical and psychological toll on many black people faced with intimidation and violence, by relegating them to supporting roles in their own fight for freedom and recognition.

And they often rely on blunt caricatures. Borrowing a page from “BlacKkKlansman,” the Ku Klux Klan at the center of “The Best of Enemies” is portrayed in comical terms. The movie gives audiences permission to laugh at them, deservedly so. But while “BlackKklansman” countered this reaction with a reality check about the Klan’s resilience, “The Best of Enemies” falls short of conveying just how much the group was once a genuine source of dread for African Americans — a terrorist organization that wielded real power and influence during the Jim Crow era. While satire can be an effective way to disempower an ideology, white supremacy is not a punchline, especially at a time when such hate crimes are on the rise once more.

Another Hollywood tactic common to these racial reconciliation narratives is to employ the “Magical Negro” trope, a character whose function is to serve as a mirror for the white lead to see himself more clearly, sometimes at the expense of the black character’s own life. As in “Green Book,” audiences are given a far more complete view of the white character’s life in “The Best of Enemies”  — Ku Klux Klan leader C. P. Ellis — but the black character, Ann Atwater, exists only as a tool to aid in Ellis’ transformation. While we learn that she’s a single mother to four children, the film gives the character no life outside of her motivation to have an effect on Ellis.

Clearly, audiences still approve of these sanitized history lessons. “Green Book” and “The Help” won a total of four Oscars, collectively grossing over $520 million worldwide. The appreciation for racial-reconciliation movies hasn’t changed since the reception for “Driving Miss Daisy” was released 30 years ago.

Last year’s “Get Out” delivered the ultimate repudiation of this approach, in part because it served as a protest against safe “race movies.” With the now-iconic “I would’ve voted for Obama a third time” line, it was a reminder that a “post-racial” America remains a distant fantasy, and that reconciliation doesn’t always come with the kind of ease and jocularity that “The Best of Enemies” suggests.

Although sometimes presented comedically, it’s made clear that Ellis is no friend of black people. Early, he is shown leading his Klan subordinates in shooting up a white woman’s house — with her in it — because they learn that she’s dating a “nigger.” He won’t sit with black people, as evidenced in a scene in which he avoids occupying any space close to Atwater by moping about the room, staring at everything but her, while Atwater’s grimaced face follows his every step. As the owner of a gas station, he won’t serve black people. He doesn’t hesitate to call them “niggers” (or the more cartoonish “nigras”) in their presence. And he certainly won’t condone having his children attend the same schools as black children.

Ellis’ transformation from Klan leader to publicly renouncing his membership to the Klan arrives with a lengthy, rousing speech, and it comes with what the film suggests was a relatively short period of time. But it’s unclear what ultimately forces this change. The real-life battle between Atwater and Ellis unfolded over a decade, but the story the film tells unfolds over just two weeks, capturing the period during which the pair co-chaired a community summit to reach a ruling on a court-ordered school desegregation decree. And so any transformation of Ellis that might have begun much earlier during that decade-long period is completely lost in the film.

This underscores a key flaw in director Robin Bissell’s script. With the emphasis put on Ellis’ transformation, Bissell gives far more attention to (and clearly has more empathy for) the Klan leader than for Atwater, who wears an almost permanent scowl and is relegated to the background. The same goes for her children, and the black kids whose futures hang in the balance as they await a ruling on the sort of an education they will have. This renders it a story of absolution in which the person who becomes a “civil rights hero” for taking a stand against school segregation is the transformed Ku Klux Klan leader, instead of the the woman who fought tirelessly against a perversely racist power structure. 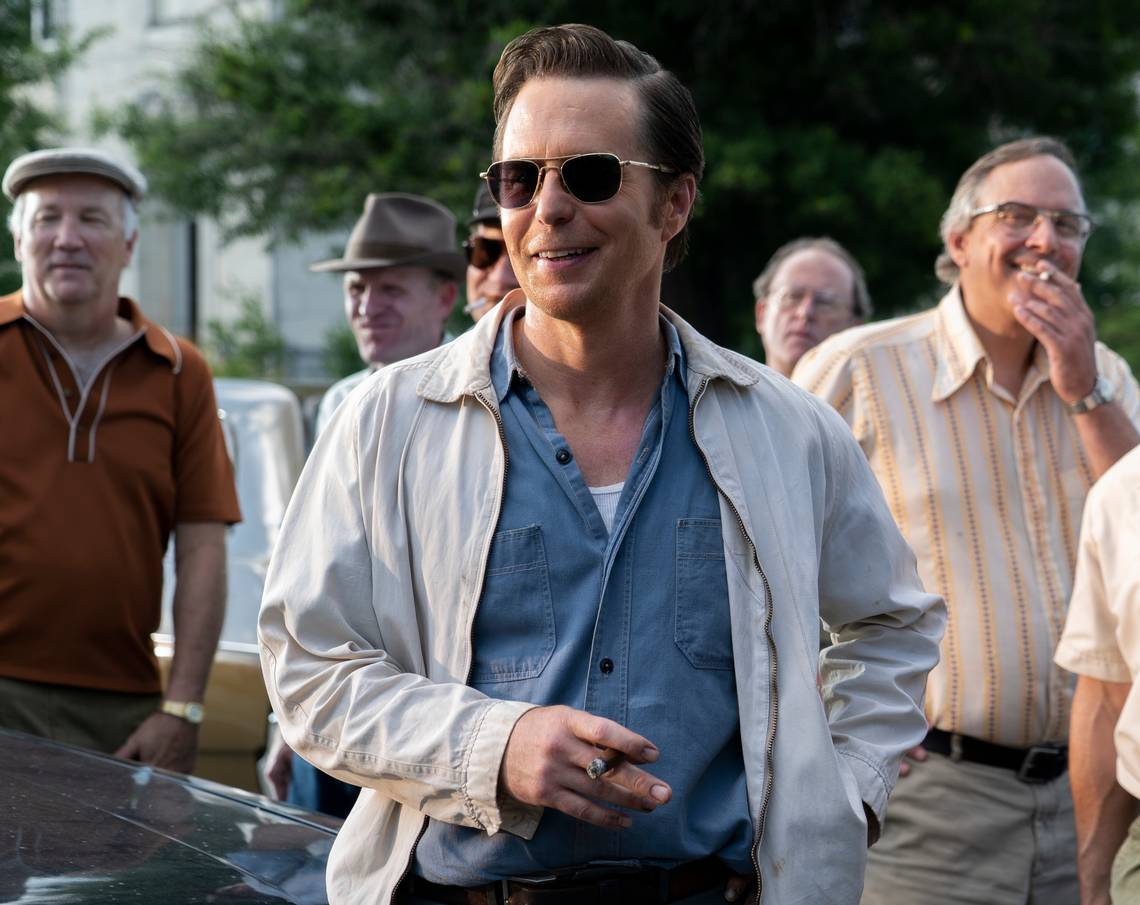 The more successful representations of the Civil Rights era have come from the documentary realm, including Spike Lee’s examination of the 1963 Birmingham church bombing, “Four Little Girls,” (1997), and Stanley Nelson’s “Freedom Riders” (2010), which chronicled the efforts of civil rights activists who challenged the United States Supreme Court 1946 rulings that segregated public buses were unconstitutional. Most notable is the landmark 1987 documentary series “Eyes on the Prize,” which chronicles every major chapter of the Civil Rights movement, from the Montgomery bus boycott of 1954, school desegregation in 1957 Arkansas, the right-to-vote battle within Mississippi, the march from Selma to Montgomery, Alabama, and the passage of the Voting Rights Act of 1965.

Some may defend the simpler Hollywood storytelling for its good intentions. After all, since we do have these satisfactory non-fiction offerings, why not let white audiences enjoy their sugary alternatives? But Hollywood plays a key role in shaping the nation’s historical consciousness. According to recent reports, reading is at an all-time low; people absorb their history from the narratives they can passively absorb. The messages filmmakers communicate, whether in direct or subtle terms, can shape an audience’s ideas about the influence of the past on the present.

So it would behoove filmmakers behind each of these sanitized racial reconciliation narratives to ask themselves: Does the story do justice to history? And if not, why? Is there a better narrative solution that might avoid changing representations of the past? If the answer is no, it might be time to go back to the drawing board.

This Article is related to: Film and tagged Sam Rockwell, Taraji P. Henson, The Best of Enemies