Trevor Noah's on-set conversations with audience members have increased the show's online visibility over the past year. 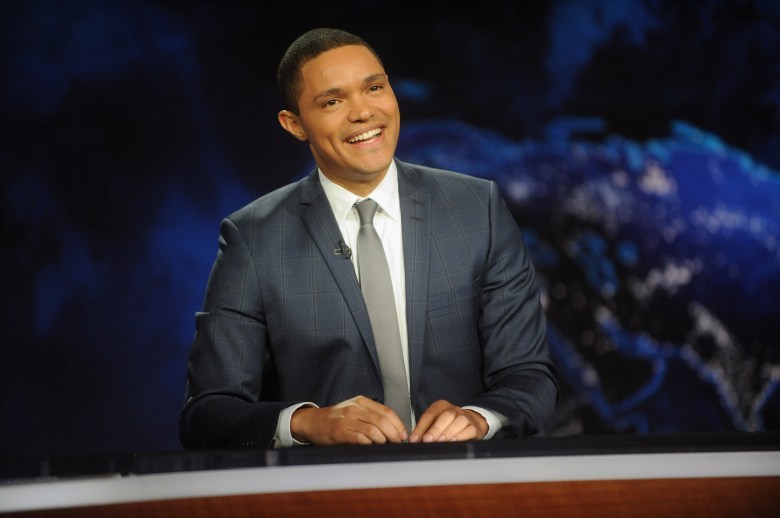 If you’ve seen a clip from “The Daily Show” over the past few months, there’s a good chance it’s a segment that never actually aired on the show itself. Recently, show host Trevor Noah has gone beyond the Comedy Central series’ usual format to offer thoughts on recent headlines and for more off-the-cuff conversations with staff and audience members that happen while “The Daily Show” sets up its next segment.

Comedy Central’s parent company Viacom announced today that it would be expanding the digital efforts of “The Daily Show,” spinning those online exclusive clips into an increased “presence with several new digital exclusive formats and series in development.”

Noah’s frequent “Between the Scenes” feature now has its own dedicated YouTube playlist on “The Daily Show” channel and has been broadened to include conversations with recent high-profile guests like Oprah Winfrey and Bernie Sanders. These clips have been updated throughout Noah’s hosting tenure, stretching as far back as summer 2016.

One particular clip from after last year’s World Cup, responding to criticism from French ambassador Gérard Araud, not only gave Noah a chance to defend one of the show’s jokes, but speak to a bigger conversation about France’s history towards multiculturalism. As of now, the eight-and-a-half-minute clip stands as the 10th-most viewed in the Noah era.

This “Daily Show” expansion comes as part of a massive wave of programming proclamations from across Viacom’s holdings. In addition to reconfirming news of David Spade’s new Comedy Central series, the company also announced a number of additional series coming to YouTube, Facebook Watch, and other streaming outlets.

One such program in that list is “Black Coffee,” a morning talk show hosted by Marc Lamont Hill. Per Viacom, the BET digital series, which will stream across multiple platforms, aims to “make sure viewers ‘stay woke’ by catching up with Black Twitter’s liveliest conversations. Marc will be joined by guests representing some of this generation’s most influential voices and the show will feature daily Twitter exclusive discussions around some of social media’s trendiest topics.”

Among the upcoming Nickelodeon offerings are SpongeBob SquarePants trivia game show, a dance-off competition series hosted by Jayden Bartels, and an interview show focused on catching up with Nickelodeon stars of the past.

This Article is related to: Television and tagged Comedy Central, The Daily Show, Trevor Noah