The Dark Universe is no more, but the monsters aren't going anywhere. 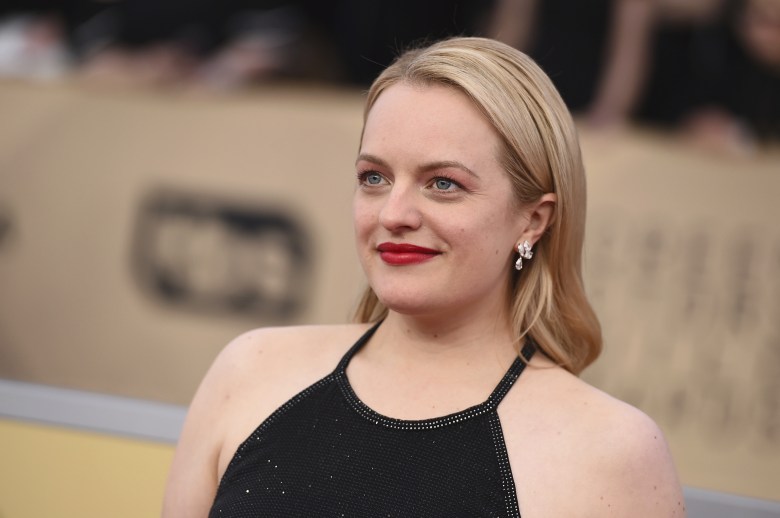 It would appear that “Us” won’t be Elisabeth Moss’ only collaboration with powerhouse production company Blumhouse. The Emmy-winning “Mad Men” and “The Handmaid’s Tale” star has joined “The Invisible Man,” a reboot of the classic monster movie that Jason Blum’s genre-centric studio is producing alongside Universal. Leigh Whannell (“Upgrade,” “Insidious: Chapter 3”) is helming the project, which was originally announced as part of Universal’s Dark Universe — a venture that was scrapped after the rocky reception to 2017’s “The Mummy.”

It’s been a good month for both Moss and Blumhouse, with “Us” already raking in more than $220 million worldwide against a $20 million budget; its opening-weekend haul of $71 million is the highest ever for a horror film not based on an existing property. The studio behind “Get Out” partnered with director Jordan Peele once again on their continued fruitful collaboration, and Blumhouse may hope to begin a similar relationship with Moss as a talent associated with the brand.

And though the actress is best known for her TV work — she received four Emmy nominations and a Golden Globe nod for “Mad Men,” won a Globe for “Top of the Lake,” and has won both an Emmy and a Globe for “The Handmaid’s Tale” — she’s highly active on the silver screen as well. “Her Smell,” Moss’ third collaboration with writer-director Alex Ross Perry after “Listen Up Philip” and “Queen of Earth,” arrives in theaters today after premiering in Toronto last fall; she has also appeared in “The Old Man & the Gun,” “The Seagull,” and Ruben Östlund’s Palme d’Or–winning “The Square” in recent years.

Johnny Depp was announced as the star of “The Invisible Man” when the Dark Universe was first announced three years ago, but his involvement ended before it ever began. Blumhouse and Universal also collaborated on last year’s “Halloween,” which grossed $253 million and was made for $10–15 million.

This Article is related to: Film and tagged Blumhouse, Elisabeth Moss, The Invisible Man