Netflix will release "The Irishman" in theaters and on its streaming platform sometime this fall. 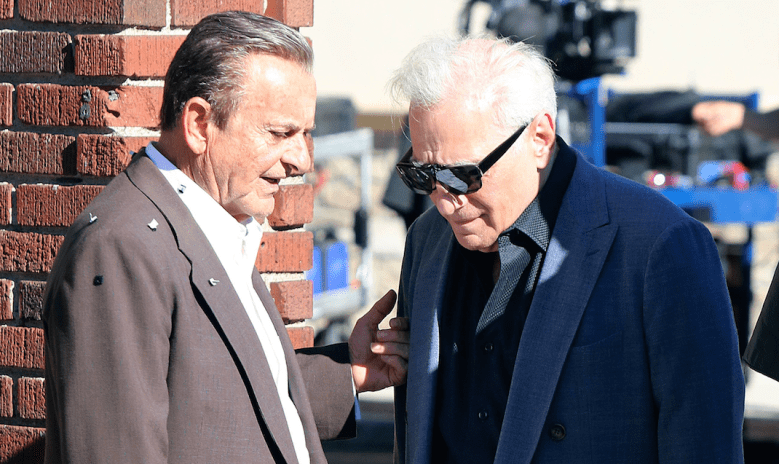 Martin Scorsese’s longtime editor Thelma Schoonmaker may not want moviegoers to think the director’s upcoming gangster drama “The Irishman” is anything like his genre classic “Goodfellas,” but producer Jane Rosenthal says the two Scorsese movies do share a wicked sense of dark humor. Rosenthal, who is also the co-founder of the Tribeca Film Festival, tells Variety the humor in “The Irishman” is one reason moviegoers will want to see the film in theaters and not settle for streaming it on Netflix.

“There will be some sort of theatrical component,” Rosenthal said of the movie. “You have to have that. It’s a different experience than watching it at home. In a theater, you may start to laugh at something because the people next to you are laughing — and ‘The Irishman’ is very funny, much like ‘Goodfellas’ was funny.”

Rosenthal continued, “Marty is a genius in the way his shots move. You see them differently on a big screen. I watched ‘Roma’ in a theater, and the clarity of the black and white on a big screen was so beautiful. You miss that when you watch it at home on your computer. But at the same time you have a situation where audiences have more power than ever before over how they want to watch something.”

While “The Irishman” is backed by Netflix, the streaming giant has already announced it will give the film some kind of theatrical rollout. In the teaser trailer that dropped during the Oscars, Netflix said “The Irishman” would be in theaters and on Netflix this fall. Most box office pundits believe Netflix will follow a similar rollout to “Roma,” which had an exclusive three week run in theaters before hitting Netflix. “The Irishman” is expected to be one of Netflix’s top Oscar contenders come the end of the year.

“The Irishman” reunites Scorsese with longtime muse Robert De Niro, who plays an aging gangster who looks back at his life and his involvement with Jimmy Hoffa, played by Al Pacino. The cast also includes Harvey Keitel and “Goodfellas” Oscar winner Joe Pesci.

This Article is related to: Film and tagged Jane Rosenthal, Martin Scorsese, The Irishman