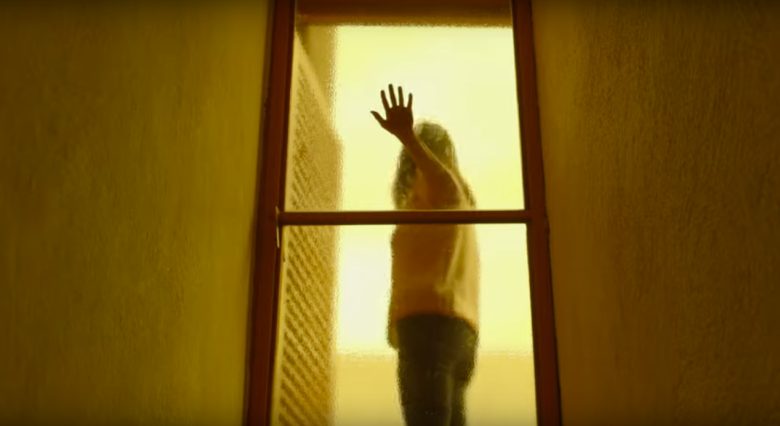 The last chapter in an ongoing project that began in 2013, provocateur conceptual artist Jill Magid is making her feature film debut with an experimental art documentary. Becoming a character in the film herself, Magid shares her efforts to photograph the work of Mexican architect Luis Barragán — the bulk of whose archives are owned and controlled by a powerful private corporation. “The Proposal” played at Hot Docs and the Tribeca Film Festival to positive reviews in 2018, and is executive produced by Laura Poitras.

The official synopsis reads: “Known as ‘the artist among architects,’ Luis Barragán is among the world’s most celebrated architects of the 20th century. Upon his death in 1988, much of his work was locked away in a Swiss bunker, hidden from the world’s view. In an attempt to resurrect Barragan’s life and art, boundary redefining artist Jill Magid creates a daring proposition that becomes a fascinating artwork in itself — a high-wire act of negotiation that explores how far an artist will go to democratize access to art.”

In her quest to research Barragán, Magid became spy, journalist, and lawyer, forever altering the story she was trying to observe.

“I believe that it is crucial to discuss how artistic legacy is constructed, shaped, and manipulated,” writes Magid in her director’s statement. “Does allowing the public to engage with an artwork in various ways and from multiple perspectives threaten its integrity, or make it more integral to society over time? … With this film, I wanted to capture the overwhelming beauty of his work while simultaneously questioning the legal challenges one faces to do so.”

Magid’s performance-based work is known for blurring the lines between art and life. She has had solo exhibitions at London’s Tate Modern and New York’s Whitney Museum of American Art and Gagosian Gallery, among other places. She is the recipient of the 2018 Calder Prize, partly in recognition of a performance commissioned by the Whitney Museum based on work by renowned American sculptor Alexander Calder.

Oscilloscope Laboratories will release “The Proposal” at the IFC Center on May 24. Check out the intriguing trailer below.

This Article is related to: Film and tagged Laura Poitras, Oscilloscope, The Proposal