“The First Purge” director spoke to IndieWire about how “Replay” lives in the same universe as “Get Out.” 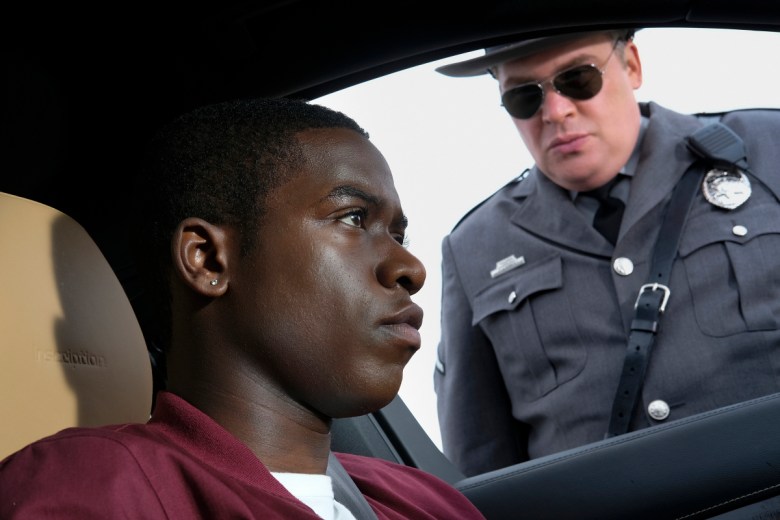 Over and over again, black motorists in America have been victims of the racial profiling and now this act has been brought to terrifying life on “The Twilight Zone.” In the latest episode “Replay,” director Gerard McMurray takes on that real-life recurring nightmare and dramatizes it through a camcorder that literally rewinds time.

Interpreting the black experience through the lens of horror brings to mind Peele’s directorial debut “Get Out,” which McMurray acknowledge is a fair comparison.

“It’s in the same universe for sure in a lot of ways, but it’s just across the universe,” he told IndieWire. “Ours pushes the boundaries in that it’s more pointed. We replay this over and over so you can understand this stuff happens in the real world, which we see replayed and replayed over and over again. I felt we made it more personal, made it more real.”

Written by Selwyn Seyfu Hinds, the episode stars Sanaa Lathan as proud mother and lawyer Nina, who is driving her son Dorian (Damson Idris) to Tennyson University. She’s suddenly discovered that her camcorder, which she uses to document her son’s college-bound journey, can rewind time to avoid tragedy. Despite this handy tool, she can never seem to reset to a timeline where police officer Lasky (Glenn Fleshler) doesn’t follow and threaten them. 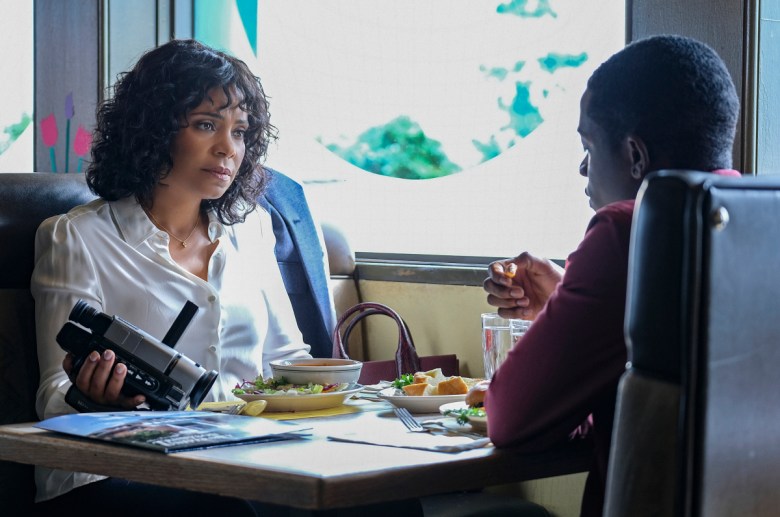 Sanaa Lathan in “The Twilight Zone”

The rewinding is a storytelling device that was first seen in the 2003 episode “Rewind,” in which a gambler uses a tape recorder to rewind time and try to beat the house. Since this unexplained, magical element is what gives the episode its “Twilight Zone” flavor, McMurray wanted to have the rewound scenes an experience unto themselves.

“I wanted it kind of fresh and cool, to feel like a hip-hop montage,” he said. “That was part of my vision to give it that cool ’Twilight Zone’ weirdness.”

The episode also lives in the greater “Twilight Zone” universe through its rich visual Easter eggs, many of which can be seen in the opening scene where Nina and her son eat breakfast at a diner before heading out on the road. That scene has direct references to the Season 2 episode “Nick of Time” starring William Shatner as a man who uses a tabletop fortunetelling device called the Mystic Seer at the Busy Bee Cafe. “Replay” also starts off at the Busy Bee, includes a glimpse of the Mystic Seer, and even a clock with hands reading 3 p.m., the same significant time seen in “Nick of Time.”

“We sprinkled Easter eggs throughout the whole thing, the producers, me, and the art department,” said McMurray. “The production designer [Michael Wylie], that guy was really great. It was really a team effort to pay homage to the original series.”

“Replay” also follows the tradition for Peele’s “Twilight Zone” reboot by dropping references to current episodes. The cop’s name Lasky is also the name of the street that standup Samir Wassan (Kumail Nanjiani) lives on in “The Comedian,” and the recurring number “1015” that plagued trapped airplane passenger Justin Sanderson (Adam Scott) on Flight 1015 is also seen in Lasky’s Virginia license plate. 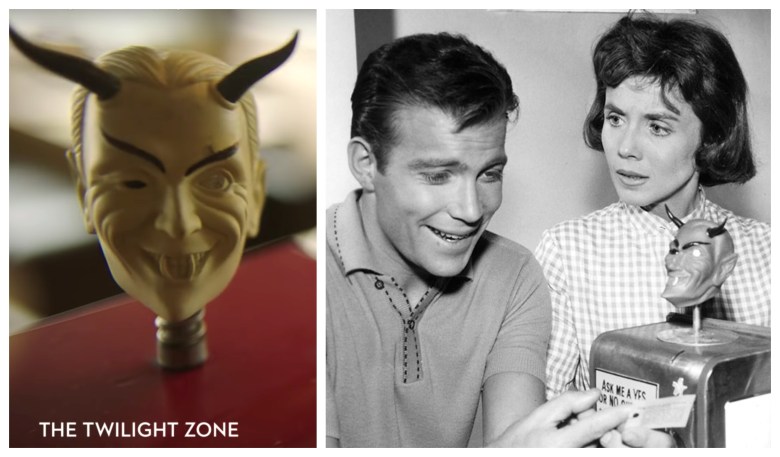 More importantly though, “Replay” pays homage to Rod Serling’s purpose to shine a light on society’s ills through televised allegory. This is where McMurray is particularly suited for this episode since he’s no stranger to reflecting onscreen the disturbing injustices of the black experience. His first film, “Burning Sands,” delves into the extreme hazing that five pledges endure to join the black fraternity Lambda Lambda Phi. His follow-up, “The First Purge,” is the fourth in the “Purge” franchise and features mercenaries, white nationalists, and KKK members all set free to murder and break laws for the space of 12 hours.

For “Twilight Zone,” McMurray plays with the viewers the very first time Officer Lasky is seen. He’s about to enter the Busy Bee Cafe, but only his torso and arms are seen. Not only does the cause the viewer to wait to see the face of authority, but it also frames the body similar to how a car window frames the body of an officer who has pulled someone over.

“I wanted to create suspense and tension, to feel that cop by you. That’s real-world horror. I based it on the experiences of real-life people like Philando Castile, like Sandra Bland,” said McMurray, citing two black drivers who died shortly after getting pulled over by the police. 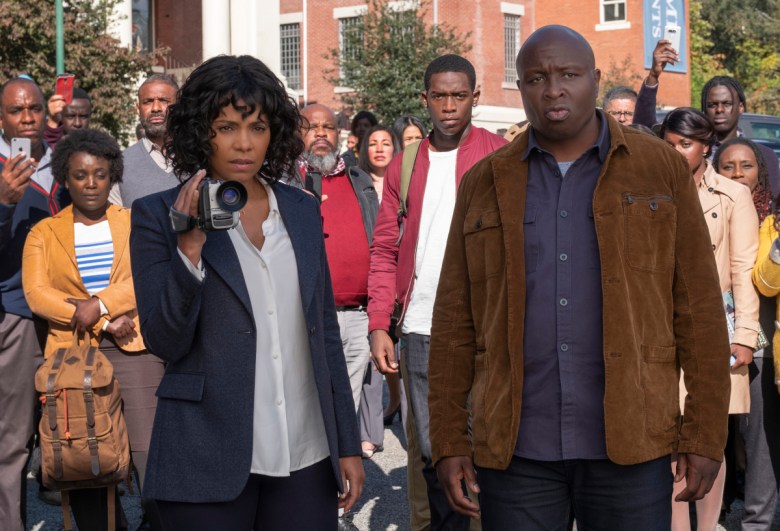 In the end, Nina stops running away from Officer Lasky or trying to fix the problem by rewinding her camcorder. Instead, she presses “Record,” and the other students and family members at Tennyson follow her lead with their phones. This forces the cops to be accountable for their actions, reflecting the real-life strategy people employ by using apps like “Driving While Black” and “Mobile Justice.”

“We see it all the time when people getting shot on camera, and the people record it [as evidence],” said McMurray. “I want people to experience that, what that feels like for a black man in America.”

”The Twilight Zone” streams new episodes on Thursdays on CBS All Access.

This Article is related to: Television and tagged CBS All Access, Gerard McMurray, The Twilight Zone, TV Interviews