"Tom Holland gets his lines and that’s it," co-director Joe Russo at the "Avengers: Endgame" Indian Anthem event. 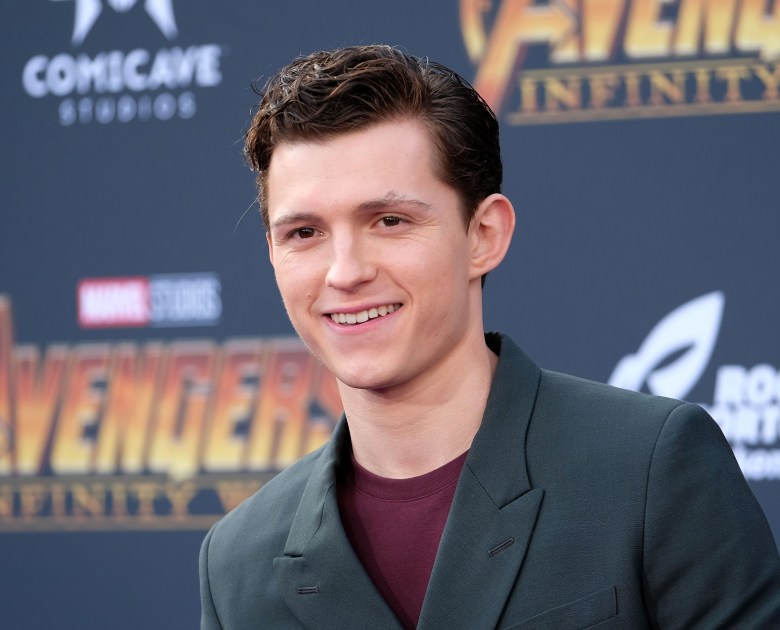 Tom Holland has struggled with keeping the secrets of the Marvel Cinematic Universe, which is why “Avengers” directors Anthony and Joe Russo decided the only way to protect “Endgame” spoilers was to not give Peter Parker himself the script for the movie before or during production. During the “Avengers: Endgame” Indian Anthem event on April 1, Joe Russo confirmed Holland was denied the screenplay because he just can’t be trusted.

“Yeah, Tom Holland does not get the script,” Joe Russo said. “Tom Holland gets his lines and that’s it. He doesn’t even know who he’s acting opposite of. We’ll just, we use like very vague terms to describe to him what is happening in the scene, because he has a very difficult time keeping his mouth shut.”

Holland teased as much at ACE Comic Con Phoenix last year when he told fans that during the filming of fight scenes he had no idea who exactly his character was going up against. Holland said, “The Russo Brothers are like ‘so you’re just standing here, and you’re fighting this guy and just do whatever,’ and I’m like, ‘Okay, who am I fighting?’ And they were like, ‘Well, we can’t tell you because it’s a secret.’ I’m like, ‘Okay so what does he look like?’ And they’re like ‘well, we can’t tell you because that would give it away’…I’m just standing there punching the air for 15 minutes and when I took the job I didn’t think that’s what I’d be doing. I’ve gotten used to it now.”

The Holland-doesn’t-get-a-script protocol was enacted because of moments like when the actor indirectly spoiled the ending to “Avengers: Infinity War” while introducing a special screening of the film last year. Holland says he was notified the audience had already seen the movie, so when he walked on stage he shouted, “Don’t worry, I’m still alive!” The line referenced Spider-Man’s death during the climax of “Infinity War.”

Other examples of Holland spoiling the MCU is when he alluded to the Quantum Realm playing a significant role in “Endgame,” which had been a popular fan theory following the release of “Ant-Man and the Wasp” but had not been talked about by Marvel executives or the “Endgame” directors and screenwriters. A montage video of Benedict Cumberbatch preventing Holland from revealing spoilers during their “Infinity War” press tour went viral in April 2019. Cumberbatch’s efforts to protect the spoilers were later praised by the Russo brothers.

This Article is related to: Film and tagged Joe Russo, Tom Holland