Thanks to Twitter and WGA goodwill, it might not be bad — and could even present a silver lining for struggling writers. 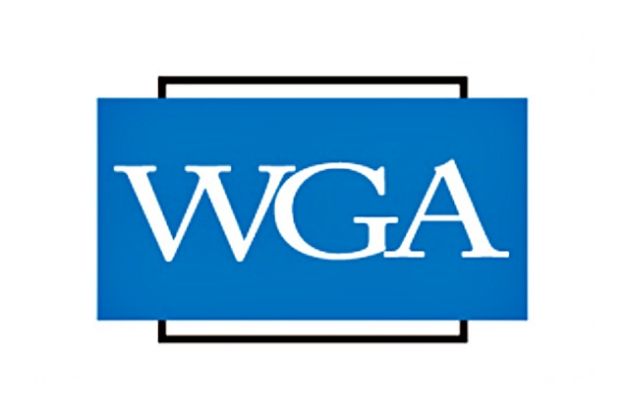 TV writers’ jobs are not going away. The ATA-WGA standoff, which has left the big agencies like CAA and WME without the necessary guild authorization to represent writers, will not derail the 2019-2020 TV season. For the large percentage of those 500 scripted series set to debut or return this fall, Hollywood has entered staffing season — the time when showrunners load and reload their writers’ rooms.

For weeks now the trades, led by Deadline, have painted a picture of an industry and staffing season that will be thrown into utter chaos, with the business coming to a screeching halt. However, some observers say it’s the perspective of those who benefit from maintaining the status quo, and no one doubts that all writing staff positions will be filled — although, exactly how they will be filled remains an open question.

A number of established writers and TV executives point to the often-ignored fact that, in some respects, agencies already laid the staffing-season groundwork. While that season is April and May, it’s in January and February that agents start pitching their clients to TV executives. 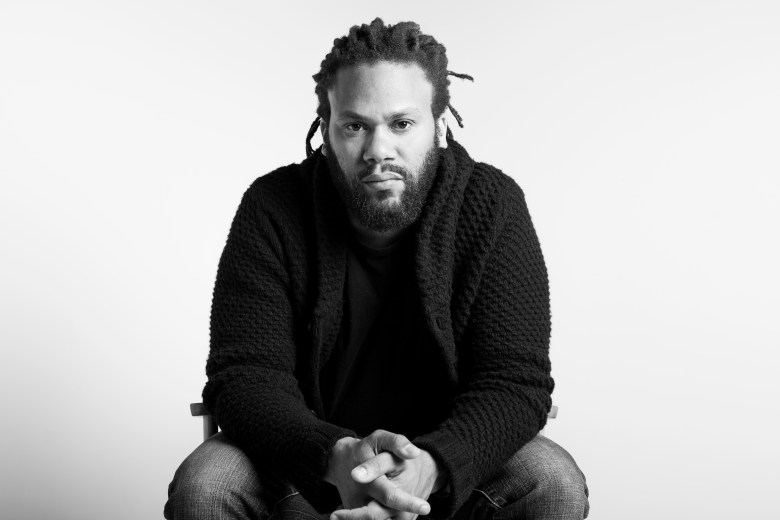 “Showrunners normally do get pitched clients by agents, but they are also being pitched writers whom networks, studios and production companies have already read and liked,” said Javier “Javi” Grillo-Marxuach, a veteran producer-writer who worked on “Lost,” and “Law and Order: Special Victims Unit.” “The idea that the agency is the only person who can bring a writer to a showrunner is erroneous. There’s an entire set of steps by which an agent creates a critical mass of buzz around their writer, so that they can get to the showrunner.”

Where Leonard, Grillo-Marxuach, other writers, the WGA, and even agents agree, is who will be hurt by an agent-less staffing season. Senior writers with established bodies of work, reputation, and professional networks are not worried about finding work in a world of 500 scripted series. For low-to-mid level TV writers — those with up to a few years of staffing experience — it’s a career stage when a good agent is vital.

“I never would have gotten my first three writing jobs without my agent,” said one veteran TV writer, a sentiment repeated by a number of veteran writers who spoke with IndieWire for this article. “When you are starting off, your agent is the one connected person vouching for you and getting your submissions read.”

To help address this problem, the WGA established a submission system on its website. Shows may register, and any of the guild’s 13,000 members may submit. Yet according to number of sources, this database is only helpful in allowing executives to search for writers based on the their previous work experience.

Leonard’s Black List, which is free for WGA members, is another tool available for junior writers that offers a far more robust set of search tools. An executive on a hospital procedural could do a search as granular as looking for a highly rated Black writer with a medical background.

Yet maybe the most exciting and unexpected tool to emerge from the WTA-ATA disruption evolved on social media with the #WGAStaffingBoost hashtag, designed for established writers to help junior writers fill the void left by agents. “Shameless” and “Walking Dead” writer-producer LaToya Morgan got the ball rolling.

#WGAStaffingBoost hashtag, Scribes! If you’re a writer looking to staff this season, I want to help you out. Reply with a few sentences about what kind of writer you are & why showrunners should give you a shot, and I’ll give you a #WGAStaffingBoost.

Grillo-Marxuach followed suit with #wgasolidaritychallenge, in which senior level writer-producers promise to read submissions and use their networks to help newer writers hurt by the two guilds’ dispute.

“It’s really about using the platform I have to give people exposure and say, ‘Hey I’ve read these writers, if you are interested in staffing them, or people like them, let me know and I’ll let you know what I thought of their material,” said Grillo-Marxuach. “I want people to feel like the writing community is not a bunch of competitors that are willing to eat each other, but the writing community can actually embrace and nurture their own.” 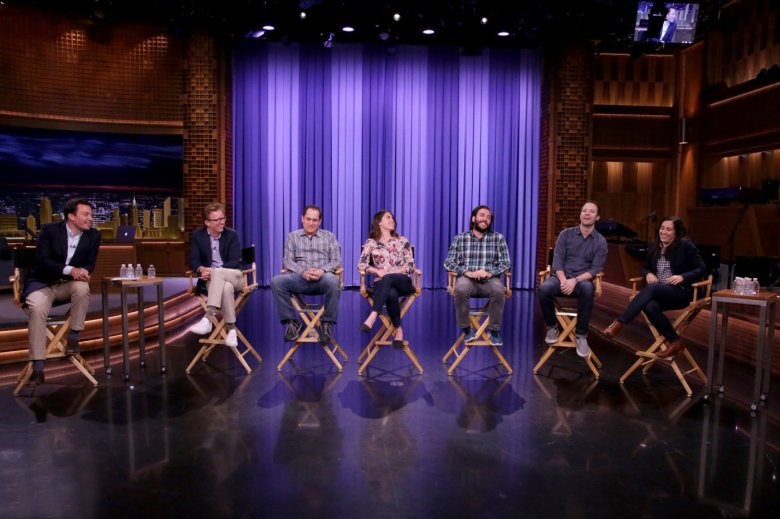 Grillo-Marxuach admits he’s been pleasantly surprised by how the hashtags spurred so many other senior level writers to pitch in. He’s also surprised how they have given some writers a shot they could never have expected in a world with agents.

For well over a year, aspiring screenwriter Matt Wilson hasn’t been able to get anyone to read his scripts. Although he’s less than two years out of college, Wilson is 35 years old; he served 12 years as a Marine before attending Columbia undergrad. Last TV staffing season, he came out to Los Angeles to network, but without connections or representation he left with little in the way of contacts. Worse still, internships and low-level entry positions — he applied for over 500 — were closed off, because, as he told IndieWire, “who wants to tell a 35-year-old Marine to get him coffee.”

In the last week, Wilson has gotten his staffing submission read by a network procedural, while also receiving offers of established writers to read his material, when he replied to Morgan’s #WGAStaffingBoost.

I write dark comedies and dramas drawing from my 12 yrs as a US Marine. You should hire me b/c I provide unique view of the mil exp. and the events that have shaped the world since 9/11. Also, I was a sniper and will be a big help when the zombies come for us. #WGAStaffingBoost

It’s stories like Wilson’s, and a number of women of color writers who gotten their names out there through Twitter, that have led a number of WGA members to see the possibility that this disruption will be a positive one.

“One of the things that this has done is it’s shaken a lot of writers out of their bubble,” said Grillo-Marxuach. “Maybe we can be open to reading a different type of writer than I’ve been looking at, and maybe I’ll be able to find something useful to me and that opens up a lot of opportunities to people who have had trouble getting into the system.”

Leonard, a leading diversity advocate in Hollywood, has been encouraged by what he’s seeing on Twitter, but worries that it only represents a subsection of the WGA community. Between the calls of chaos and a sense of utopian writers’ community on Twitter, he sees a far more predictable outcome.

“When you are in a triage situation like this, and the industry already functions in a state of triage, people end up taking the path of least resistance,” said Leonard. “Now that you don’t have the agencies putting more people in front of showrunners, there is the possibility that some folks will just rely on the people who they know, or the people they know know, and we can come to some pretty obvious conclusions of what that will be.”

In other words, a more extreme form of the norm. As the WGA has been fond of repeating this past week, “writers hire writers,” and of course that often means hiring from within one’s professional network.

A sense of business as usual, of course, is the enemy of the ATA, which has not only spun the narrative of chaos, but also has fought to create grey areas in the WGA’s new strict Code of Conduct. 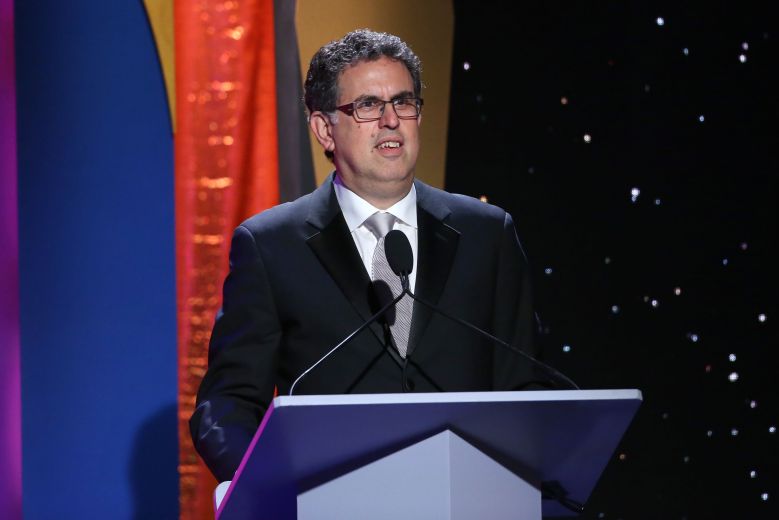 WGA West president David A. Goodman at the 2017 WGA Awards

“Agencies will continue to represent all writer clients who do not terminate their agents. Agencies have state-approved agency agreements that clients can sign if they want to continue to retain an ATA member agency,” reads an ATA letter to member agencies. “However, agents should notify their client that choosing to continue with agency representation could be a violation of Working Rule 23, subjecting the client to potential disciplinary measures enforced by the guild.”

Meanwhile, the ATA is also presenting legal challenges to the WGA’s efforts to deputize lawyers and managers in negotiations. It’s a legal argument with which the WGA vehemently disagrees. In a letter sent to guild members April 16, the WGA went into great detail as to why it’s not illegal, describing it as “misleading propaganda:”

…the expert antitrust attorneys from Altshuler Berzon LLP have advised that any agreement, explicit or implicit, among two or more managers or attorneys not to provide services to writers who are not represented by a talent agent would constitute a combination in restraint of trade in violation of federal antitrust law — specifically, Section 1 of the Sherman Act, 15 U.S.C. §1.

A “Pens Down” headline in Deadline, quoting unnamed sources, states that many entertainment lawyers would not get caught in the middle of the heated ATA-WGA standoff. While an ATA representative assured IndieWire that it hasn’t threatened managers and lawyers for representing writers in negotiations, the WGA yesterday felt compelled to take the unprecedented step of guaranteeing the manager and lawyer’s fees, should they be stripped by the courts.

It’s one of many battlegrounds that indicates the WGA’s larger problem: While they did an incredible job educating its members on the conflict of interest inherit with packaging fees, they are no match for partner-agents at the “Big 4” who have a close working relationship not only with the trades, but also with the most powerful lawyers, managers, and executives. That provides a great deal of narrative control.

Increasingly, writers who were around for the 2008 strike see the potential for the guild to become isolated. So while staffing season is the standoff’s first real test, in many ways it could be largely business as usual — and writers’ anxiety of an unknown future might be the ATA’s biggest weapon.

This Article is related to: Toolkit and tagged WGA