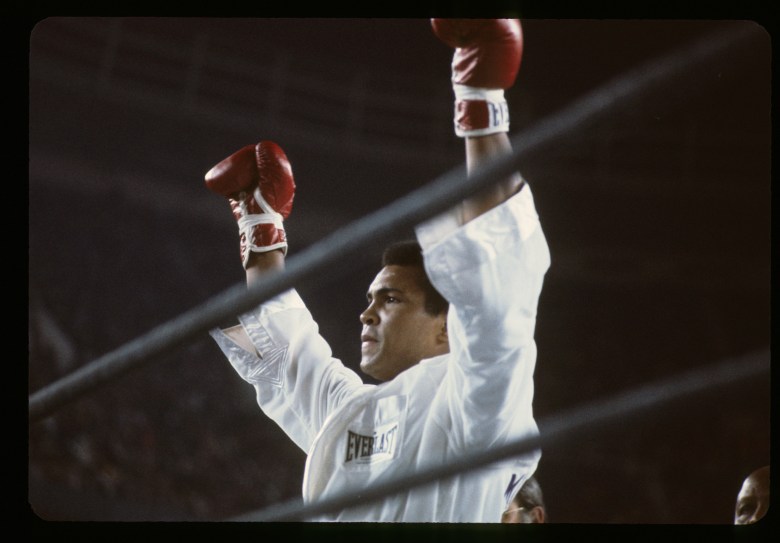 There have been countless Muhammad Ali documentaries, and many of them are acclaimed tributes to one of the most remarkable Americans of the modern age. “When We Were Kings,” an invigorating examination of Ali’s 1974 “Rumble in the Jungle” fight against George Foreman, won the Academy Award for Best Documentary in 1996. Filmmaker Clare Lewin’s 2014’s “I Am Ali” was nominated for a NAACP Image Award for Outstanding Documentary.

But HBO’s “What’s My Name: Muhammad Ali” is the first documentary told by a fellow professional athlete and cultural icon. LeBron James is an executive producer and, much like his subject, he’s an easy argument for the greatest to ever play his sport, as well as a philanthropist and an activist. James is also 34, around the same age Ali was when he started talking about retiring from boxing, although he didn’t officially step out of the ring for good for five more years. The parallels between the two are obvious and purposeful, and that gives this documentary a powerful resonance about the physical price paid by elite athletes who strive to make a societal impact.

Directed by Antoine Fuqua, “What’s My Name: Muhammad Ali” debuted at the Tribeca Film Festival; HBO will air the two-part documentary in its entirety on May 14. It uses solely archival footage — some of it never before seen — to follow Ali from his childhood in Kentucky to his appearance at the 1996 Olympics in Atlanta. Ali’s bouts in the ring are shown chronologically, with his wins ticking upward at an absurd pace, and intercut with displays of the influence he exerted in the massive societal upheaval of the 1960s and ‘70s. As the world churned around him throughout his life, Ali resolved to be himself despite being the most public of public figures: a man of deep faith, outraged by the country’s racist and classist infrastructure, and willing to embody resistance.

It is the examination of Ali’s post-retirement life in the final hour of the documentary’s second part that is most stirring — it’s very easy to create an engaging, spirited piece of work from the extroverted-to-the max gleeful rhymes and rhythms of Cassius Clay, and many have done so. But seeing Ali in a physical fight with himself as he battles Parkinson’s Disease and the damage wrought by the ring is a jarring but necessary epilogue to his story.

With what we know now about the dangers of concussive impact to the brain, you see the inevitable unfold as the number of Ali’s bouts tick into the 30s, the 40s, the 50s. Marcelo Zarvos’ percussive music, timed to the blows in Ali’s first Leon Spinks fight in 1978, are masterful and alarming; Ali loses by split decision after 15 brutal rounds, setting up a rematch with Spinks seven months later, which he wins by unanimous decision after another harrowing 15 rounds.

The editing by Jake Pushinsky at this transition is particularly deft; in interviews around these two fights, Ali’s demeanor changes. He’s asked if he’s tired; Ali replies that he’s relaxed. The truth, perhaps, is somewhere in between, but it is the first instance where the viewer gets the sense that Ali’s public demeanor is slowly shifting out of his conscious control.

“I’m now shooting for immortality,” Ali says, but the contrast between his early interviews about his health — glib, charismatic and full of bravado — and his later ones, when he uses defensive and cracking homophobic jokes to distract from the line of questioning, is unsettling. By the time a tremulous Ali lights the Olympic torch and Fuqua cuts to a weeping President Bill Clinton in the stands, the circle has been completed. Ali is still in the spotlight for his presence and physicality — but in a very different way than when he was heavyweight champion.

Is the sacrifice of a body acceptable when the man’s presence in the public sphere nourishes the soul of a nation? If that is the magnitude of the question being asked, can the right answer ever be no? Ali says that boxing gave him more than it took, and with this work, Fuqua and James beautifully celebrate that choice.