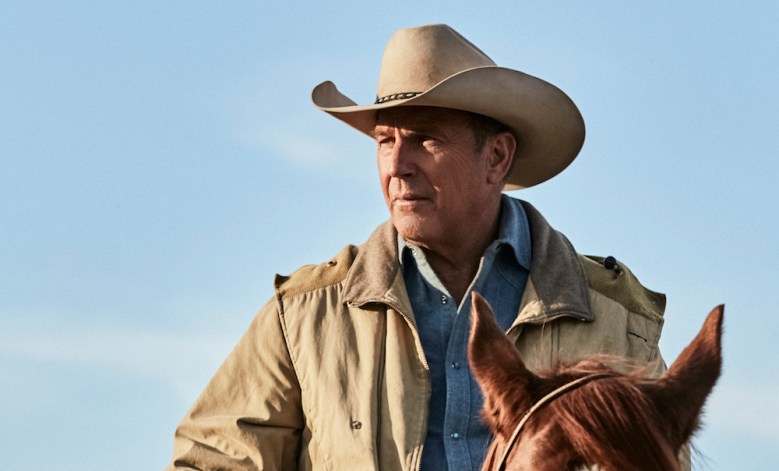 Taylor Sheridan (“Hell or High Water”) continued his fascination with the contemporary western as showrunner/director of Paramount Network’s “Yellowstone” series. The vast Wyoming landscape was the backdrop for the familiar power struggle between ranchers, developers, and Native Americans. And like “Hell or High Water,” nobody had clean hands. But when it came to costume design, Sheridan turned to Oscar-winner Ruth Carter (“Black Panther”) to reinvigorate ranch wear for Kevin Costner’s ruthless patriarch, John Dutton, and Gil Birmingham’s Chief Rainwater. Even the young ranch hands look like their favorite rappers with hip-hop-style jeans that sag and cool belt buckles.

“Taylor Sheridan gave me a crash course over the phone,” Carter said. “Ranch wear has come a long way. The guys don’t wear the classic bat wings or shotgun chaps or spurs like they did in the old westerns. They like hip-hop wear, new brands, new ideas, Kelly Cole spurs, customized chaps. After my conversation with Taylor, I realized that none of the old West was gonna work for this series. I had to start thinking outside the box and re-imagining western wear with a new twist.”

The first thing Carter did was meet with Costner in Utah and walk through vintage wear, having the movie star-director try on outfits that they could recreate. “And one of them was a ’70s ski jacket that we recreated as a beige and orange [vest],” added Carter. “It turned out to be a nice signature piece with a vintage color combination on him.” 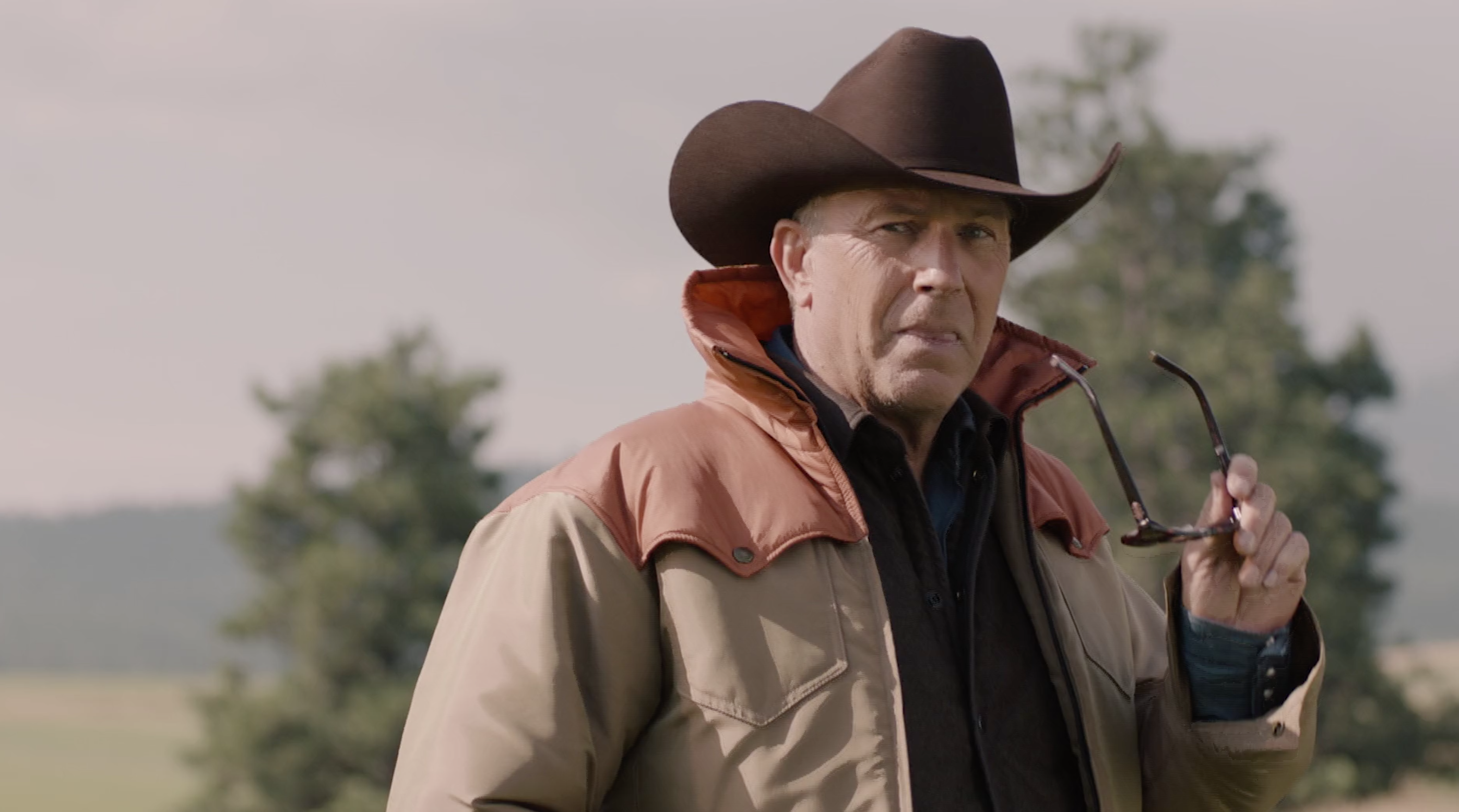 Carter looked at Double RL upping the game in ranch wear, and created “vests and corduroy and mackinaws and plaids,” she said. “I made a lot of his shirts and jackets from scratch to freshen up the idea of ranch wear, especially for Costner the richest guy in town.”

The key with Costner was playing up the rich tones that work so well with his blue eyes and skin color, and then going darker when he becomes ruthless. “You work with those tones and embrace his natural beauty,” Carter said. “You want to like him and feel empathy for when he’s in mourning, or when he’s concerned about what’s happening between the Native Americans and ranchers at the crossing. Then you realize that these rich tones or these dark tones have a double meaning. You can see that this is a man past his prime, trying to hold on, trying to control things.”

Season 1 opens with a shocker: Dutton has been in an accident and has to put down his horse after whispering goodbye. “I remember having a special story for him with the color choices and wanting him to feel vulnerable with no hat,” said Carter, who dressed him in his signature vest and button down shirt and jeans. “We wanted to see the blood, so it’s a light-colored shirt.” She also disheveled and aged the clothing for further enhancement.

Another aspect that Carter noticed was that the hats in Montana break differently on the crown, with a pinch and dip down the center front and back to allow rain to flow off. “These details were important to know so that we weren’t mixing up the hats with what they wear in the Southwest,” she said. Costner wore four hats: chocolate brown, bone, black, and beige, which he wore the most.

Costner’s boots were custom-made, based on his favorite pair, but he also fell in love with a pair of Justins that were soft and comfortable. His favorite jeans were recreated as well with the exact button bindings since they’re not manufactured anymore. “We had to have fabrics specially dyed, but when he saw them and tried them on, he actually liked them better. We must’ve had a dozen of those,” added Carter. 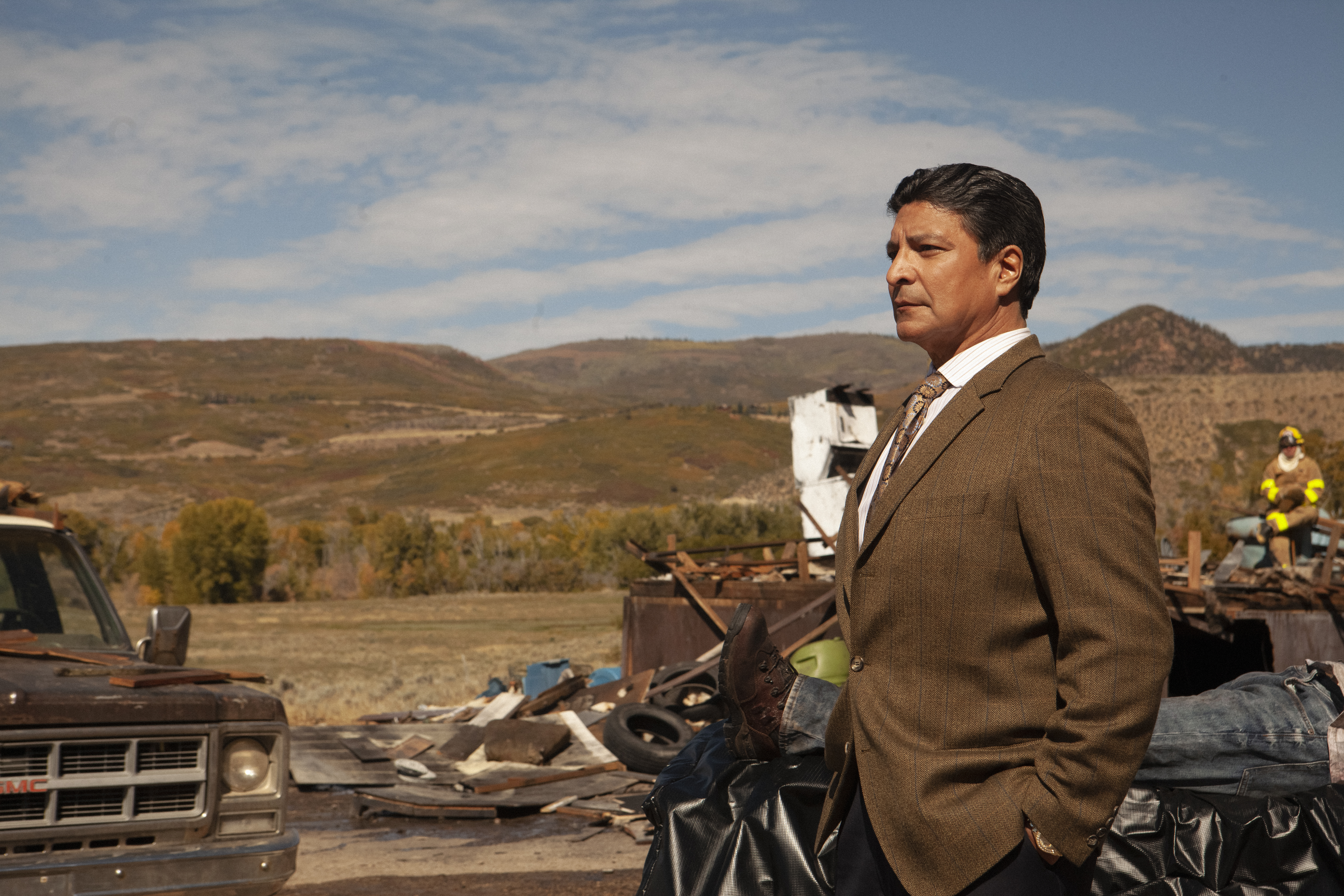 By contrast, Birmingham’s Rainwater was no ordinary Crow chief and casino owner. He’s Harvard-educated and sports dark and stylish Gucci suits. And yet his Crow bonnet was authentic in its distinctive beading and color combinations. “What I tried to do with Gil, even though we weren’t going to use Native American accent pieces like cuff links or bolo ties, was to give him more color in his shirt and tie combinations,” Carter said. “You see pinstripes and plaids and paisleys all at once, and I made those combinations really work to tell the story of a dandy, because he’s an arrogant guy.”

“Yellowstone” wasn’t at all what Carter expected, allowing her to put her contemporary spin on the American West. “I think this reignited the public’s interest as well in the western,” she said, “and that it could be stylish.”

This Article is related to: Awards and tagged Emmys, Ruth Carter, Top of the Line, Yellowstone