The comedian shared stories with his "Punch Drunk Love" director during an FYC event for his Netflix special, "100% Fresh." 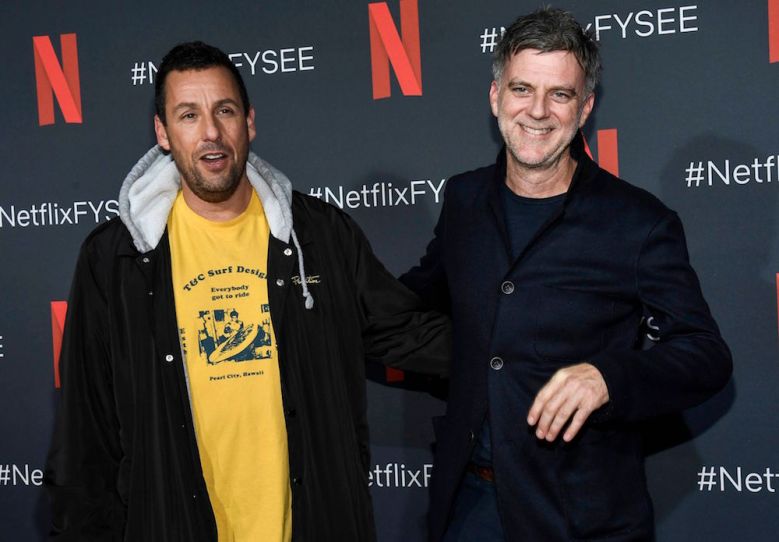 Adam Sandler and Paul Thomas Anderson’s most famous collaboration is “Punch Drunk Love,” the director’s 2002 romantic-comedy that redefined the actor’s career. But that wasn’t their last time working together; Anderson stepped in to shoot one night of Sandler’s multi-city stand-up tour, a tour which was eventually transformed into the Netflix special, “Adam Sandler: 100% Fresh.”

The two reconnected again Wednesday night for the special’s FYC event in Los Angeles, where Anderson moderated a 30-minute panel following a screening for Emmy voters. During the friendly, casual conversation, Anderson asked the comedian about his heartfelt tribute to Chris Farley, which first appeared in “100% Fresh” before Sandler performed it while hosting “Saturday Night Live” earlier this month. “The special is so fucking dirty sometimes, but it’s also so, so emotional, particularly toward the end there,” Anderson said. “I’ve heard that Farley song 50 times, and it still makes me tear up.”

“Me too, me too,” Sandler said. “Certain parts catch me off guard, singing it. […] I did it in his hometown, too, in Milwaukee, so a lot of people knew him growing up were there, so that was emotional. Then when I sang it on ‘Saturday Night Live,’ that was amazingly emotional because I just remember hanging out with him there so much, and how he kind of dominated my life there. I loved him so much, and every cameraman, everyone in the studio loved him so much, so when I sang it there, it was extra heartbreaking. I tried not to cry.”

Sandler went on to say that before he included the song in “100% Fresh,” he called Chris Farley’s mother, Mary Anne Farley, to get her approval. “Mrs. Farley was really happy and said, ‘I love that. I love when anybody talks about Chris, but you really knew him, and that would be very special for my family.’ So I had that in my head when we were recording,” Sandler said. “I had some weird pressure in my head. I just wanted to make sure I did it right and did him justice.”

Sandler recorded his show in multiple locations across the country — including a stint at the El Rey Theatre in Los Angeles when Anderson shot footage with the special’s director, Steven Brill —  and he said every location responded to the song in kind. 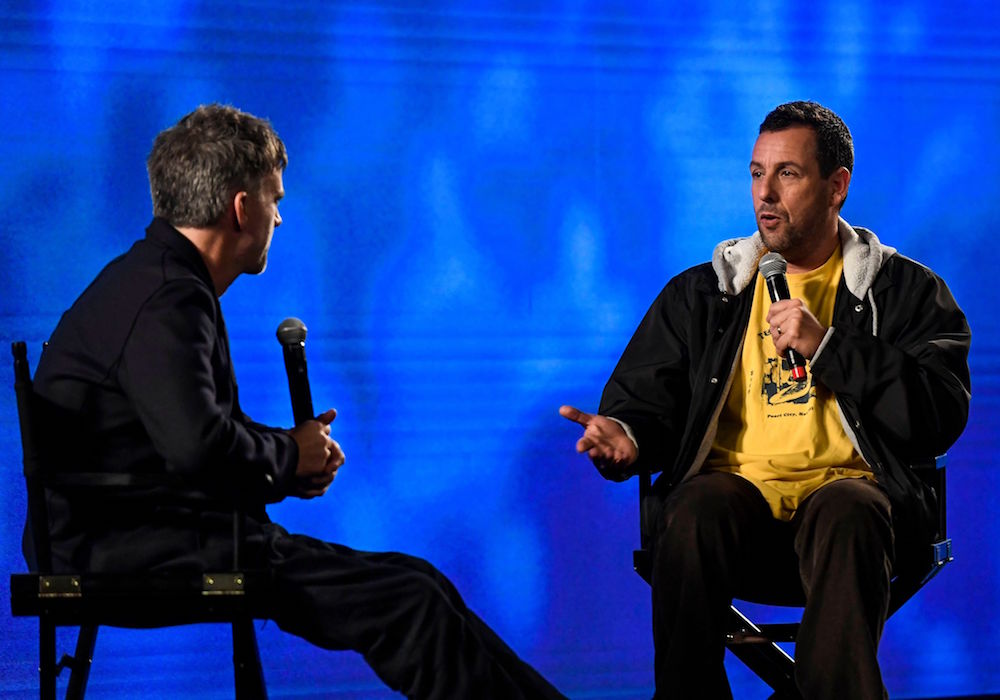 “I swear to God, PTA, when I would sing that song, every place I would play would react the same way,” Sandler told Anderson. “They would cheer every time I said the guy’s name. They would go so crazy for him. You just felt the impact of what Farley had on everybody; what he meant to everyone who grew up watching him and his movies. That song was very important to try to do as good as I could do.”

Anderson repeatedly pointed out how much footage was left on the cutting room floor. At one point, the director said there was “three more hours of A+ material” from the tour that hasn’t been shown anywhere. “I know there’s a whole other special [worth] of material out there,” he said.

Sandler said creating the special from all that footage was a lot of hard work, and he credits the “young people” on his crew for inspiring him to go through it — and for taking on plenty of work themselves. “It took a lot of time,” Sandler said, “but the young folks made it easier.”

To that end, Sandler is preparing to go back on tour in June.

“I do like getting on stage,” he said. “I’m starting a little tour in June, and I’m like a kid: very excited to be running around. The best thing every night for any comedian is trying to come up with new jokes. If you write a few new jokes that day and say them on stage and they work, that’s the best feeling.”

“Adam Sandler: 100% Fresh” is eligible in the Outstanding Variety Special (Pre-Recorded) category, as well as other variety special programming categories, at the 2019 Emmy Awards. It is streaming now on Netflix.