The long-time friends (and co-writers) star in Nahnatchka Khan's funny, sexy Netflix film, which adds new dimension to the genre, while honoring its classic tropes. 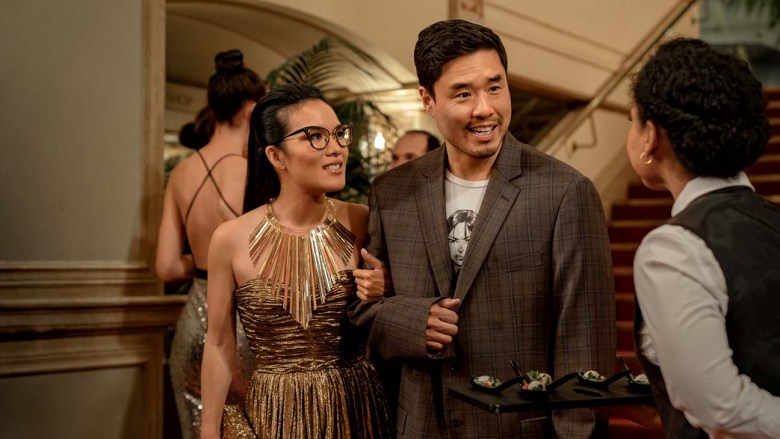 By the time Nahnatchka Khan’s breezy directorial debut “Always Be My Maybe” offers up a hearty wink at “Pretty Woman,” the Netflix original feature has already earned its stripes as the online streamer’s next great rom-com. Khan’s film pulls liberally from the genre playbook — stars and co-writers Ali Wong and Randall Park haven’t been shy about the film’s early inspirations, especially classics like “When Harry Met Sally” — but it also offers its own charms, thanks to Wong and Park, who delight both on-screen and on the page. And while “Always Be My Maybe” doesn’t reinvent its genre, it’s a welcome addition that contributes cultural diversity to a typically white-dominated screen space, and leans into tropes that have always made rom-coms (well, good rom-coms) such a joy to watch.

Though most of the film follows life-long friends Sasha (Wong) and Marcus (Park) after they reconnect in adulthood, Khan’s film lays out some essential groundwork in its opening moments, taking its audience back to 1996 and through 2000, when they were just a couple of neighborhood pals getting up to kiddie high jinks. Sasha (played by Miya Cech and Ashley Liao in her pre-teen and teen years) is a latchkey kid who is mostly left to her own devices by her workaholic parents. Cheery Marcus (played by Emerson Min and Jackson Geach in flashbacks) lives next door, and is all too happy to bring Sasha into the family fold. That includes his beloved mom Judy (Susan Park), an accomplished home chef who nurtures Sasha’s love of cooking, and his steady dad Harry (James Saito).

As they enter their later teen years (with Wong in a pair of smack-tastic braces and Park donning a youthful shaggy wig), a horrible tragedy inspires an awkward sexual experience between the pair that enters instant classic territory (the entire film is filled with period-appropriate jams, and this scenes offers a D’Angelo-centric callout that’s funny and sexy). That experience breeds its own terrible aftermath: a falling out that keeps Sasha and Marcus apart for nearly two decades.

When the pair are finally brought back together, it’s in service to still more weirdness: Sasha has become a major success as a celebrity chef, while Marcus hasn’t even left his childhood home, content to care for his dad and smoke weed with his long-time bandmates. A less warmly crafted film would likely play up the tremendous differences between the pair for cheap laughs: Sasha would be a fame-hungry striver and Marcus would be a boring burnout, but Wong and Park’s script (penned alongside Michael Golamco) knows and loves its characters, and is never content to reduce them to simple stereotypes. For all her ambition and success, Sasha’s personal life is lacking (consider the moment she dips into a walk-in freezer for a big cry that’s both very funny and moving), and while Marcus is struggling in his low-stakes life, much of his time is spent in service to his beloved dad. 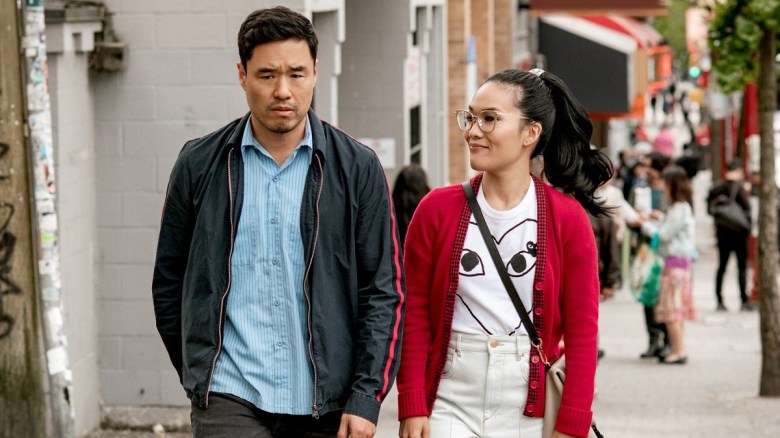 Sasha is back in SF to open a fancy new restaurant, while Marcus is tasked with repairing her rental home’s air conditioning. They are in very different places, but Wong and Park’s natural chemistry and obvious affection for each other allows the duo to slip back into their old tricks with believable results. The film’s script hits some bumps when it attempts to dramatize big, key changes — Sasha goes from loving her sexy fiancé (Daniel Dae Kim) to hating his guts based on a handful of Facebook photos, Marcus confronts major feelings after a quick chat with his dad — but the small scale stuff works well enough to keep the film ticking along to its winning final act.

Before it gets there, however, “Always Be My Maybe” loads up on fun supporting characters, from Casey Wilson as a ditzy designer and Vivian Bang as Marcus’ outrageous girlfriend to Karan Soni to Michelle Buteau as Marcus and Sasha’s other best pals, who have well-rounded personalities and motivations of their own. Then there’s Keanu Reeves, who appears as Sasha’s unexpected (and very horny) new paramour, and adds a necessary jolt of wacky humor to a somewhat messy second act, helping to bump up the laughs just before they fizzle. Reeves only makes a few appearances in the film, but his energy — and the wild, uproarious jokes that Wong, Park, and Golamco have written for him — lifts the entire outing, allowing it to push forward into its best moments.

Though it’s been lingering at the edges of the film the entire time, “Always Be My Maybe” doesn’t find its true narrative purpose until most of the film has played out. The real tension, both romantic and otherwise, emerges after Sasha and Marcus have given into temptation (very “When Harry Met Sally”!) and are forced to face the repercussions. (Of note: Khan, Park, and Wong must be lauded for building a genuinely sexy sex scene that starts in funny, terrible circumstances before moving into actual emotion; it’s a satisfying sequence that other rom-coms could learn a lesson from.)

The real sticking point for Sasha and Marcus isn’t their past, no matter how much they try to dig it up — it’s their futures. Sasha’s ambition comes from the heart (much of it even comes from Marcus’ own mother) but it’s also what puts her dreams into opposition with Marcus, who appears to come from the Lloyd Dobler school of career concepts (“What I really want to do with my life, what I want to do for a living, is I want to be with your daughter. I’m good at it.”).

Pulled apart by the people they used to be, the people they think they still are, Sasha and Marcus must do what every good rom-com asks of its leads: fall in love with themselves, work towards being worthy of each other, and then dip back into movie-ready love. It’s not new, but it’s just as powerful (and, yes, still funny) as it ever was.

“Always Be My Maybe” is available to stream on Netflix today.

This Article is related to: Film and tagged Ali Wong, Always Be My Maybe, Randall Park, Reviews