The move comes days after she called for a boycott of Georgia in response to its anti-abortion Heartbeat Bill. 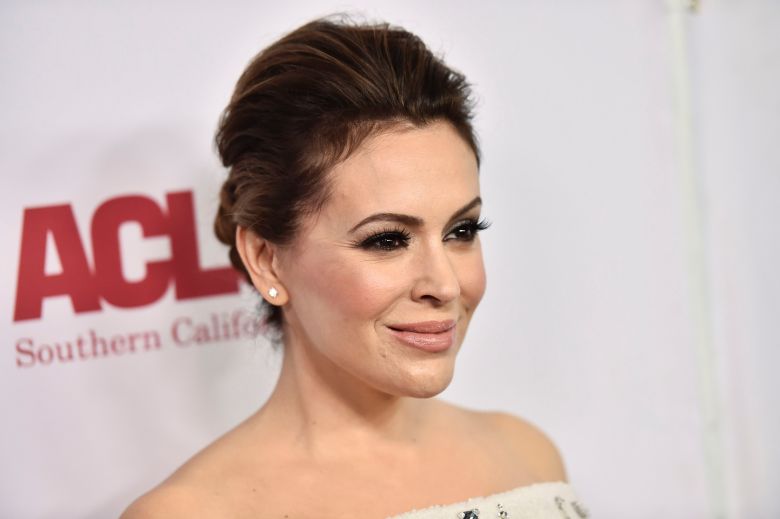 Alyssa Milano at the ACLU Bill of Rights Dinner

Days after calling for the film industry to boycott Georgia due to the state’s anti-abortion Heartbeat Bill, Alyssa Milano has taken her fight for women’s reproductive rights a step further by announcing a sex strike.

“Our reproductive rights are being erased,” the actress tweeted. “Until women have legal control over our own bodies we just cannot risk pregnancy. JOIN ME by not having sex until we get bodily autonomy back. I’m calling for a #SexStrike. Pass it on.”

Sex strikes date back to at least Aristophanes’ 411 BC comedy “Lysistrata,” in which the title character attempts to end the Peloponnesian War by calling on women from the warring city states to withhold sex until peace is negotiated. Spike Lee’s film “Chi-Raq” brought the concept to present-day Chicago as a means of drawing attention to the city’s gang violence.

“I will do everything in my power to get as many productions as possible — including ‘Insatiable’ — to move out of this state which continues to put forth oppressive, hurtful policy that contradicts everything the entertainment industry stands for,” Milano said after Georgia Governor Brian Kemp signed a bill outlawing nearly all abortions in the state. The law is scheduled to go into effect next year, though it’s certain to be challenged in court before then.

Meanwhile in Alabama, a new bill would bar doctors from performing abortions once a fetus is in utero and only allow exceptions for cases that pose a serious health risk to the mother — and not, as in other states, instances of rape or incest.

Georgia is a highly popular shooting location due to its tax incentives for film productions, and others — including Christine Vachon of Killer Films and “The Wire” creator David Simon — have echoed Milano’s call for the film industry to leave the state in response to the Heartbeat Bill. The actress has become an increasingly outspoken activist in recent years, especially in matters related to the Time’s Up and #MeToo movements, and is an especially fierce critic of Donald Trump and his administration.

Our reproductive rights are being erased.

Until women have legal control over our own bodies we just cannot risk pregnancy.

JOIN ME by not having sex until we get bodily autonomy back.

This Article is related to: Film and tagged Alyssa Milano