"God's Own Country" director Francis Lee is behind the camera for this historical romance. 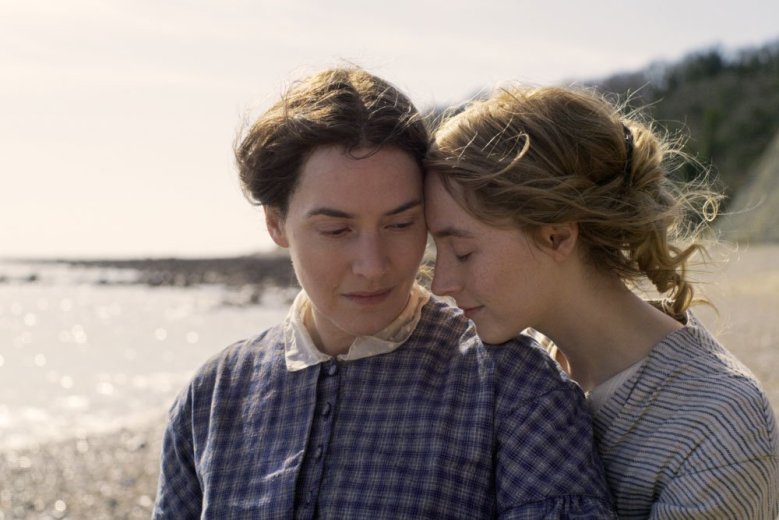 Kate Winslet and Saoirse Ronan are bringing acclaimed star power to the historical drama “Ammonite,” from “God’s Own Country” writer-director Francis Lee. ScreenDaily has debuted the first look at the movie (pictured above), which casts Oscar winner Winslet as famed British paleontologist Mary Anning. Lee’s script is set during the 1920s in a coastal town in the United Kingdom where Anning befriends a London woman to whom she must unexpectedly play nursemaid. The supporting cast includes Fiona Shaw, James McArdle, Gemma Jones and Alec Secăreanu.

“Ammonite” was the subject of a small controversy earlier this year when Anning’s relatives criticized the film for including what they say is a made-up gay relationship. The relatives say Anning’s sexuality was never confirmed.

“Do the film-makers have to resort to using unconfirmed aspects to somebody’s sexuality to make an already remarkable story sensational?” Barbara Anning told The Telegraph. “Imagine the shame and embarrassment this woman would be feeling right now to actually have her private sex life discussed and played out on screen. This adds nothing to her story.”

Lee responded to the accusations on social media by writing, “After seeing queer history be routinely ‘straightened’ throughout culture, and given a historical figure where there is no evidence whatsoever of a heterosexual relationship, is it not permissible to view that person within another context? As a working class, queer film maker, I continually explore the themes of class, gender, sexuality within my work, treating my truthful characters with utter respect and I hope giving them authentic respectful lives and relationships they deserve.”

The director earned critical acclaim in 2017 with “God’s Own Country,” which premiered at the Sundance Film Festival. The gay romance about a farmhand and a migrant worker earned a BAFTA nomination for Outstanding British Film and a spot in the top 20 of Britain’s highest-grossing indie films of the year. Lee, who wrote and directed the film, also won Best Debut Screenwriter by the British Independent Film Awards.

Lee shot “Ammonite” in Dorset, Surrey, and London. Production on the drama has already wrapped. A release date has not been set, although late 2019 is not out of the question.

This Article is related to: Film and tagged Ammonite, Kate Winslet, Saoirse Ronan