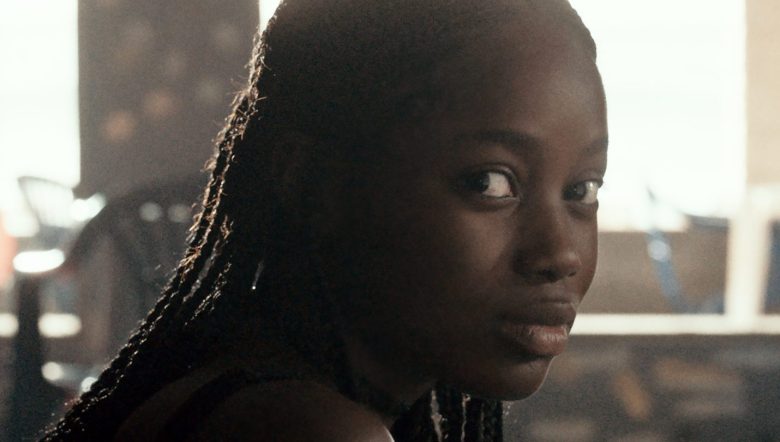 Several recent movies have explored the refugee crisis as a deadly proposition, from the documentary “Fire at Sea” to “Mediterranean,” both of which focus on dramatic attempts to cross the ocean on rickety boats. The striking distinction of Mati Diop’s “Atlantics” is the way it magnifies the experiences of those left behind. Diop’s gorgeous, mesmerizing feature directorial debut focuses on the experiences of a young woman named Ada (Mama Sané) stuck in repressive circumstances on the coast of Dakar after her boyfriend vanishes en route to Spain. But it’s less fixated on his departure with other locals than its impact on Ada, and the community around her, as it contends with the eerie specter of the boys who went away.

An actress and filmmaker whose experimental shorts touch on similar themes, Diop’s first feature doesn’t always fit together from a narrative perspective, but it musters such an absorbing vision of an alienated seaside life that not everything needs to add up for the atmosphere to take hold. “Atlantics” takes the form of a dazzling Senegelese ghost story in which everyone’s haunted by the desire to escape.

But the movie begins as a more grounded romance, with Ada and Souleiman (Ibrahima Traoré) roaming around the beach in carefree fashion, even as the young fisherman seems troubled by something he can’t quite express. By the next day, Ada figures it out: Souleiman and some of his peers have escaped to sea, following a route to Spain in a rickety pirogue like so many before them, few of them make it across. That leaves Ada forced to contend with an arranged marriage to Omar (Barbara Sylla), a wealthy immigrant who seems to regard her as little more than a prop. But when the wedding is sabotaged after someone sets Omar’s mattress on fire, Ada begins to suspect that Souleiman has returned in secret.

So…where is he? Struggling with the emptiness in her life and the traditionalist expectations of her Muslim family, Ada enters into a speculative zone as the movie transforms into a lyrical vision of solitude, with the ubiquitous ocean embodying the entire community’s paradox sitting in their backyard — the portal to entire world stares at them, an expansive blue mirror that suggests potential and peril in equal doses.

This is familiar turf for the director, whose short of the same name revolved around men sharing stories of their dramatic trips across the wave, as they discussed the allure of escape in near-spiritual terms. Beyond that — and a fleeting image of the vast ocean glimpsed from above — the feature-length “Atlantics” applies this notion to more traditional narrative beats, at least at first. As a local detective (Ibrahima Mbaye) begins tracking Ada around town in an attempt to solve the mystery of the blaze, “Atlantics” seems as though it’s heading into noir territory.

Then it careens into a far more enticing labyrinth of enigmatic developments, including the possession of several local women by men who died at sea. Though it never becomes a horror movie, this ominous twist transforms the movie into dark poetry that exhumes the psychological duress experienced by Ada and the other women left behind by giving it a literal dimension. It’s an ambitious device that manages to inject the drama with an otherworldly urgency.

Diop is a disciple of Claire Denis (as an actress, she appeared in Denis’ “35 Shots of Rum”), and clearly aspires to the visual language at the heart of Denis’ talents. “Atlantics” is based in snippets of lonely vistas and dreamlike exchanges loaded with emotional ramifications. Cinematographer Claire Mathon (“Stranger By the Lake”) bathes scenes in heavy shadows and neon-blue hues that intensify the movie’s gripping atmosphere as Ada comes to terms with her missing partner and develops a new kind of empowerment with the women around her.

With so much extraordinary imagery at every turn, “Atlantics” doesn’t always fuse its disparate ingredients into a gratifying narrative whole. The detective’s investigation has a forced quality at odds with the more introspective moments surrounding it, and “Atlantics” falls short of finding the payoff that its puzzle of a story hints at from the start. Instead, Diop lingers in a complex mood with the confidence of a purely cinematic storyteller.

As it ventures further along its spellbinding path, “Atlantics” remains a deeply romantic work that magnetized the fears of people trapped by their surroundings and striving for the companionship that can rescue them from despair. It doesn’t quite let them get there, but Diop doesn’t strike a hopeless tone the whole way through. Ultimately, “Atlantics” shows how that even these bleak circumstances can have empowering ramifications for the women trapped by the shore, and why it’s a portal to a better life even if they stay put.

“Atlantics” premiered in Official Competition at the 2019 Cannes Film Festival. It is currently seeking distribution.

This Article is related to: Film and tagged Atlantiques, Cannes, Mati Diop, Reviews