And this newcomer, Meryl Streep? I think she's got a future. 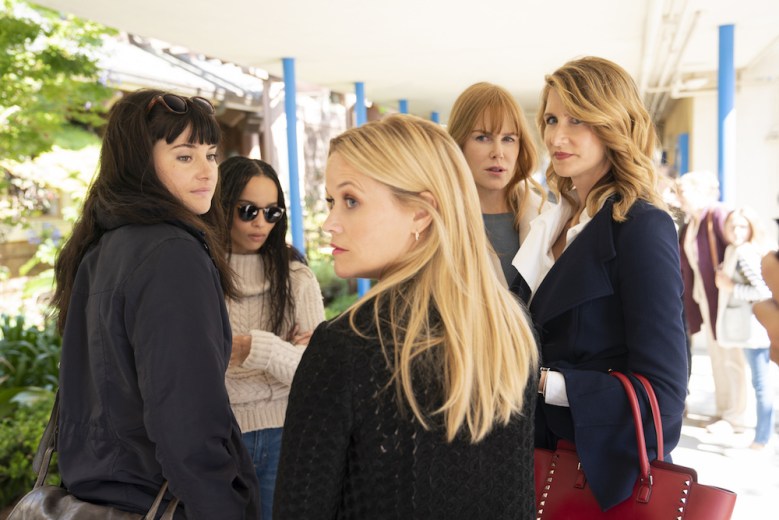 Much of “Big Little Lies” Season 2 — HBO’s pricey sequel to what was initially a limited series — is the same. The cast is back, including everyone from Reese Witherspoon’s meddling Madeline and Nicole Kidman’s complicated Celeste. So is Season 1 writer David E. Kelley, who’s working from a story developed with the novel’s author Liane Moriarty, and Jean-Marc Vallée, who directed and edited the entirety of the first season, returns to lend a hand in the cutting room, thus providing the series its same groovy rhythm. The setting is still Monterey’s ritzy beachside, the kids are still kids, and the lies are still growing just like them: from little to big at rapid rates.

But the mystery is gone. Moriarty’s original story was built on buildup toward a reveal: Who died, and who killed them? After answering that question, her Season 2 structure pivots from a juicy murder-mystery into a heartbreaking cover-up, as the ramifications of their actions affect the Monterey Five in ways both expected and startling. Under the urgent eye of new director Andrea Arnold, “Big Little Lies” Season 2 is a wholly different beast — but it’s still very, very good.

This new story rests on the characters you’ve come to love, sometimes in spite of yourself, but it moves quickly and has a lot of fun with its fast pace. Picking up at the start of a new school year, Madeline (Witherspoon) is feeling the pressure to get off on the right foot. Though her fellow parents are still abuzz with the fatal accident that befell her friend’s husband, Perry (Alexander Skarsgard), Madeline is pushing forward as though it’s just another year, even saying the only reason she has to “earn her good mom badge” is because it’s the first day of school.

The rest of “the Five” are in a similar place: all forward momentum, and no coping with their shared experience. While Madeline becomes even more of a busybody while bottling up her emotions, Renata (Laura Dern) lets herself rage through the pain. Dern is exquisite, capturing her character’s extreme behaviors with the passionate glee of someone self-aware enough to know they’re a spectacle unto themselves, but giving zero shits about making a scene. (Renata won’t even let a marching band interrupt her purposeful exit.)

Jane (Shailene Woodley) appears the best adjusted of the lot. Having identified her attacker and witnessed his death in the span of a few seconds, she’s moving forward with a new job, a new, healthy love interest, and plenty of love for her son, Ziggy (Iain Armitage). On the flip side, Perry’s killer isn’t doing so hot. Bonnie (Zoë Kravitz) is distant and quiet, constantly seeking solitude so she doesn’t have to confront the lie she bought into. 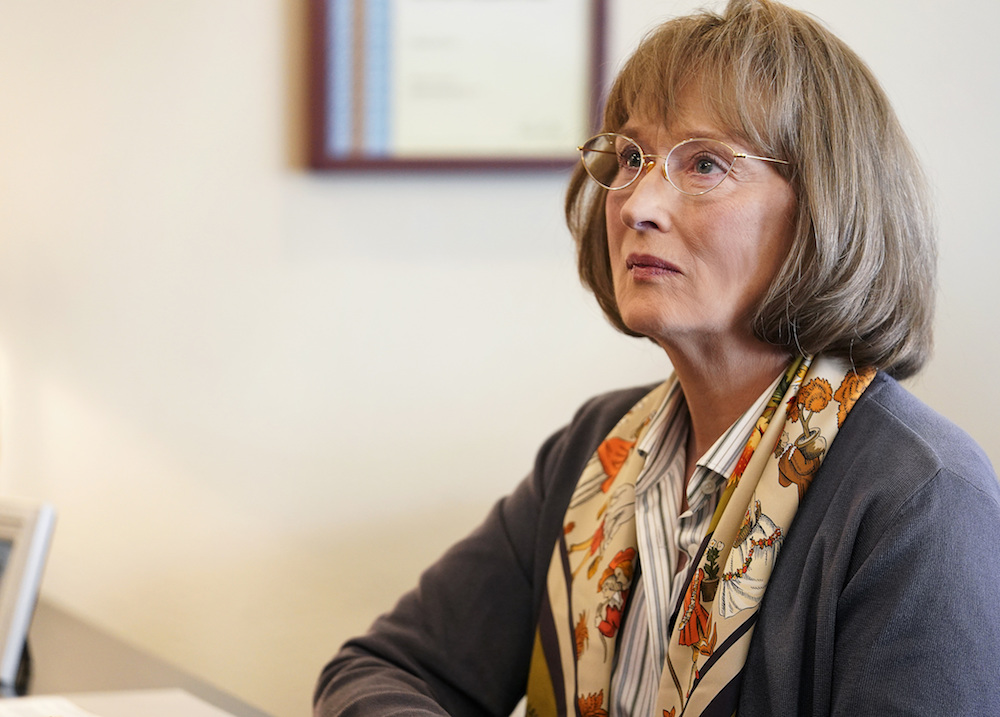 Celeste (Kidman) doesn’t have that option; not with Perry’s mother, Mary Louise (Meryl Streep), staying with her to help take care of the kids, and it’s within this delicate mother-/daughter-in-law dynamic that Season 2 roars to life. For one, how Celeste processes Perry’s death is compelling all by itself. Caught between protecting her sons’ memories of their father and facing the reality that he not only beat her, but also raped one of her friends, Celeste is pulled in a million directions. Even when she’s alone, trauma doesn’t disappear as soon as someone dies, and how she tries to push forward is a fascinating internal journey Kidman continues to reveal with intensity and honesty.

And then there’s the new kid on the block, Meryl Freaking Streep. Yes, her character is the grenade disrupting these seemingly idyllic lives. Yes, Mary Louise is also quite possibly exactly what all these repressed socialites need to heal. Yes, Streep sporting fake teeth and fighting back her own pain is even more of a treat than you can imagine. But it’s the way she’s utilized to cut through the bullshit and ramp up the momentum that makes Season 2’s melodrama sensational.

Mary Louise has no time for Madeline’s fake exterior — she’s suspicious of short people, and rightly so. She’s not going to tolerate little white lies from her daughter-in-law, not when she’s still suspicious of what really happened to her son. Mary Louise isn’t going to sit back and mourn when she feels there’s more to learn, more to do, and more to scream about. (At one point, Streep really does scream, and it’s glorious.)

Streep doesn’t abide by lies of any size, and she becomes the perfect addition to infiltrate the cast’s individual arcs and start tying them all together. “Big Little Lies” can still feel like each lead is playing in their own custom-tailored genre — Madeline is in a satirical comedy, Celeste a painful drama, Renata in a nighttime soap — but Streep works wonders as the unifying force. In Season 1, it was the mystery. In Season 2, it’s the cover-up. This is an extreme alteration, but Arnold’s intimate direction, Kelley’s efficient scripts, and the personal investment the audience has already made with these characters prove instrumental to building a compelling human drama.

“Big Little Lies” may not be gearing up for a mic drop of an ending —honestly, through three episodes, Season 2 doesn’t feel like a necessary addition so much as an enjoyable epilogue — but it’s still proven this group has plenty more to say.