"The musical version of 'Black Mirror' might already be in the next season," Brooker says. 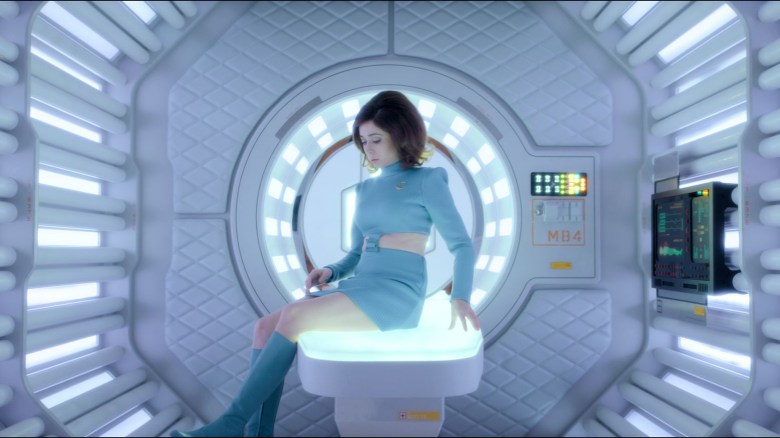 “Black Mirror” creators Charlie Brooker and Annabel Jones have a busy summer coming up thanks to the Emmy campaign for the franchise’s interactive movie “Bandersnatch” and the June debut of the Netflix anthology series’ fifth season. Brooker and Jones recently joined Deadline for a conversation about “Bandersnatch” but couldn’t help but tease that a musical episode of the sci-fi series could be in the cards at a later date.

When the Deadline reporter Joe Utichi could not remember whether or not “Black Mirror” had already done a musical episode, Brooker responded, “No, but I’m delighted to know that you nearly think we might have done one. There’s room for everything. Sometimes that’s how we come up with ideas — we sort of go, ‘What would be the ‘Black Mirror’ version of a musical episode?’ And that prompts a conversation that sometimes ends up with something very different.”

Brooker confirmed there “have had conversations about what a musical version of ‘Black Mirror’ might look like.” The creator added, “That has been a part of our conversations. We have had those conversations. And anything else you might suggest, we have talked about that too.”

The creator ended his thoughts on the topic with an ambitious tease: “Who knows? The musical version of ‘Black Mirror’ might already be in the next season. How do you know that’s not one of the episodes we’ve got coming up?”

Netflix premiered the official trailer for “Black Mirror” Season 5 earlier this month. The footage confirmed the new season will have three stories (whether that means three episodes remains to be seen) and feature the likes of Anthony Mackie, Miley Cyrus, Topher Grace, Pom Klementieff, and Angourie Rice, among others. The footage from Miley Cyrus’ episode showed the actor performing on stage, so it appears Season 5 will have at the very least one episode with musical elements in it.

“Black Mirror” Season 5 will be available to stream on Netflix starting June 5.

This Article is related to: Television and tagged Black Mirror, Charlie Brooker, Netflix