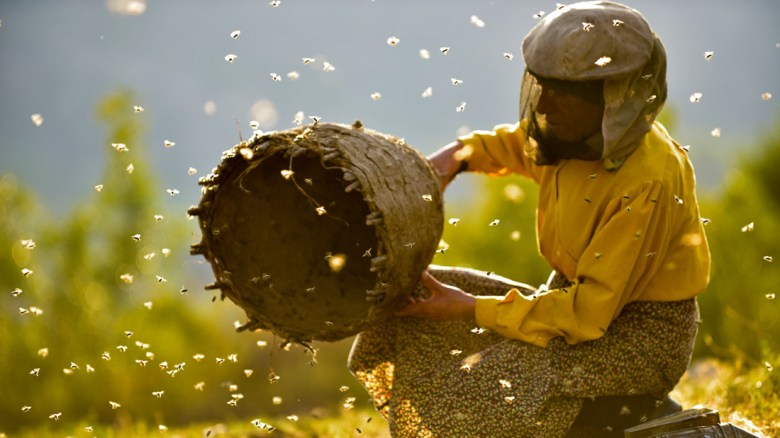 – The Chicago Underground Film Festival has announced the lineup for its 26th edition, taking place June 5 – 9. Known for featuring an international slate of innovative, exciting, and provocative films and videos, CUFF bookends this year’s film festival with two films that epitomize those three words. Adam Khalil and Bayley Sweitzer’s “Empty Metal” will screen as the Opening Night selection on Wednesday, June 5, and Nicole Brending’s “Dollhouse: The Eradication of Female Subjectivity From American Popular Culture” is the Closing Night selection, screening on June 9 – both at Logan Theater.

In addition to the 12 features on its slate, CUFF will also screen 12 thematic shorts programs and additional programming featuring 104 films. Underlining the film festival’s draw as a place where new work and talent make their debut, as well as introducing Chicago and Midwestern audiences to new and exciting voices in cinema, this year’s slate includes 10 world premieres, 1 international premiere, 1 North American premieres, 9 U.S. premieres, and 34 Midwest premieres. Check out the full lineup here.

– NewFest and NYC Pride, the official host of WorldPride 2019 | Stonewall 50, in partnership with SVA Theatre, announced its multi-day lineup of cinema and in-depth conversations for the 2019 edition of OutCinema from June 17 – June 19.

Each night features specially curated screenings followed by Q&As with the filmmakers and cast along with open bar after-parties. The three-day format encompasses the diversity of voices and perspectives within the LGBTQIA+ community while celebrating and commemorating the community’s commitment to our history.

“With the success of last year’s multi-day format for OutCinema, we’re thrilled to continue with the same structure for WorldPride 2019 | Stonewall 50,” said NYC Pride’s Executive Director, Chris Frederick, in an official statement. “This year’s film selections focus on diverse perspectives from our vibrant LGBTQIA+ community.”

“Given the momentous occasion of WorldPride 2019 | Stonewall 50, we’re delighted to showcases stories from New York City to a global audience with ‘Adam’ and ‘Wig,’ honoring our dynamic metropolis at its queerest,” added NewFest’s Director of Programming Nick McCarthy. “And with the vivacious UK-set documentary ‘Deep in Vogue,’ we witness the ways that NYC’s vibrant culture and creative modes of expression — such as the ballroom scene of the 80s — have inspired pride throughout the world.”

Opening Night on Monday, June 17 features the New York Premiere of “Adam,” a highly anticipated comedy from Emmy-nominated director Rhys Ernst that follows an awkward high schooler, Adam, who spends the summer of 2006 in New York City with his cool older sister, who is highly engaged in the queer activist scene.

The East Coast Premiere of “Deep In Vogue” takes center stage on the Tuesday, June 18 edition of OutCinema. Inspired by the 80s ball scene in New York City, this electrifying documentary celebrates the personal and political stories behind the thriving Northern Vogue ball scene in Manchester, UK.

On the final night of OutCinema, the HBO Documentary Film “Wig” serves plenty of glitz and glamour alongside East Village grit on Wednesday, June 19. “Wig” is a fascinating documentary that explores the origins and the influence of the historic festival Wigstock through rich archival footage, as well as provides a look into the contemporary drag movement that the festival served as a foundation for. The documentary features Lady Bunny, Charlene Incarnate, Neil Patrick Harris, Naomi Smalls, and Willam, among others.

You can find out more about the festival and its events, including how to buy tickets, right here. 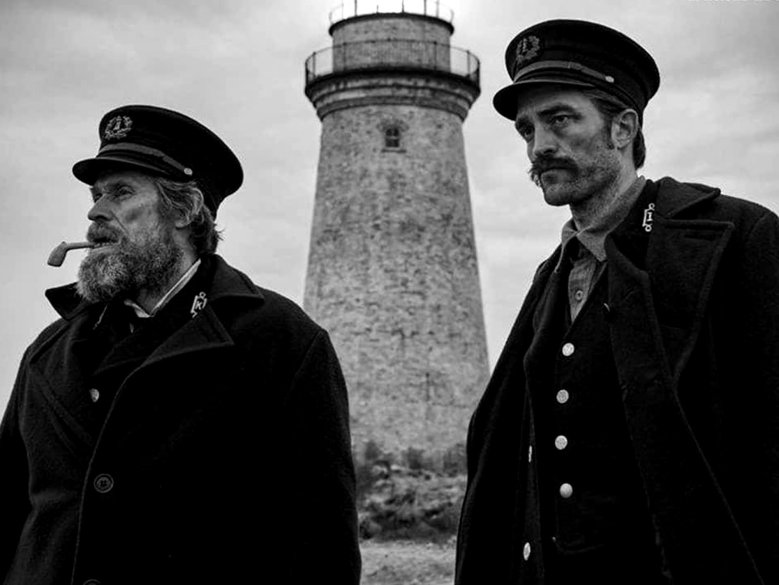 – Focus Features has acquired the international rights to Robert Eggers’ “The Lighthouse,” which will have its highly anticipated world premiere at the Cannes Film Festival this Sunday as part of the Directors’ Fortnight.

Focus Features acquired and Universal Pictures International will distribute the film worldwide, except for in North American where, as previously announced, will be released by A24.

The film world premiered in March at the IFC Center’s WhatTheFest?! and can next be seen at The Overlook Film Festival in New Orleans, and then will make its international premiere at Sydney Film Festival next month.

– On the eve of its presentation at the Cannes Film Festival, Music Box Films has acquired the U.S. rights to “Give Me Liberty” from writer-director Kirill Mikhanovsky and writer-producer Alice Austen.

The film debuted to great acclaim at Sundance this year. A newly-refined cut that is 15 minutes shorter will have its world premiere in the Director’s Fortnight at Cannes and its New York premiere this June as the Centerpiece film at BAMcinemaFest. Music Box plans a theatrical rollout later this summer followed by a release on home entertainment platforms.

“Premature” is based on a 2008 short film of the same name, also written and directed by Rashaad Ernesto Green, and will have its New York Premiere at BAMCinemaFest on June 15. IFC Films is planning a theatrical release later in 2019. 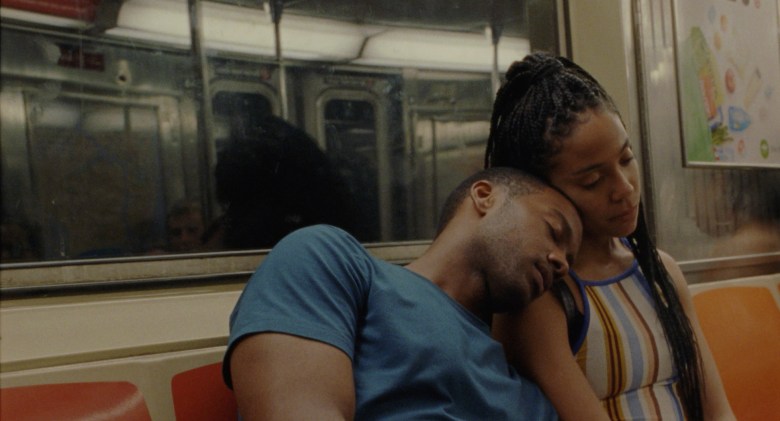 – Hot on the heels of its 50th Anniversary Gala, Film at Lincoln Center is gearing up for the 57th New York Film Festival. The organization has officially announced that this year’s festival will run from Friday, September 27 – Sunday, October 13.

“Monos,” directed by Alejandro Landes, was awarded the festival’s Fiction Feature Prize with Hélène Louvart receiving a Special Jury Prize for Cinematography in “A Family Submerged.”

“Honeyland,” directed by Ljubomir Stefanov, Tamara Kotevska, took home the Bruce Sinofsky Award in the festival’s Documentary Feature competition. This award was established in memory of Bruce Sinofsky and was presented by Mr. Sinofsky’s daughter, Claire Sinofsky. A Special Jury Prize was awarded to Luke Lorentzen for Cinematography in “Midnight Family.”

“Mickey and the Bear,” directed by Annabelle Attanasio, was awarded with the inaugural Mark Urman Award For Fiction Filmmaking in the festival’s Future/Now competition, sponsored by the Horizon Foundation For New Jersey and honoring emerging low-budget American independent filmmaking. A Special Jury Prize was given to Zora Howard, for Writing and performance in “Premature.”

“Life With Layla,” directed by Ken Spooner and Mike Mee, took home the New Jersey Films Award, which honors a select group of films made by New Jersey artists.

“Mickey and the Bear,”  directed by Annabelle Attanasio, took home the Audible Storyteller Award. The award, selected from a curated list of films at the festival and selected by Audible, comes with the opportunity to discuss development of an original audio work with Audible.

“Mossville: When Great Trees Fall,” directed by Alexander Glustrom, took home the 5th Annual David Carr Award for Truth in Non-Fiction Filmmaking, which honors a filmmaker, selected by the festival, who utilizes journalistic techniques to explore important contemporary subjects and is presented in honor of Mr. Carr’s commitment to reporting on the media. The award was presented by Mr. Carr’s daughter, documentary filmmaker Erin Lee Carr.

The festival also features a Junior Jury, made up of fifteen area High School students representing twelve area schools, awarded the top prize to “Mossville: When Great Trees Fall,” directed by Alexander Glustrom, with a Special Jury Prize to Patrick Bresnan for Cinematography in “Pahokee.”

The Festival’s 2019 Audience Awards will be announced at the festival’s conclusion on Monday, May 13.

– New York Women in Film & Television (NYWIFT) has announced honorees for the 20 anniversary of its Designing Women Awards, co-presented by Variety, on Tuesday, June 11 the first time at the prestigious Directors Guild of America Theater. Designing Women celebrates the alchemy of design, character, and story by honoring distinguished costume designers, makeup artists and hair stylists in moving image media, and is attended by designers, actors, producers, directors, writers, and fashion industry leaders.

The 2019 ceremony, hosted by comedian Zainab Johnson, will feature costume displays from “Game of Thrones” and “The Marvelous Mrs. Maisel.”

The 2019 Designing Women honorees include the talented women behind some of the most groundbreaking television productions in recent years: 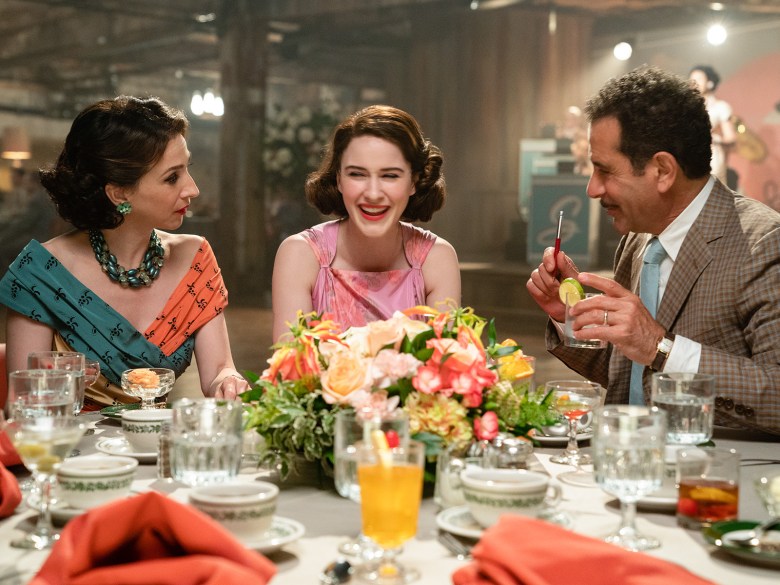 Based on Nicholson’s acclaimed Tony Award-nominated play “The Retreat From Moscow,” the intimate, intense, and loving story of “Hope Gap” charts the life of a woman, shocked to learn her husband is leaving her for another after 29 years of marriage, and the ensuing emotional fallout the dissolution has on their only grown son, until she ultimately regains her footing, and discovers a new, powerful voice.

– Gunpowder & Sky, the global content studio, announced today it has acquired worldwide rights to Sebastian Jones and Ramez Silyan’s SXSW music documentary, “Everybody’s Everything.” The film follows the life and career of Lil Peep, the genre-bending rapper who was just rising to fame when he died of an accidental drug overdose at 21 years old.

Gunpowder & Sky will release the film later this year, and kick off foreign sales at the Cannes market next week.

The presentation of the Schaffner Medal will take place at the AFI Life Achievement Award Tribute to Denzel Washington in Hollywood on June 6, 2019.

– Brooklyn-based arthouse distributor KimStim has signed with Paris-based Playtime, for all U.S. rights to Olivier Meyrou’s (Beyond Hatred) long suppressed doc on Yves Saint Laurent’s final fashion show “Celebration.” The film had originally premiered at the 2007 Berlin Film Festival but was subject to a legal injunction by Yves Saint Laurent’s longtime business and on and off romantic partner Pierre Bergé.

In 2015, Bergé relented and the film was re-edited by Meyrou and made available again in 2018, a decade after Yves Saint Laurent’s death. The film recently screened at the Berlin Film Festival last February and was followed by a theatrical release in France. KimStim will release the film at NYC arthouse theater Film Forum this fall followed by a nation-wide release in select theaters.

This Article is related to: Film and tagged Acquistions, Awards Roundup, Festival Roundup