Bong Joon-ho is now the first Korean filmmaker to win the Palme d'Or at the Cannes Film Festival. 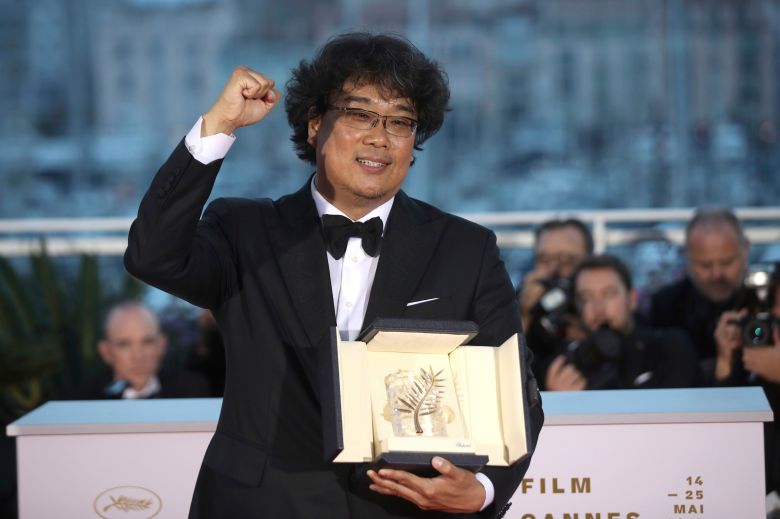 The 2019 Cannes Film Festival ended in historic fashion as Bong Joon-ho became the first Korean director to win the Palme d’Or. Bong took home the top prize for his dramatic thriller “Parasite.” This year’s Cannes jury sat down for a press conference after the awards ceremony and revealed the decision to award Bong the Palme d’Or was a unanimous one.

“It’s such a unique experience. It’s so unexpected,” Iñárritu raved about “Parasite.” “It took all of us sharing our experiences. We shared the mystery of the unexpected way this film took us through different genres and mixed them and spoke in a funny, humorous, tender way with no judgment of something so irreverent and urgent. It’s so global but in such a local film. We were all fascinated by it since we saw it. It kept growing and growing. It was a unanimous decision.”

Iñárritu stressed that the jury did not analyze films from a “political or social agenda” when figuring out which movies and performances to award.

“The film alone should be considered for the award,” the jury president said. “We did not care about who directed, which country, what political message. That should not matter as much as the film itself. The film has to speak for itself. There was no agenda or message that we wanted to convey. That’s not our job. It was cinematic decisions, not political ones.”

The jury awarded “Parasite” the Palme d’Or over other major contenders such as Celine Sciamma’s “Portrait of a Lady on Fire,” Quentin Tarantino’s “Once Upon a Time in Hollywood,” and Terrence Malick’s “A Hidden Life.” The jury gave its runner-up Grand Prix prize to “Atlantics” from Mati Diop, making her the first black woman to win a Cannes competition prize. The Jury prize was split between Ladj Ly’s “Les Misérables” and Kleber Mendonça Filho and Juliano Dornelles’ “Bacurau.”