Bong Joon-ho’s Palme d’Or winner “Parasite” revolves around a family that overtakes a wealthy residence, bit by bit, but the best sequence finds them trapped. When an unexpected development (no spoilers here) puts their scheme at risk, they’re forced to hide in various corridors of the expansive house, under floorboards and in the walls. It’s a startling visual embodiment of the class warfare at the heart of the movie — and in much of Bong’s work, from “Barking Dogs Never Bite” to “Snowpiercer” — wherein less fortunate people attempt to take control of the conditions holding them down, and wind up stuck somewhere in the middle.

Bong’s directorial talents were long overdue for this prize: His slick ability to compose rich visuals in every frame, with complex characters almost too driven for their own good, has made him one of the greatest working filmmakers for years now. But “Parasite” was also an ideal choice for the top prize at this year’s Cannes in a year when many of the best movies in Competition dealt with the same potent theme.

Consider “Atlantics.” Mati Diop’s surreal Grand Prix winner follows a group of women in Dakar abandoned by several young men who flee to the ocean in a quest to reach the coast of Spain. Ada (Mama Sané) is left to contend with a forced marriage to Omar (Barbara Sylla), a wealthy man whom her family hopes will support them. Ada feels trapped: On the one hand, she resents her lover abandoning her in a dreary, impoverished life; at the same time, she’s expected to suppress her emotions for the sake of her family’s stability.

As “Atlantics” heads in an eerie, supernatural direction, and the ghosts of men who departed for the sea come back to haunt Ada’s small community, the movie creates the impression of a world defined by the haves and have-nots. Only through a profound, otherworldly set of circumstances can Ava even begin to contemplate the idea of an escape, but never once does it seem realistic.

So it goes in “Les Miserables” and “Bacurau,” the movies that shared this year’s Jury Prize. In Ladj Ly’s “Les Miserables,” thick-skulled police officers persecute a Muslim community in Paris for no reason other than their ongoing desire to confirm their superiority. Their mounting acts of aggression toward one rebellious Muslim youth lead to a dynamic showdown in an apartment complex when the entire neighborhood acts out in revolt.

That ending is mirrored rather closely in “Bacurau,” Kleber Mendonca Filho and Juliano Dornelles’ futuristic Brazilian Western, when a remote town bands together to fight back against mysterious vigilantes. Their purpose hovers in an ambiguous state for much of the story, but they take on a profound symbolic quality as the movie builds to its bloody finale, as a self-sustaining world defined by its self-sustaining ethos suddenly must fight to sustain its existence.

The stakes take on more personal ramifications in “Portrait of a Lady on Fire,” Celine Sciamma’s screenplay winner, which finds a wealthy young woman named Heloise (Adele Hanele) falling for lower-class painter Marianne (Noémie Merlant) in the 18th century. Their bond is powerful, intimate, and essentially impossible: While the movie doesn’t waste time exploring the taboos associated with same-sex attraction at the time, remaining close to its main characters’ developing bond, it magnifies just how much Heloise has been trapped by her palatial circumstances. As with Ada in “Atlantics,” Heloise is expected to marry a man who can support her and keep her comfortable, but that assumption doesn’t take into account what she actually wants for herself. Her love affair is a quiet act of rebellion against the system holding her in place.

While the fixation of these Cannes entries suggests a mounting discontent with wealth and persecution around the world, Ken Loach got there first. The British auteur has been the ultimate chronicler of underclass frustrations for over half a century, and his Competition entry “Sorry We Missed You” is a vintage example. Tackling the gig economy head-on, Loach focuses on desperate family man Ricky (Kris Hitchen) as he takes on a contract gig driving a delivery van around London, signing away his rights in the process. Loach excels at showing how vast industrial systems exploit the working man, and Ricky’s innocuous descent into a machine keen on eating him alive is tragic to watch, mostly because it feels so real. 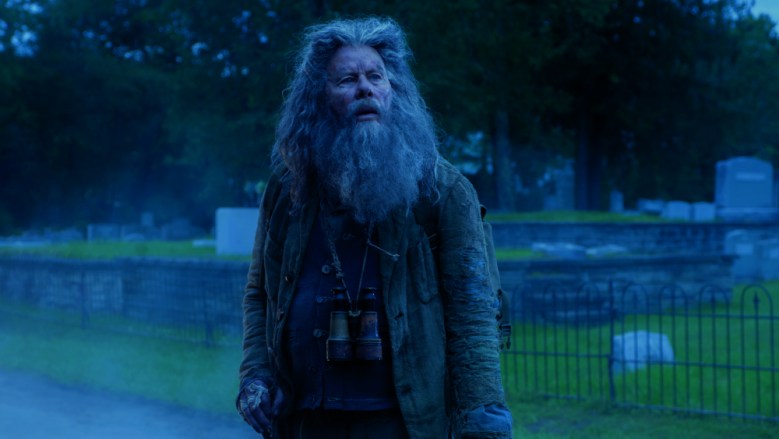 Nevertheless, the narrative of this year’s Cannes goes back to the beginning. Jim Jarmusch’s “The Dead Don’t Die” opened the festival to lukewarm reviews, but the master of deadpan’s dark zombie comedy is nothing if not a pointed critique of an exploitative system. The undead in Jarmusch’s kooky ensemble are drawn to products that they obsessed over in their lives — wifi, Xanax, coffee, you name it — and it doesn’t take much to see just how much contempt Jarmusch has for the way we’ve all become materialistic slaves.

It’s a blunt metaphor, explained in bitter terms in Tom Waits’ apocalyptic voiceover, but in retrospect it set the stage for the festival’s many depictions of global outrage against capitalist persecution. Wealth attracts and it takes away; in the process, it catalyzes dramatic narratives that must be told. Even bad movies can be portals to the fears, anxieties, and frustrations of the times in which they’re made; the 2019 Cannes Film Festival brought us some great ones.

This Article is related to: Film and tagged Cannes, Palme d'Or, Parasite