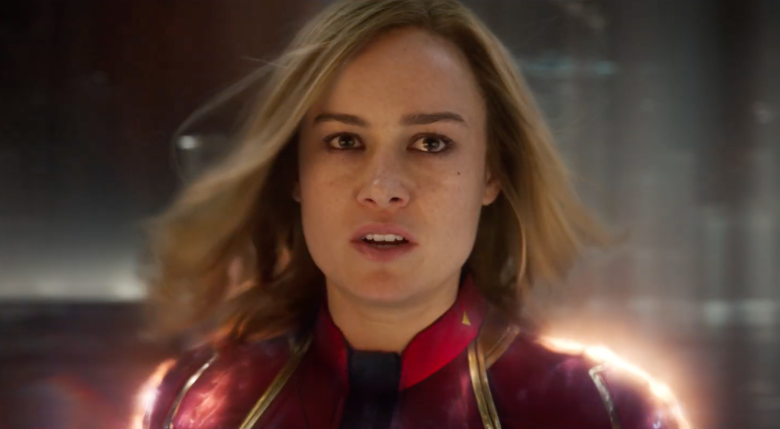 A Twitter troll’s outrage is never spent, it seems.

Fanboys across Twitter shed many fanboy tears about a deleted scene that Marvel Studios released to promote the June home entertainment release of “Captain Marvel.” It’s an extended and alternate version of a scene already in the movie, in which Captain Marvel has landed on 1990s earth and is reading a map to find her way around Los Angeles, when a testosterone-addled jerk on a motorcycle pulls up next to her and catcalls her. He even asks “What, no smile?”

In this version of the scene, the Captain offers him a handshake, demonstrates her iron grip, and asks for his bike lest he should lose his hand. He quickly relents. It plays a lot like any scene from the Terminator franchise where an outsider to present-day earth uses some aggressive negotiation tactics to get what they need — but with the satisfying feminist twist of Captain Marvel both getting what she needs and putting some toxic masculinity in its place.

So, of course, certain outraged male viewers took to Twitter to vent their own toxic masculinity in solidarity with the biker dude and his bruised hand. One tweet read: “Man, it is so empowering to watch a woman with superpowers physically hurt and then threaten to break a man’s hand — and steal his motorcycle and jacket because he said something rude to her! So empowering! Empowerment!”

Another, apparently upset by his perceived notion that the Marvel Cinematic Universe is, rather than being a studiously apolitical corporate juggernaut, a mouthpiece for left-wing activists, added: “We’ll get a deleted scene from ‘Endgame’ where the Hulk is getting ready to go liberate Palestine while Captain America is beating up protesters outside a Planned Parenthood.”

It’s fascinating that a certain, very secure, social media obsessed contingent of male fandom, empowered by being given both a platform and relative anonymity, has appeared so very threatened by “Captain Marvel,” even taking to Rotten Tomatoes weeks in advance of its release to preemptively lower its audience score. The matter was serious enough that it prompted a change: Rotten Tomatoes has since announced that only verified ticket buyers will be able to rate a film upon its release.

Avail yourself below of the extended scene that has apparently threatened the masculinity of so many.