Like most of the series, the emotional and psychological heft of Episode 4 mirrors the impossible task faced by those who tried to minimize the consequences of Chernobyl. 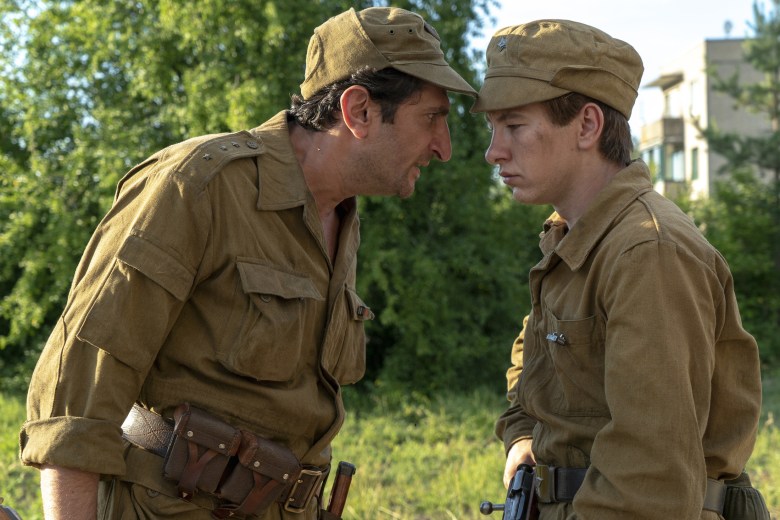 [Editor’s note: The following contains spoilers for “Chernobyl” Episode 4, “The Happiness of All Mankind.”]

One of the ideas that emerges from the HBO series “Chernobyl” is that the initial explosion at the power plant set in motion a race against time, one in which few participants realized how fast they needed to sprint. A notable exception comes in the series’ fourth installment, “The Happiness of All Mankind,” when a revolving door of men are tasked with manually removing radioactive hunks of graphite from one of the plant’s remaining rooftops.

In a single take, the camera follows one doomed worker as he risks his life for a few frenzied seconds atop what Valery Legasov (Jared Harris) describes earlier in the episode as “the most dangerous place on Earth.” Carefully choreographed amid the rubble, the tracking shot moves along with the hazmat-suited subject, as he risks very possible death just to send a few pounds of reactor core back to where it came from. Series director Johan Renck told IndieWire that despite his initial wariness at capturing that moment this way, it was another example from the “Chernobyl” experience that built his faith in the script.

“It was written completely like that. The challenge is, how do you do that so it works?” Renck said. “My instinct is, whenever there’s a script and there’s mention of a one-take, I kinda freak out because I think it’s bullshit. But in this particular case, given the fact that they’re given 90 seconds out there, for me, the agenda of always being as experiential as you possibly can, it was very much suited for it.”

While the tension in some areas of Pripyat is controlled by a stopwatch, “The Happiness of All Mankind” introduces another element to the “Chernobyl” story, following a group of liquidators patrolling the surrounding neighborhoods and villages. As these men follow through on their brutal task to eliminate all living creatures inside the evacuation zone, it’s another side of the near-impossible, all-encompassing effort faced by those looking to ensure that the aftermath of Chernobyl did not leak out into the greater population.

Whether it’s the unassuming people of Pripyat going about their daily lives the morning after the accident or the small group of puppies that a pair of liquidators (Barry Keoghan and Fares Fares) encounter during a sweep of a rural building, it’s difficult to see innocent lives become victims of a crisis that none of them chose to partake in. After multiple installments of dealing with the living cost of Chernobyl, series writer, producer, and creator Craig Mazin understands if Episode 4 is one that might be too much for viewers at certain points.

“Watching people watch it now for the first time, I’m struck. Sometimes I almost get a little paternal, like, ‘OK, if you don’t want to watch this part, you don’t have to’ or ‘This is going to be a little hard now,'” Mazin said. “But almost to a person, they say this is a tough thing to watch, but it’s important to watch it and that’s the highest praise of all, I think.”

That price of containing the spread of radioactive material dovetails with something that emerged earlier in the series. In Episode 2, when Legasov asks Mikhail Gorbachev for three men to send through fatally contaminated waters to avert a thermonuclear catastrophe, Gorbachev never gives an explicit confirmation, instead saying, “All victories inevitably come at a cost.” That poetically vague compartmentalizing of certain mortality is a cultural thread that Mazin wanted to weave into the series.

“There’s a phrase that the Soviets used during Chernobyl. They started to call it ‘counting lives,'” Mazin said. “So they wouldn’t say, ‘How many people are we killing?’ They would just say, ‘Well, let’s count lives. This way will be 100 lives. This’ll be 200 lives. Let’s go with the one that’s 100 lives.’ I thought that was the most gorgeous and yet also terrifying Soviet phrase. I think they felt every life, but the language of the Soviet Union is beautifully florid, especially when it comes to politics.” 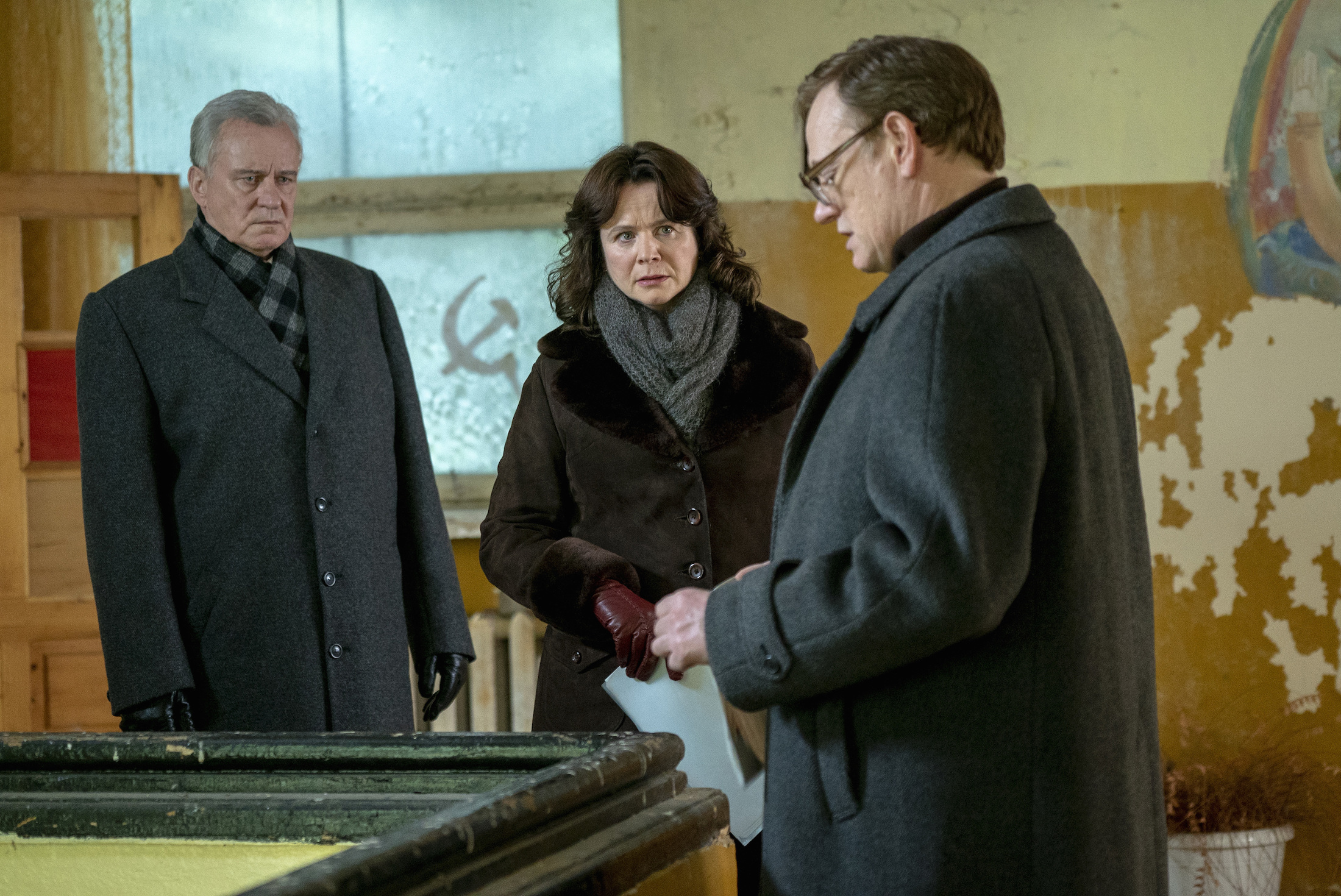 That slight sense of removal also manifested itself in Harris’ performance. During the scene when Legasov proposes that men be used to clear the rooftop rather than the stalled-out, overmatched robots to clear the roof, Harris made one particular choice to emphasize how this grueling process had shifted this scientist’s attitude toward life itself.

“By the time you get to Episode 4, he’s been in it long enough that he has a certain confidence to the way he’s making those calculations,” Harris said. “He’s got his foot up on the table. That was a deliberate choice to do that. The idea that he’s been changed by this process that he’s in, that there’s a certain hardening of that moral compass that he had in the beginning. He’s lost it.”

“The Happiness of All Mankind” also reinforces the idea that “Chernobyl” is an episodic story, told through different atmospheric lenses. Despite the heavy feeling of death that pervades much of the episode, Renck said he still managed to find the beauty in it. And even as “Chernobyl” does such an effective job at providing each of its characters with a distinct perspective and motivation within this impossible set of circumstances, seeing some of these individuals solely fulfill a single task helps to show just how much each of them experienced.

“I like [Episode] 4 very much because I find that episode quite impressionist,” Renck said. “There’s a dreaminess in that episode that I really respond to. There are a lot of elements in there that deals with this sort of nameless, faceless character who still manages to carry a lot of weight. It’s quite simple, but at same time, really powerful.”

This Article is related to: Television and tagged Chernobyl, HBO, Jared Harris