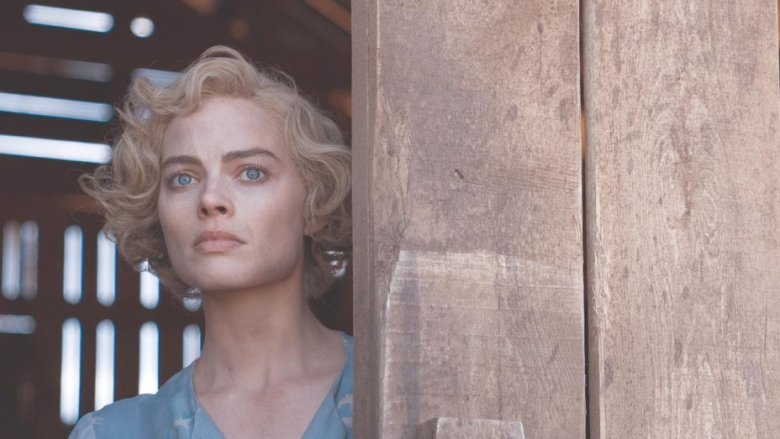 A Depression-era coming-of-age story that’s told with all the born-to-run romance of a Bruce Springsteen anthem, Miles Joris-Peyrafitte’s “Dreamland” is a film as mythic and familiar as the Dust Bowl itself. It’s an arresting fable fueled by the restlessness that American kids have always regarded as a birthright, and a penniless runaway of a movie that’s almost too beautiful to care that it’s racing towards a dead end. You’ve seen this story a thousand times before, but Joris-Peyrafitte’s expressive direction and Margot Robbie’s sheer force of will are enough to endow the movie’s best moments with the same hope-and-a-prayer immediacy that its heroes take with them as they speed towards the southern border.

Beginning with fatalistic narration (from an unseen Lola Kirke) that immediately locates the film in a long tradition of neo-Western legends, “Dreamland” channels everything from “Days of Heaven” to “Slow West” as it lays the groundwork for a half-remembered folktale about a teenage boy and the outlaw who changed his life. Eugene Evans (“Peaky Blinders” star Finn Cole) is no longer around to tell this story for himself, but wherever that strapping teenager got off to — dead or alive — it’s safe to say that he’s in a better place. His arid Texas hometown is a hostile stretch of blue sky and brown dirt where even the days without apocalyptic sandstorms feel like a kind of death rattle. It’s no wonder that Eugene’s father left for Mexico a while back, and that everyone who stuck around seems to resent the land itself.

Eugene doesn’t know much, but he knows that it gets better than this. Maybe it would be easier if things were worse; if the comic books he steals from the local store didn’t fill his head with ideas, or if the “A Girl Walks Home Alone at Night” cinematographer didn’t saturate every part of his world with the deep colors and soft poetry of a lucid dream. The pot seems just a bit too big for Eugene to accept the hand he was dealt. He loves his spark plug of a little sister (Darby Camp, who’s inquisitive but never annoying), and might harbor some vague tenderness for his struggling mother (Kerry Condon), but that only goes so far. His dad once sent him a postcard from the Gulf of Mexico, and Eugene wants nothing more than to hand-deliver a reply. 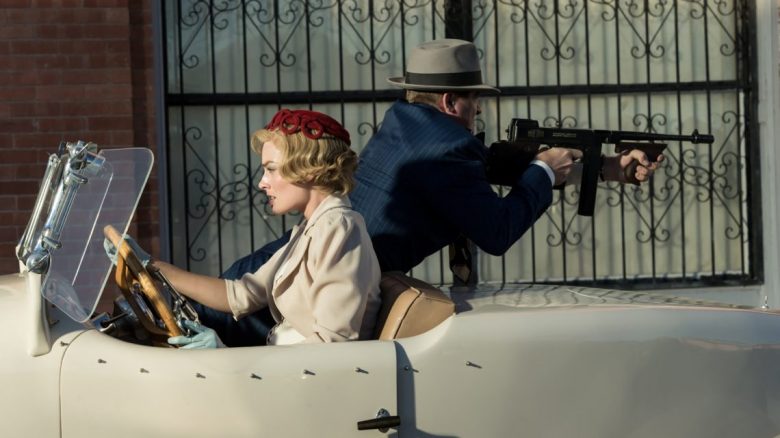 And then some news blows into town: A bankrobber named Allison Wells (Robbie) has botched her latest heist, leaving five people dead at the scene. She’s penniless, leaking, and was last spotted head straight for Eugene’s neck of the woods. Naturally, our gawky adolescent hero (who worships his favorite comic book characters because they know how to speak to women), finds the fugitive hiding in the barn behind his house. Scared as he is, this is obviously the greatest thing that’s ever happened to him, and not only because it’s the only thing that’s ever happened to him. Allison might have a bullet in her leg and a $10,000 bounty on her head, but she’s still Margot Robbie (her blonde mop and black eyeshadow lender her the unmistakable danger of a gun moll). On the flip side of things, Eugene could be Allison’s best-case scenario. Sure, he could use the money, but who’s easier to manipulate than a horny teenage virgin who shares her desire to sneak away from this place forever?

It’s easy enough to predict what happens from there, as the nuances of Nicolaas Zwart’s script don’t quite disguise its clichés. There’s a standard-issue obviousness to the bond that inevitably develops between Eugene and Allison, and “Dreamland” often wrings too much tension from circumstance instead of character. Much of that is laid at the feet of Eugene’s kid sister — who will grow up to be our narrator — as she pokes around the barn and threatens to discover what her brother is hiding in there. On the other hand, the film does right by the boy’s stepfather (Travis Fimmel), an emerald-eyed hardass that a lesser film would have turned into a brute.

But “Dreamland” thrives by inviting viewers to fill in the empty gaps inside and between its lead characters. Both Eugene and Allison are inflated with hot air, but he’s up front about his attraction to her, and she’s just as open about her disinterest in him (which only makes it more intriguing when things change). Robbie, whose still-nascent career has been defined by a striking willingness to explore the power of her own screen image, is in full command of her role, and does a brilliant job of wearing Allison’s manipulative intentions as a kind of loose-fitting mask.

Cole’s part is underwritten, as the blank male leads in stories of maturation often are, but the actor negotiates a curiously space between adolescence and adulthood. Most of the movie feels like it’s suspended in the space between Eugene’s last step as a boy and his first as a man, and he only touches his feet on the ground after an indelible long-take towards the end. It almost feels like he grows older as she gets younger, and they get to be the same age for one short-lived moment.

This is the story of two people who are desperate to find beauty in an ugly world, and it’s a delicious thrill to see how they find it in each other. And also how they don’t. It helps that Joris-Peyrafitte, still a kid in his own right (his “As You Are” premiered at Sundance when he was only 23), is able to find something beautiful in just about everything. His active, dynamic camera manages to enliven all but the most obvious beats, and the busyness of his visual approach never suggests a scrambling uncertainty.

If the landscape evokes the mythicism of Terrence Malick, the rest of the aesthetic often channels the criminal buzz of Fritz Lang: High-angle shots add a divine sense of danger, while noirish lighting and expressive cuts endow the movie with an energy all its own, even as Allison and Eugene careen into every cliché they find along the side of the road. It’s one thing to have a good eye, but Joris-Peyrafitte has real vision. You can see it in the visual integrity of the film’s occasional effects, and you can hear it in the tornado-like strings of Patrick Higgins’ reactive score, a riveting body of music that recalls the work of “Woman in the Dunes” composer Toru Takemitsu in how it creates dense cavities of feeling beneath the film’s characters.

There’s far more to “Dreamland” than the movie is able to wrangle over the course of its harried 98-minute runtime, and even when Allison and Eugene finally ride out to case the promised land it can feel like they’re driving in circles. Then again, it’s not like they’re looking for a real place. There’s no escaping that America is a land of burden, but Joris-Peyrafitte’s movie finds something tragic and beautiful in the story of two people who refuse to carry the weight they were given, no matter how much it costs to put it down.

“Dreamland” premiered at the 2019 Tribeca Film Festival. It is currently seeking U.S. distribution.

This Article is related to: Film and tagged Dreamland, Margot Robbie, Reviews, Tribeca