Elizabeth Olsen has found a new home on television. 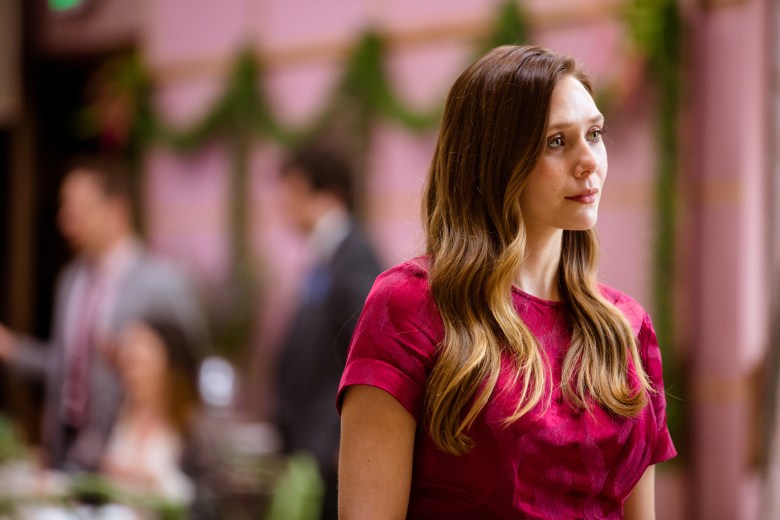 “Sorry For Your Loss” Elizabeth Olsen

Throughout the first season of Facebook Watch’s “Sorry For Your Loss,” the series returns again and again to the same shot. It locks onto the face of lead actress Elizabeth Olsen, allowing her face to express what words could not. As Olsen’s preternaturally wide eyes peer beseechingly into the lens, the audience is invited to gaze directly into the face of grief. In the process, some find solace for their own pain, and they, too, feel seen.

The 10 episode, half-hour drama features a transcendent Olsen as Leigh Shaw, a young widow trying to find her footing in the months after her husband’s death. Shaw is surrounded by family who are bending over backwards to try to make space for her immense grief, while also finding ways to mourn the loss themselves, making for a searing examination of both the mundanity and tragedy of death.

For Olsen, the journey began long before Facebook Watch was even a twinkle in Mark Zuckerberg’s eye, when she came across the script written by playwright Kit Steinkellner and found the words registering directly on her wavelength.

“I had just gone through a transition in my personal life, not a death but a loss,” Olsen said to IndieWire in an interview. “I felt broken at the time, but the funny thing is that the loss became so irrelevant by the time we started shooting that it was no longer my connection to the script.”

Given the three years over which the series was developed, with Olsen signed on not only to star, but also serve as an executive producer, her understanding and internalization of the material began to evolve. She read articles, she read and reread Joan Didion’s memoir of loss “The Year of Magical Thinking.” And then things changed.

“When the time came to cast, I wanted to be the reader for the callbacks,” Olsen recounted. “It was really funny, it was one of those things where it’s just, ‘Wow, I’ve been reading this pilot for such a long time, and I’ve never been able to say it out loud.'”

“And I just dropped into her, because of all of the years with the script and developing story and pitching and talking about these characters. All of that led to a lot of simple connections that allow you to make impulsive [character] decisions day-to-day,” she said.

Olsen wasn’t the only one who felt as though she’d dialed into the character’s DNA. After meeting Olsen for the first time, Steinkellner found herself believing in something otherworldly. “I didn’t have an actress in mind when I wrote this part,” Steinkellner told IndieWire. “I know it’s going to sound a little ‘woo-woo’ but I just felt like I was channeling this person. She just came to me fully formed. It was just this human.”

“But when I met [Olsen] and we sat down on the same couch and talked, pretty early on I had this crazy feeling in my gut,” she continued. “I was like, ‘Oh God, I wrote this part for you without even realizing I was writing this part for you.’ I don’t like really believe in magic, but maybe I believe in it a little tiny bit and the part of me that believes in it was all lit up inside when I met her.” 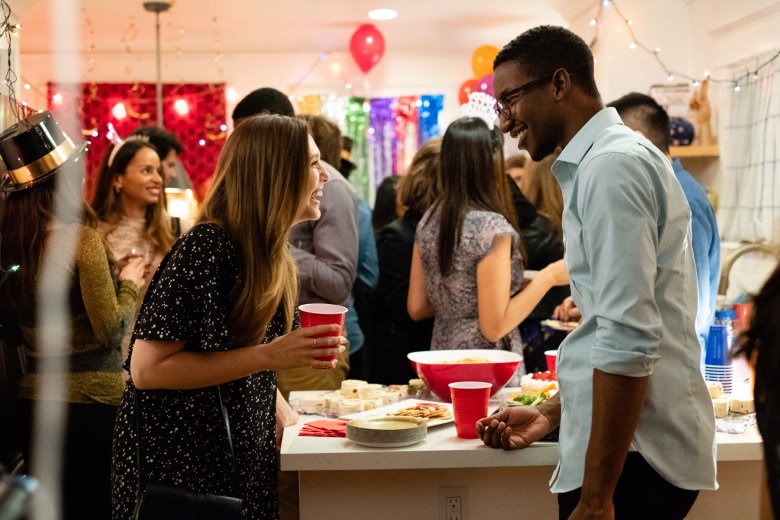 “Sorry For Your Loss” Elizabeth Olsen and Mamoudou Athie

It’s possible that this sense of fate is necessary for what “Sorry For Your Loss” set out to do. Because not only is the series attempting to untangle the messy reality of bereavement, but it’s also tackling the silent monster that sometimes haunts the path on either side of death: depression.

In the center of the series comes a turning point, where both the audience and the characters are left wondering if the death that has left them all so shaken was a suicide or an accident. The show plunges ahead into discussions often left unspoken in polite society, forcing its characters to recognize how difficult it is to understand the pain of others, all while crafting a story that demands empathy for everyone involved.

Maybe even more than the grief, the depression was the element that moved people in Olsen’s life to reach out to her about the series, including a fellow worker where Olsen volunteers, who found the series allowed her to better understand the depression of someone she loved.

“Just [the] thought of her sharing that with me, it broke my heart on a personal level because we did try very hard to capture what depression feels like in that very monotonous way,” Olsen said. “That’s what makes it so fucking demoralizing as an illness, because it eats at you in the simplest of ways that if you don’t understand it or you haven’t experienced it, it’s almost hard to wrap your head around.”

“It’s things like that, beyond just the grief,” she continued. “I’m just really proud of we were able to handle certain topics and subjects and in a way that was relatable to a really specific, authentic experience that people have.”

That feeling of connection, of empathy, of community, served as something of a theme throughout show’s creation and extending even to where the series landed for distribution. While a brand new streaming content provider wouldn’t necessarily be everyone’s first choice when it comes to launching a passion project, Olsen even feels like that may have been kismet, in its own way.

For the uninitiated, to watch “Sorry For Your Loss” on Facebook Watch is to see comments people have left on each episode displayed nearby. Time and again, the featured comment comes from someone still processing their own grief and who has since incorporated the show into their process.

“Just watched all 6 episodes non stop. My 7 month old baby son is sleeping so I have the chance. I just got through the 6 month mark of my husband’s death. He was 32. Cancer. I’m a 32 year old single mom and widow now. How did this happen?”

“I work in a Bereavement Center and truly appreciate how you show what it’s really like to grieve: messy, a wide range of emotions, no time line, and different for everyone.”

“My wife asked me to get groceries by myself late that night, so I wouldn’t be there when it happened.” 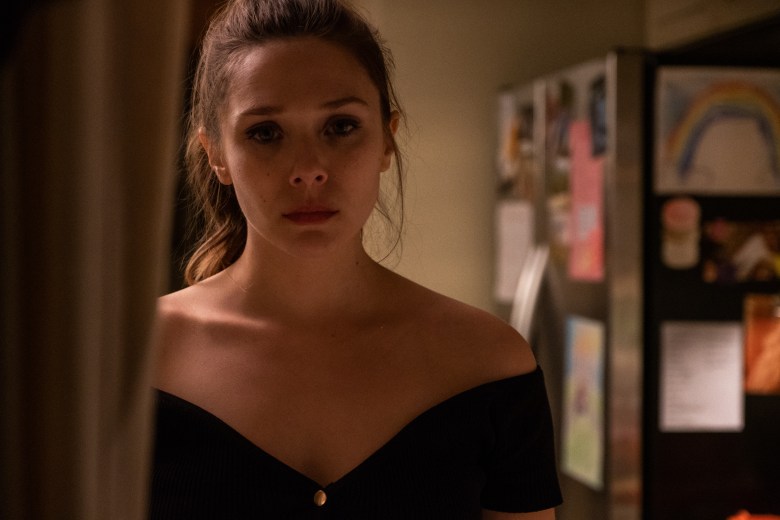 “Sorry For Your Loss” Elizabeth Olsen

Though she hasn’t seen the comments herself —having not watched the show on Facebook proper — some of them had been sent to her by fellow producers, while others that were read to her were a surprise. As gutting as some of the messages are, they all seem to support the hopes that Olsen had for the series. “It ended up being this lovely community, and place, and resource for people to bond, and connect and share,” she said.

This Article is related to: Awards and tagged Elizabeth Olsen, Facebook Watch, Sorry For Your Loss