David Geffen made his first appearance at the Palais in 30 years to support John, who performed live with the actor who plays him, Taron Egerton. 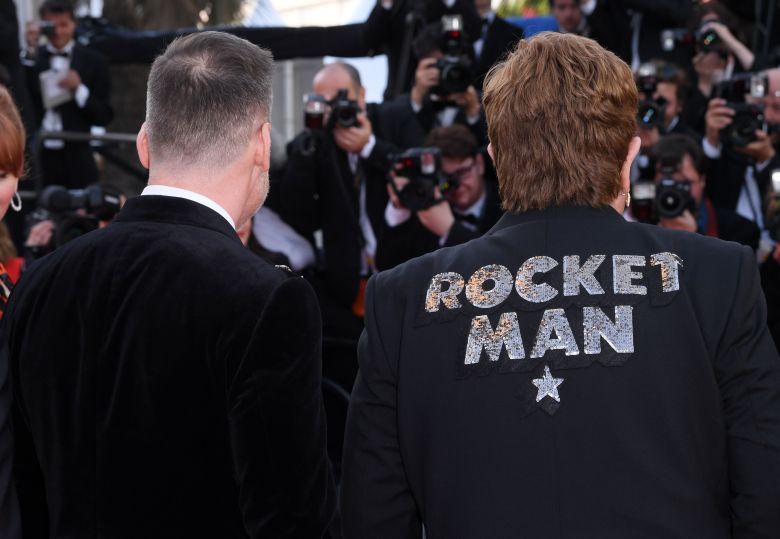 The trailer was promising, and so was the CinemaCon footage. But it takes confidence to send a movie to Cannes, and Paramount’s Jim Gianopulos, who knows the ins and outs of the international market, decided to launch out-of-competition at Cannes one of his first greenlights, Dexter Fletcher’s $40-million Elton John musical “Rocketman.”

The gamble paid off as the movie played well, with producers John and his partner David Furnish and songwriter-partner Bernie Taupin on hand. (Tomatometer is strong so far.) Cannes veterans know that the end-of-movie Palais applause is always long and lingering. What’s rare is breaking into applause in the middle, as the audience did after Taron Egerton as John sits down at the piano in his mother’s house and figures out the music for “Your Song” as Taupin (Jamie Bell) watches. It’s the moment when an artist finally finds his voice. I was in tears.

Paramount will open the movie as wide as possible on May 31, targeting the older female audience that flocks to musicals. While “Rocketman” is unlikely to reach the lofty $900-million heights of wide-appeal biopic “Bohemian Rhapsody,” which may have stolen its Oscar thunder, it’s a much better movie. It should dominate the Golden Globes musical category.

An ambitious full-on bio musical — with 20 songs sung by Egerton, in a bravura turn — Fletcher worked closely with Lee Hall, who wrote both the “Billy Elliot” screenplay and musical book. Fletcher crafted performances that seamlessly tell the story as actors break into song and into fantastic musical numbers. Several music-video sequences cleverly collapse years of John’s life. There is one original song to qualify for Oscar contention, John-Taupin composition ‘(I’m Gonna) Love Me Again,’ performed by Elton and Taron Egerton together. 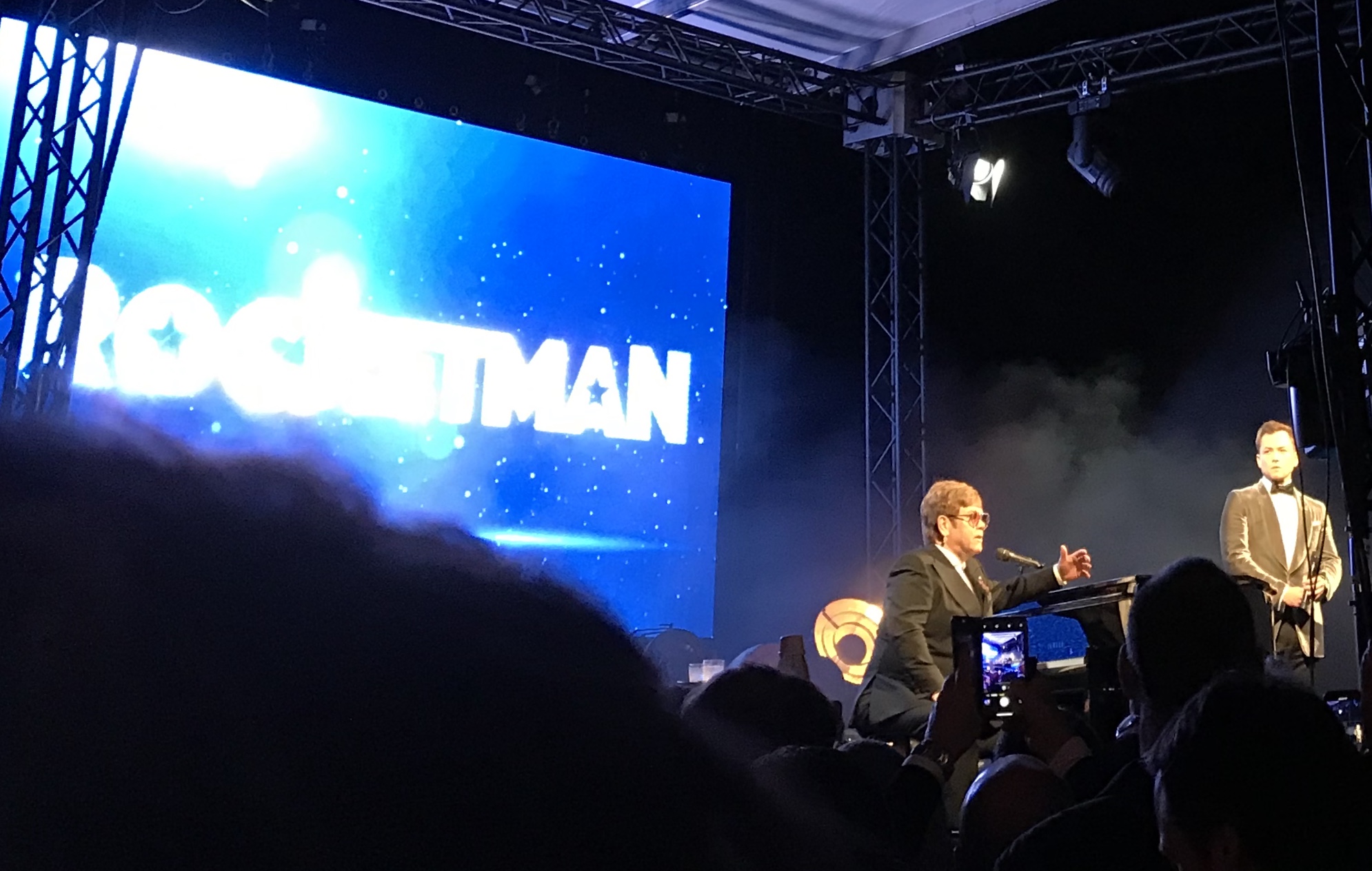 “Rocketman” is sexy, dramatic, and poignant. Watch for it to follow boffo global box office with a run on Broadway. Egerton, who was visibly moved throughout the evening, is not the only breakout; so is Richard Madden as his seductive manager John Reid (who was also the manager villain in “Bohemian Rhapsody”). However, don’t expect the “Bodyguard” star to follow “Rocketman” with more musicals: While Madden sings, dances, and makes love to Egerton as John, he said musicals are not his forte. “I rehearsed so much so that I was not thinking about that,” he said, “just [thinking about] telling a story during these moments as much as the dramatic scenes.” 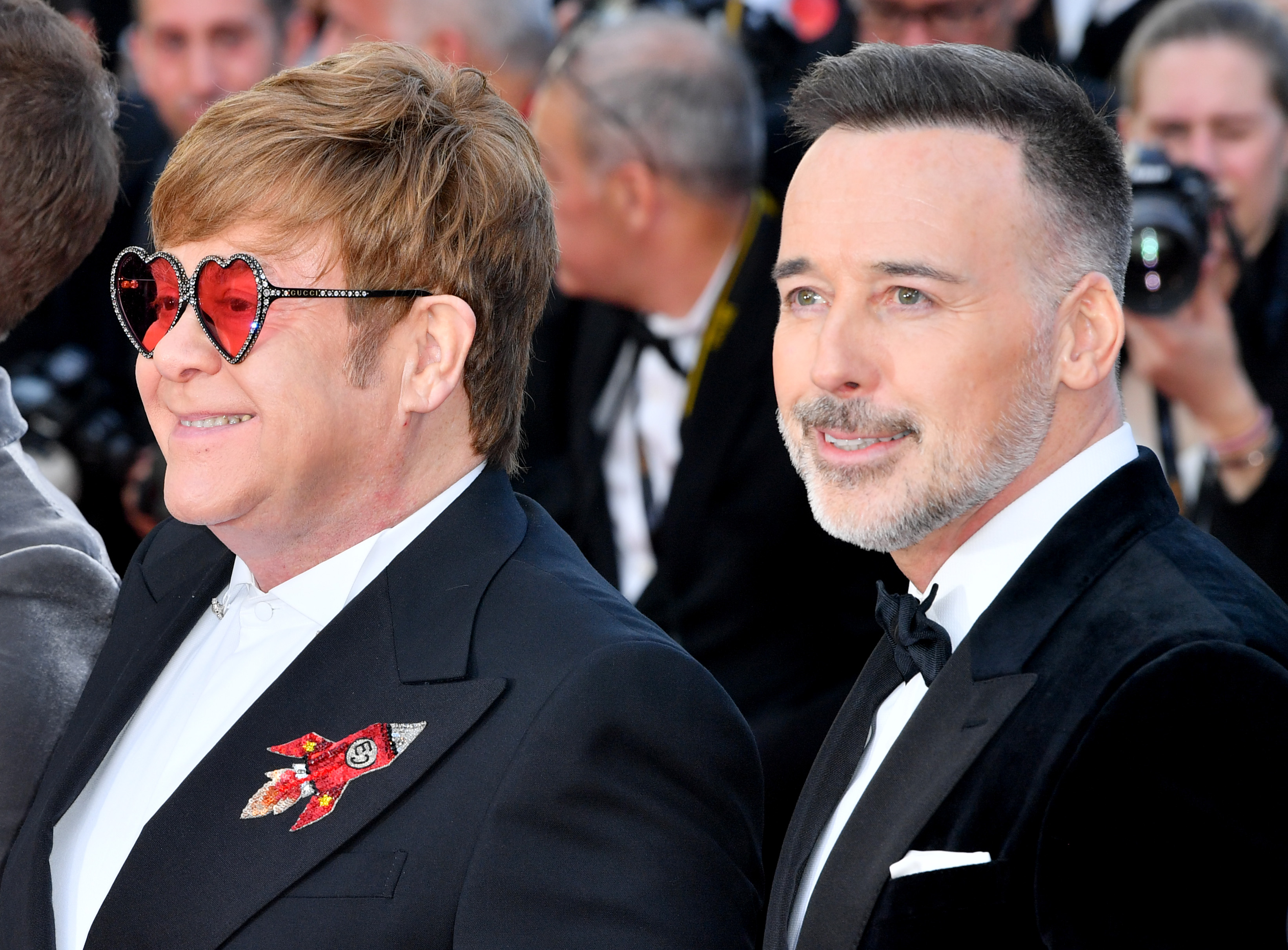 And yes, John went onstage at the Carlton Beach to perform “I’m Still Standing,” and thanked everyone for “making my life come to the screen,” he said. “I said before tonight that even if the movie doesn’t make one penny at the box office — which will kill Jim Gianopulos down there — it’s the movie I wanted to make, and that is sometimes a rare thing. I will never tire of watching it and I want to thank everyone for their incredible performances.”

“My relationship with Bernie Taupin is the glue that holds everything together,” John continued. “He’s here tonight; he’s my partner and I love him more now more than ever, a testament of true friendship through thick and thin — a lot of thick and a lot of thin.”

While Jamie Bell stayed home because he’s having a baby, John did bring Egerton up to sing the movie single “Rocket Man” with him. “He’s gotta sing tonight because I want to make him really scared,” said John.

While the two met on “Kingsman 2,” said John, “Taron Egerton came on board this film because somebody else dropped out. I heard him sing on the ‘Sing’ soundtrack — ‘I’m Still Standing,’ funnily enough. When he auditioned for RADA (the Royal Academy of Dramatic Art), he sang ‘Your Song’ as his audition and got in. His performance as a musician in this film is scarily brilliant. I can’t still believe it when I listen to it. When I watch the movie, I don’t see an actor, I see myself, which is an extraordinary thing for an actor to do. He’s extraordinary.” 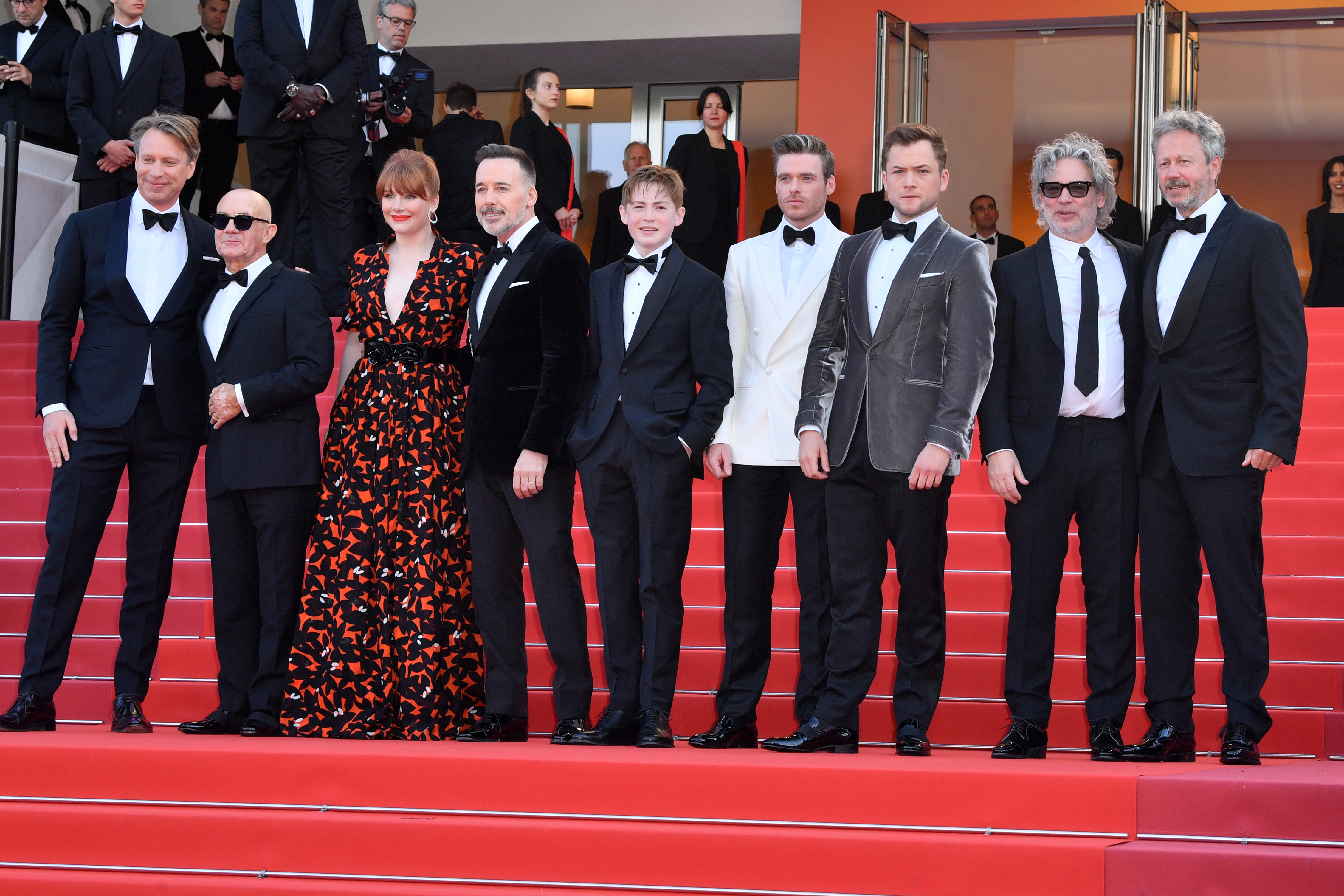 While David Geffen often hosts parties at Cannes from his offshore yacht, he made a rare appearance at the Palais to see his old friend — his first in 30 years, he said. Geffen produced his friend’s comeback albums, including “I’m Still Standing.”