The actor and Phoebe Waller-Bridge dissect the smoldering chemistry between Fleabag and the so-called Hot Priest. 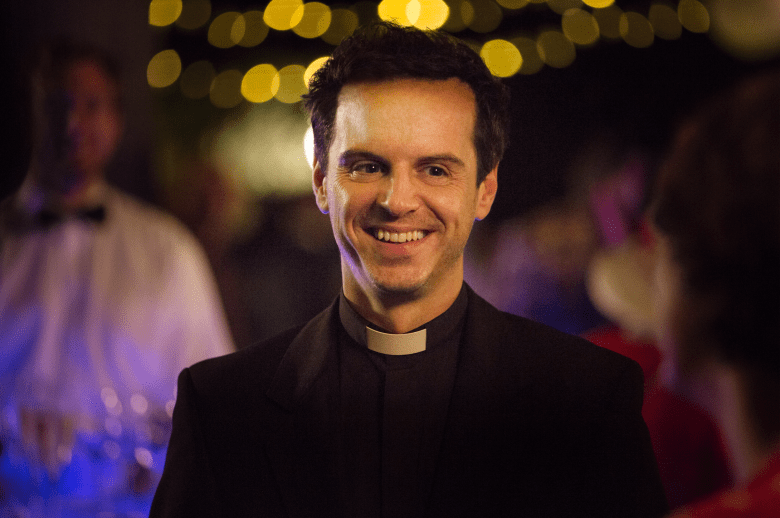 [Editor’s Note: The following contains spoilers for “Fleabag” Season 2, including the finale.]

In the Season 2 premiere of “Fleabag,” the title character played by Phoebe Waller-Bridge and her sister Claire (Sian Clifford) ride in a cab after dinner and have the following exchange about a man they just met:

Much has been made of Andrew Scott’s “Fleabag” character The Priest, more often referred to by the ardent nickname “Hot Priest” in numerous headlines and social media posts. Although Scott is an appealing and charismatic man — ask anyone who had a problematic attraction to the evil mastermind Moriarty on “Sherlock” — the overwhelming reaction to The Priest goes beyond mere handsomeness or sex appeal. The real culprit that has inspired such devotion, so to speak, is the power of the season’s heartbreaking love story between Fleabag and The Priest balanced against their undeniable attraction.

In an interview with IndieWire, Scott acknowledged the onscreen chemistry that even surprised him in its potency when he finally watched it. “A lot of the times it can be quite a stressful experience because you’re seeing it for the first time and you want it to be good,” he said. “I was blown away. We believed we had a great connection, but actually when I watched it, I was like, ‘Oh god! This is great. This is really explosive here.’

“Phoebe and I just have this great chemistry. I think it’s just a magical thing that happens sometimes and I’m really, really pleased to say it happened on this.”

When Fleabag meets The Priest, she becomes intrigued when it’s clear that he’s no typical man of the cloth. He’s lived a life peppered with troubles, addictions, and possibly unsavory adventures. The two deny their attraction until they can’t anymore. What results are intense scenes throughout the season where the sexual tension is so palpable it may as well fog up the screen.

Waller-Bridge knows the importance of this chemistry to sell the story and credits Scott’s talents as an actor to create the right dynamic. If he didn’t join the cast, Season 2 may never have happened.

“Religion was already a theme in my mind from very, very early on, but I didn’t know how to distill that until I had decided on The Priest,” she said. “I worried it would be too much of an obvious sort of comedy idea, that Fleabag, who you can’t imagine has ever stepped foot in a church before, that she should come up against a man of the cloth. It seems almost too comedic, too sitcom.

“But then the moment I imagined Andrew Scott in that role, and making this man complex and three-dimensional, and sort of a match for Fleabag, then I was like ‘I’ve got the show now,’” she continued. “It’s all about these two and how they affect each other’s lives. I called him up before I’d even written it to see if he’d be interested in doing it, and I pitched him the idea because I think if he’d said no, I don’t know if I would have actually been able to write that part.” 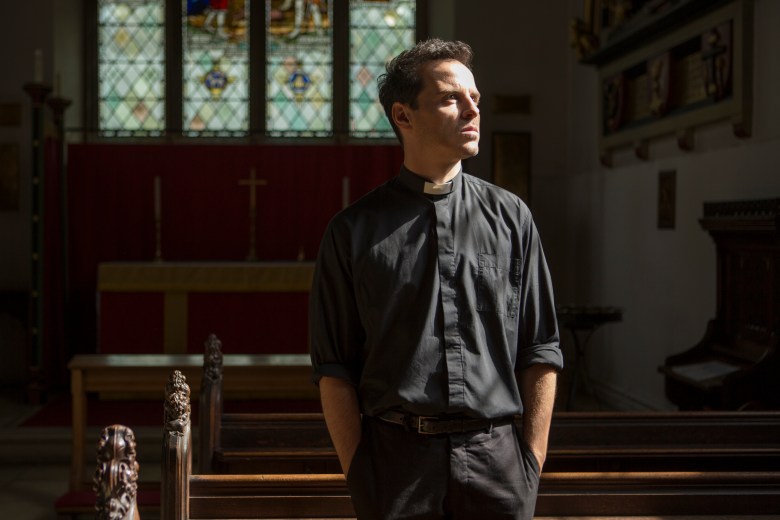 Waller-Bridge and Scott have known each other since working together on a play at the Soho Theater about 10 years ago. It’s this experience that set her heart on casting Scott.

“I’ve just never recovered from it,” she admitted. “He’s so fearlessly truthful. And there’s something really dangerous about how truthful he is as an actor. And he just comes with so much complexity that your characters instantly become interesting because they’re being played by Andrew Scott.”

Fortunately, Scott accepted the role and is “thrilled” with how the show has turned out. “Knowing Phoebe as I do, I jumped on board with just a feeling that it was going to be special,” he said. “The character is called The Priest, but I think I would’ve been a bit more intimidated if he were called the Hot Priest.”

While Fleabag and the Priest’s scenes are filled with a charged energy, some of their most powerful moments occur when one element of their interaction is removed. For example, there’s a fraught moment when the two sit across from each other in a room during a silent Quaker meeting, and yet it’s clear that they’re both highly aware of each other.

But the show also plays with the opposite circumstance, when they’re physically separated but are connected only through their voices. This occurs in the opening episode when The Priest speaks to Fleabag through the door of the ladies’ bathroom, and later when Fleabag goes into the confessional to voice her fears. 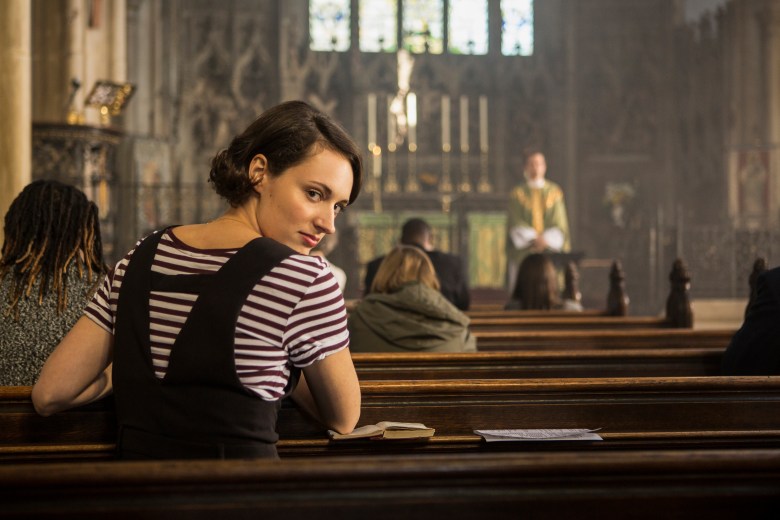 “I think it’s fascinating, that, actually. The power of the voice is extraordinary because we’ve only got one tool at your disposal to convey what you’re feeling,” said Scott. “Particularly in the confessional, I think it’s very important that that be true because it relies on the ears. And in a way I think it makes you hyper-aware of what we might be seeing, and that highlights the mystery of what he might be thinking.”

“Fleabag” also forges a connection between the two characters in a way that is unique to the show. The character of Fleabag is known for breaking the fourth wall to make cheeky asides and even cheekier eye contact with the viewers. But in Season 2, the Priest calls attention to these moments, asking who she’s talking to or where she’s going mentally when she “disappears.”

Scott theorized why the Priest has this ability. “We wanted the Priest to be more of a match for the character Fleabag. He’s somebody who she can’t just sort of dismiss out of hand. I think he’s damaged as well and he understands loneliness.

“So much of the device of speaking to the audience concerns the theme of loneliness, and I think that he’s able to recognize that because he’s actually able to see her,” he continued. “And so there’s a sort of spiritual thing at play that isn’t just a televisual device. He’s the only character who does that. That was incredible. I think it’s a wonderful device to depict love.”

In the end, Fleabag and The Priest profess their love for each other but remain apart, an ending that Scott believes is perfect. Throughout the season, their love transcends the physical and chemical; it even transcends shared transgression. The extra element to their intense connection could be seen as spiritual, existing on a plane that can mutually break the fourth wall to reach viewers who may also want this potent and yet pure type of love. As the Priest says at the wedding, “When you find somebody you love, that feels like hope.” And that hope he brings to Fleabag is what gives him the allure of the Hot Priest.

”Fleabag” Seasons 1 and 2 are currently streaming on Amazon Prime Video.