“Find the biggest TV you can,” Clarke says about the series' penultimate episode. 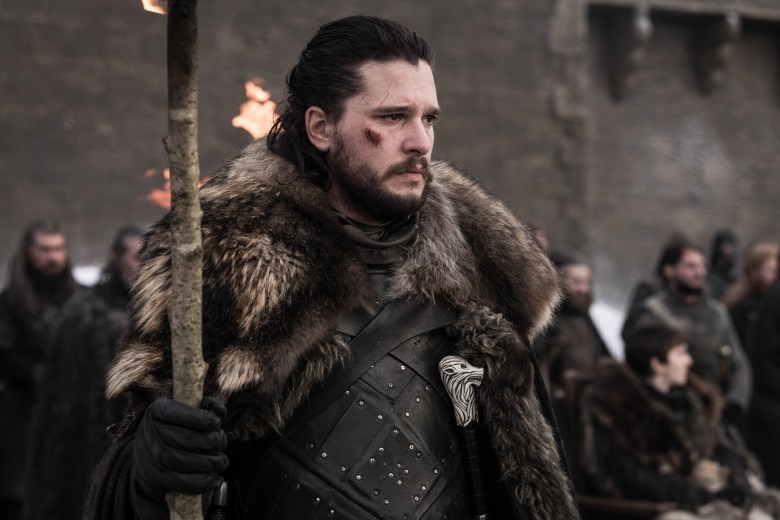 The future of “Game of Thrones” remains a mystery after the ending of the final season’s third episode, “The Long Night,” brought to a close the series-long conflict against the Night King and the white walker army. The Night King’s death took many fans by surprise, as the character had been set up for multiple seasons as the show’s primary villain. It turns out the war against the white walkers is not the focus of “Thrones'” endgame, but that doesn’t mean big things aren’t in store for the series’ final three episodes. Quite the contrary, says Kit Harington and Emilia Clarke.

In a brief interview with Entertainment Weekly, Harington looks ahead to this week’s fourth episode. The installment will focus on the aftermath of the Battle of Winterfell, as the surviving characters pick up the pieces and begin to plot their next move since Cersei must still be dealt with at King’s Landing. Harington called the fourth episode a personal favorite. The episode is set to run just under 80 minutes and is directed by David Nutter, who helmed the final season’s first two episodes.

“One of my favorite episodes is four because the characters have seemingly got what they needed,” Harington said. “The world is safe now. They’re celebrating and saying goodbye to lost friends. But as an audience you’re going, ‘This is only episode four, something’s going to happen.’ And that’s the cool thing because I think the characters are aware of this as well. There’s something twisted and uncomfortable about it. It’s so Shakespearean.”

As for episode five, Emilia Clarke told Jimmy Kimmel that fans might want to start preparing for something even bigger than the Battle of Winterfell. The penultimate “Thrones” installment boasts director Miguel Sapochnik, who helmed “The Long Night” and other battle-heavy episodes such as “Hardhome” and “Battle of the Bastards.” The second-to-last episode also runs 80 minutes.

“[The next episodes] are going to be mental,” Clarke teased. “Episode five is bigger. Episode five is ahhhh. I mean four and five and six, they’re all insane, but…”

When Kimmel asked if something crazy happens in episode five, Clarke would only say, “Find the biggest TV you can.” The final season of “Game of Thrones” continues Sunday at 9pm ET on HBO.