The fate of Bran came as a shock to many "Game of Thrones" fans after the HBO series aired its final episode. 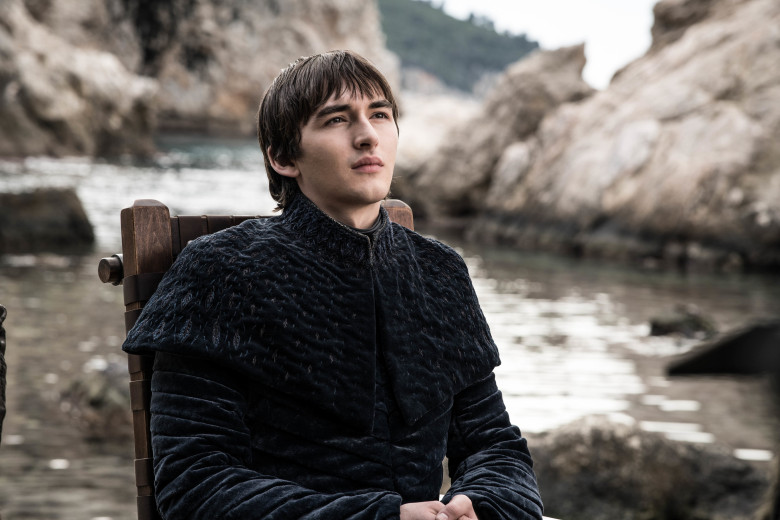 “Game of Thrones” fans had a lot to say about the HBO fantasy series’ last episode, but one twist that resulted in widespread disbelief was the revelation that Bran Stark (Isaac Hempstead Wright) would be named the new King of Westeros. The entire series centered around the possession of the Iron Throne, a powerful struggle mostly involving key characters such as Jon Snow, Daenerys Targaryen, and Cersei Lannister. The show upended expectations by concluding with Bran serving as King, a plot point that Wright tells Making Game of Thrones came directly from author George R.R. Martin himself.

“[Showrunners] David and Dan told me there were two things George R.R. Martin had planned for Bran,” the actor said, “and that was the Hodor revelation, and that he would be king. So that’s pretty special to be directly involved in something that is part of George’s vision. It was a really nice way to wrap it up.”

Martin has not published the final two books in his “Game of Thrones” literary series, which has led many fans to wonder what polarizing twists were the creation of the television showrunners and what were being planned for the book series by Martin from the start. Martin told the showrunners the ending but has not disclosed how faithful they remained to his vision. The author has vowed not to reveal similarities between the show and his unpublished books so that the series remains new and exciting for fans.

Wright told Entertainment Weekly earlier this month that when he first found out Bran would be named King he was so shocked he thought it was a joke. “When I got to the [Dragonpit scene] in the last episode and they’re like, ‘What about Bran?’ I had to get up and pace around the room,” Wright said. “I genuinely thought it was a joke script and that [showrunners David Benioff and D.B. Weiss] sent to everyone a script with their own character ending up on the Iron Throne. ‘Yeah, good one guys. Oh shit, it’s actually real?’”

While fans of the HBO show widely mocked the twist, Bran becoming king most likely feels like a more natural progression for book readers. The last two seasons of “Thrones” moved at a quick pace that didn’t make all of the final twists feel as earned as they probably will feel in Martin’s final two novels (see Dany’s descent into the Mad Queen). The show never really gave Bran his due, so the revelation that he is now the King of Westeros struck many viewers as unearned and, frankly, random. Bran was so underutilized on the show that the character didn’t even appear in the entire fifth season.

The full “Game of Thrones” series is now streaming on HBO Go and HBO Now.

This Article is related to: Television and tagged Game of Thrones, Isaac Hempstead Wright