Could Jon’s coldness to Ghost be a sign that he’s not a fit ruler? 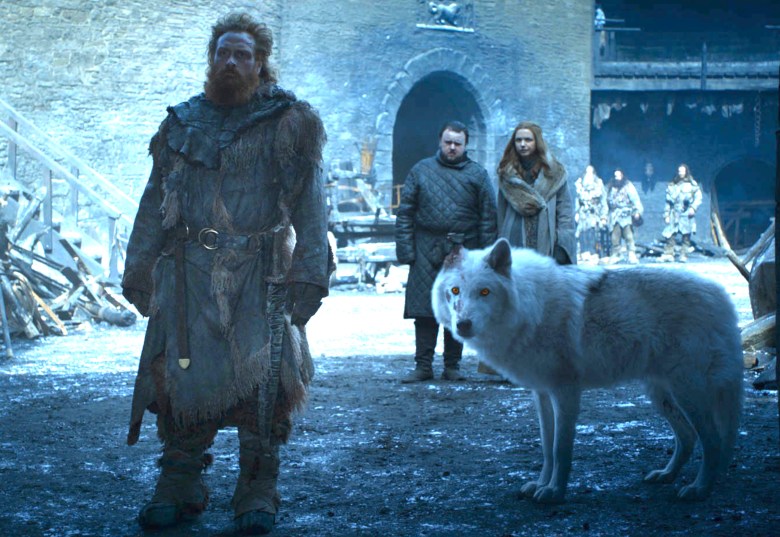 You know nothing, Jon Snow … about being a direwolf owner. In Sunday’s episode of “Game of Thrones,” the Warden of the North (Kit Harington) takes leave of his direwolf Ghost by abandoning him. While his claim that Ghost probably isn’t suited to the South — where Jon is heading to attack King’s Landing — is probably true, the moment feels false, as if Jon knows that he’s making excuses.

It’s a head-scratching moment because even if Jon is heading to King’s Landing, that doesn’t mean he has to completely get rid of Ghost. Direwolves have been companions to Starks for centuries. That’s why they’re on the goddamn sigil for the House. Therefore, it makes sense for Ghost to stay at Winterfell and guard Jon’s cousins (Sophie Turner, Maisie Williams, Isaac Hempstead Wright).

But even if it is best for him to go with Tormund and the wildlings farther north, Jon’s farewell to Ghost is non-existent. He treats his wolf as if he were a stranger and says nothing. He “ghosts” Ghost. It’s truly bizarre that he doesn’t even talk or pet his own direwolf after all they’ve been through together. Ghost has saved Jon’s life and even Samwell Tarly’s (John Bradley) several times, has fought alongside Jon, and even mourned and guarded his dead body when the Night’s Watch mutinied against Jon.

Oddly enough, Jon’s neglect of Ghost began almost as soon as he met with Daenerys Targaryen (Emilia Clarke). This parallels how, despite all of his protests to Arya and Sansa to the contrary, he continues to pick the Targaryen queen over his own Stark family. It’s as if he’s abandoned being a Stark even though he’s half Stark by blood. Then again, this is Westeros, the most patriarchal of societies, and his Stark blood is on his mother’s side; how quickly Jon forgets what Ned Stark (Sean Bean) did for him and what his family has meant to him in the face of his royal heritage and incestuous love. As Tyrion (Peter Dinklage) so eloquently observes, “Cocks are important.”

This is not entirely Jon’s fault. The show never really knew what to do with the direwolves beyond the template that George R.R. Martin gave them, and even then, the series’ direwolves haven’t lived up to canon. They’re supposed to be massive, the size of a pony, and also have a mental bond with the Starks. This would’ve made for some fascinating tandem fighting in battle – there are just so many potential uses for a telepathic bond with a fierce animal. 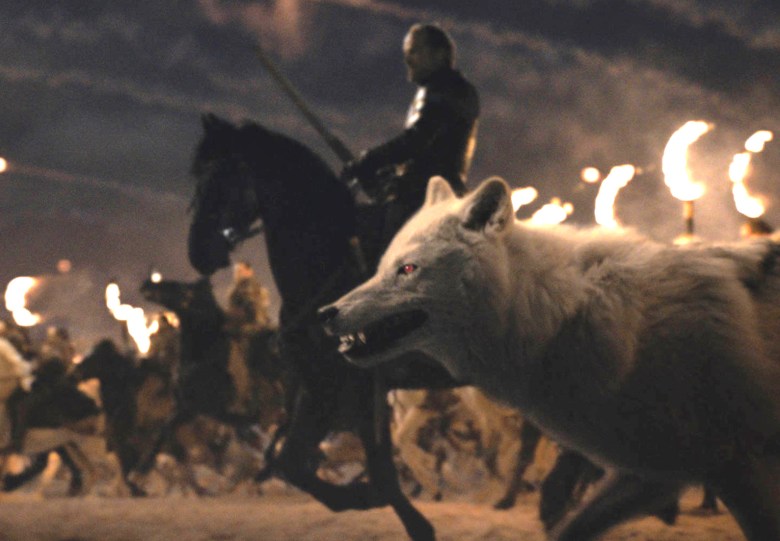 But let’s not forget that Martin has teased that Arya’s feral wolf Nymeria has a role to play in his final two books. It’s to be hoped the the show doesn’t continue to dismiss the direwolves’ importance for what would make for a spectacular scene if wolves swoop in to help save the day. Stranger things have happened on “Game of Thrones” when it comes to turning the tide of battle.

As it stands now, though, Jon hasn’t just abandoned Ghost, he abandoned the Starks. But that’s OK because Sansa recalls Ned Stark’s words: “The lone wolf dies, but the pack survives.”