The actor, who’ll turn 19 in July, spoke to IndieWire about his audition for the show, what he likes about Robin, and what’s next for his career. 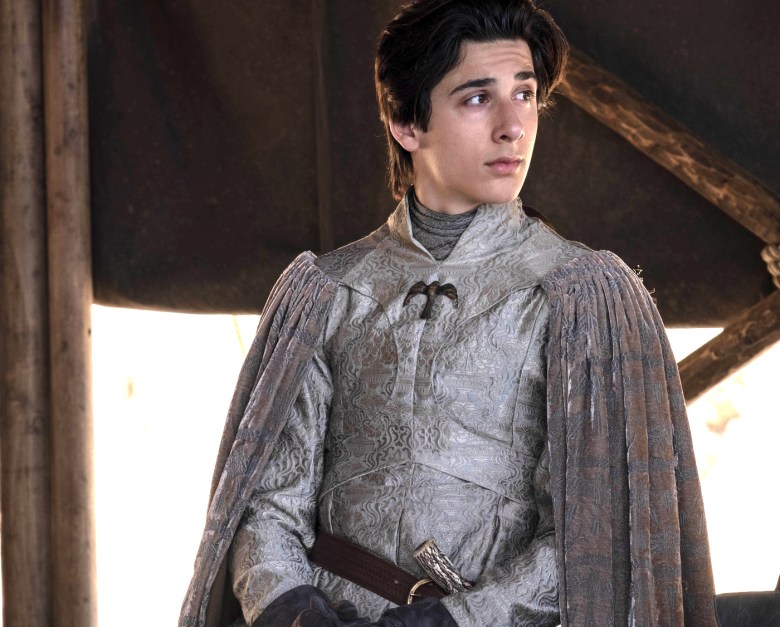 “Make the bad man, fly!” little Robin Arryn once demanded — nay, screamed — in the first season of “Game of Thrones.” Among the nearly 200 main and recurring characters on the series, the bratty young Lord of the Eyrie was never really been a fan favorite, but he certainly became a breakout in the series finale despite uttering only one word. During a council of Westeros’ lords and ladies, a grown-up Robin votes “aye” for Bran Stark (Isaac Hempstead Wright) to become king.

Actor Lino Facioli’s appearance has changed significantly because he was only 14 when he last appeared two seasons ago, but four years later, he’s entered adulthood. Viewers were not prepared for the more mature Robin, and social media posts remarked on how the Starks’ young and sickly cousin had “glow’d up.”

Facioli was shocked by the intense attention that his guest appearance inspired online. “Honestly, I’m still a bit in awe of it. There’s always been a response to some extent every year, but then this year was a whole new deal,” he said in an interview with IndieWire. “It still feels a bit unreal. It is crazy that this is happening, but I love it.”

“Seeing a meme with your face on it is quite funny. It’s the first time a friend has been like, ‘Oh shit, OK, you’re famous now, Lino,’” he said. “Obviously, I don’t really realize that I’ve been growing, that I’m changing, but in doing this, I had family members who watched it and didn’t realize it was me.”

Facioli doesn’t remember much about the call to return to the show since “the level of secrecy gets higher and higher because there’s such a danger of leaks” each year. But he traveled to shoot the scene in Seville, where he reunited with Sophie Turner, whose character Sansa also lived in the Eyrie for a while. “Oh, it was brilliant. I think she was surprised how much I’ve changed as well because we hadn’t worked since four years ago,” he said. “So coming back was quite a shock for both of us.”

Facioli is one of the few child actors — along with Hempstead Wright, Turner, and Maisie Williams — who grew up on the show and lasted through the finale. Looking back, he still recalls the audition that landed him the role of Robin. “It was the scene in the first season where Tyrion (Peter Dinklage) comes to the Eyrie, and he’s trying to get a trial by combat, and I’m like, ‘Make the bad man fly!’” he said, referring to how Robin wanted to execute prisoners by pushing them through the Moon Door, a hatch in the main hall that opens to a giant void into the vale below.

“I just remember getting really, really into it and coming out of the audition and I was shaking,” he continued. “I just remember channeling the energy of a scared chihuahua, one of those very angry, aggressive, chihuahuas.”

Watch the scene in question below:

There was an unpredictability to the child, whether it was demanding murder, destroying castles made of snow or breastfeeding from his mother when he was far past the age of nursing — and Facioli understands why some viewers have fixated on this aspect of Robin. “It’s funny. I think there’s a lot more to the character than that scene, but I understand why it made such an impact,” he said. “But even though he was just a tiny bit too old for what he was doing, I think there should be more acceptance for breastfeeding in general.”

Facioli loves all the idiosyncrasies of his character, as evidenced by his Twitter bio that describes himself as “that weird kid from ‘Game of Thrones.’”

“I kind of like it because like Robin, growing up as a teenager, you’re getting used to yourself, you get seeing how the world sees you,” he said. “I guess that’s one of the things… through the process of people knowing me as that weird kid, I kind of just embraced it. I can have a laugh in it. So yeah, I think I might keep [that Twitter bio] for a while.”

Robin also stood out on a show that valued strategy, one-upmanship, skilled fighting, and warmongering. Despite his thirst for blood, this strange little boy didn’t enjoy fighting and was seen several times struggling to even lift a sword. 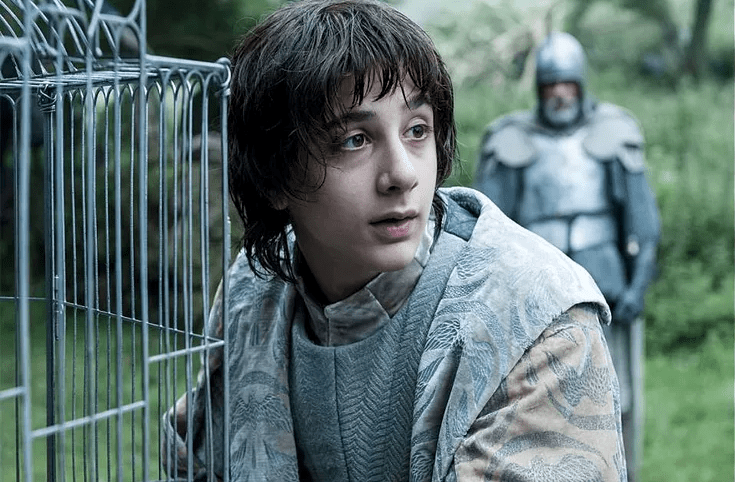 “It’s hard to say what I like best about Robin Arryn. In the world of Westeros where everyone is so tough or so clever or trying to get the best of the situation, Robin doesn’t seem to care very much,” said Facioli. “He’s just there to have a good time. I mean, his idea of having a good time is literally throwing people out of the Moon Door. So if he’s doing that he’s having a blast. It was quite fun to play because he was oblivious in this crazy dog-eat-dog world.”

Although the show never really filled in what Robin had been doing all this time — besides sitting safely at home while sending aid for the Battle of the Bastards – he at least survived. “Everyone I know on set was getting killed off, but somehow, miraculously I made it through,” said Facioli. “I personally think that he’s actually turned into an amazing warrior, but he doesn’t want that little place at the table at the end, he doesn’t even want the glory. He seems pretty content with himself after having been through a lot in his past with that crazy, psychotic relationship with his mom.”

With “Game of Thrones” in the rearview, Facioli is looking forward to the next chapter in his career. He appeared in the short film “Ishi” and stars in the play “To Drone in the Rain” in London this June. He’s also filming a project that he can’t discuss details for at the moment.

Besides also pursuing his visual arts training — he designed a poster for “To Drone in the Rain” — Facioli also plans to catch up on “Game of Thrones.” Having been too young most of his life to have watched the racy, violent series, he feels ready now to dive in. “I’ve watched the first episode and the last episode,” he admitted. “I watched the last one yesterday just to see how it ends, just to see what I thought was true, was true. But I will watch the rest of it, it’s just going to take a while.”

This Article is related to: Television and tagged Game of Thrones, HBO, Lino Facioli, TV Interviews