Much like the depleted Northern forces, bewildering tactical errors have made "Game of Thrones'" once inevitable victory all the more difficult. 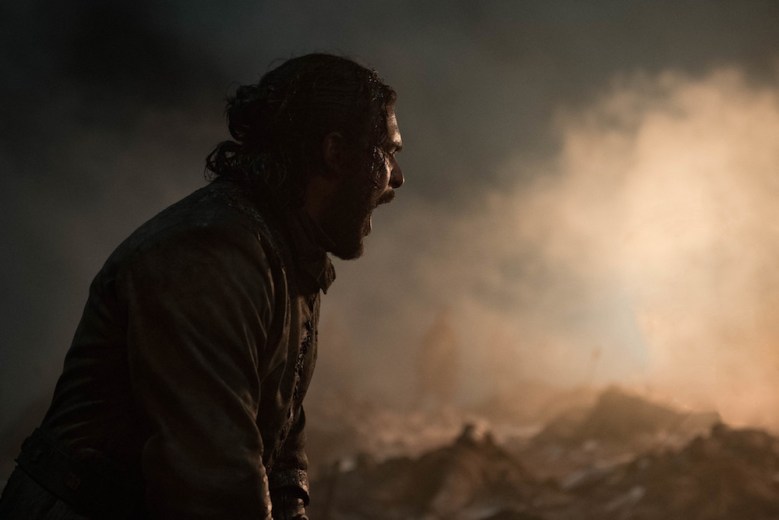 Kit Harington in “Game of Thrones”

In the end, “Game of Thrones” can’t fail. D.B. Weiss and David Benioff’s HBO epic isn’t like other prestige dramas facing high expectations for its final season. It’s not “The Sopranos,” or “Mad Men,” or even the addictive “Breaking Bad.” Unlike those shows, these creators didn’t have to debate the closing sequence; they don’t have to worry about a contentious cut to black (one hopes), how to interpret a Coca-Cola ad, or if a main character would die. Death is part of the game, and this ending has been promised since the start: Someone will rule the Iron Throne, once and for all.

That’s its edge, and yet “Game of Thrones” has made it into a weakness. Security in an endgame should breed creative ideas on how to get there. More chances can be taken as certain characters become more important, while others’ relevance dips — all unbeknownst to the audience, who doesn’t know what ending is coming. Instead, for some reason, the final season is in danger of repeating itself: one long buildup to a battle preceding another. Even if the latter half reinvests in its dearly missed betrayals and well-orchestrated twists, the first half (half!) of Season 8 will be remembered as largely irrelevant; a prolonged pitstop on the way to what people will really remember: the finale; the ending; the throne.

Season 8 is essentially rebooting midway through. All the events in the first two episodes (if not the preceding season, which was also a disappointment) were building up to the Battle of Winterfell, and now that it’s over — with only a handful of supporting characters dead, the ultimate goal unchanged, and the main contenders still competing for the one seat to rule them all — the final three hours have a lot of work to do in order to provide the kind of closure and satisfaction fans have been banking on for literal years.

But “Game of Thrones” can’t fail. More people are watching than ever. The first episode has been seen by 38 million viewers (over a quarter of all HBO subscribers), and the third snagged more eyeballs in one day than any other episode. For every legitimate criticism heard by the few who care, blind loyalty to a program or network overwhelm any sort of consensus opinion. And then there are the absurd critiques which spring out of the internet’s darkest corners, as if knowing the fans and naysayers needed something to bond over. It’s a self-sustaining echo chamber, even if it’s all just noise. 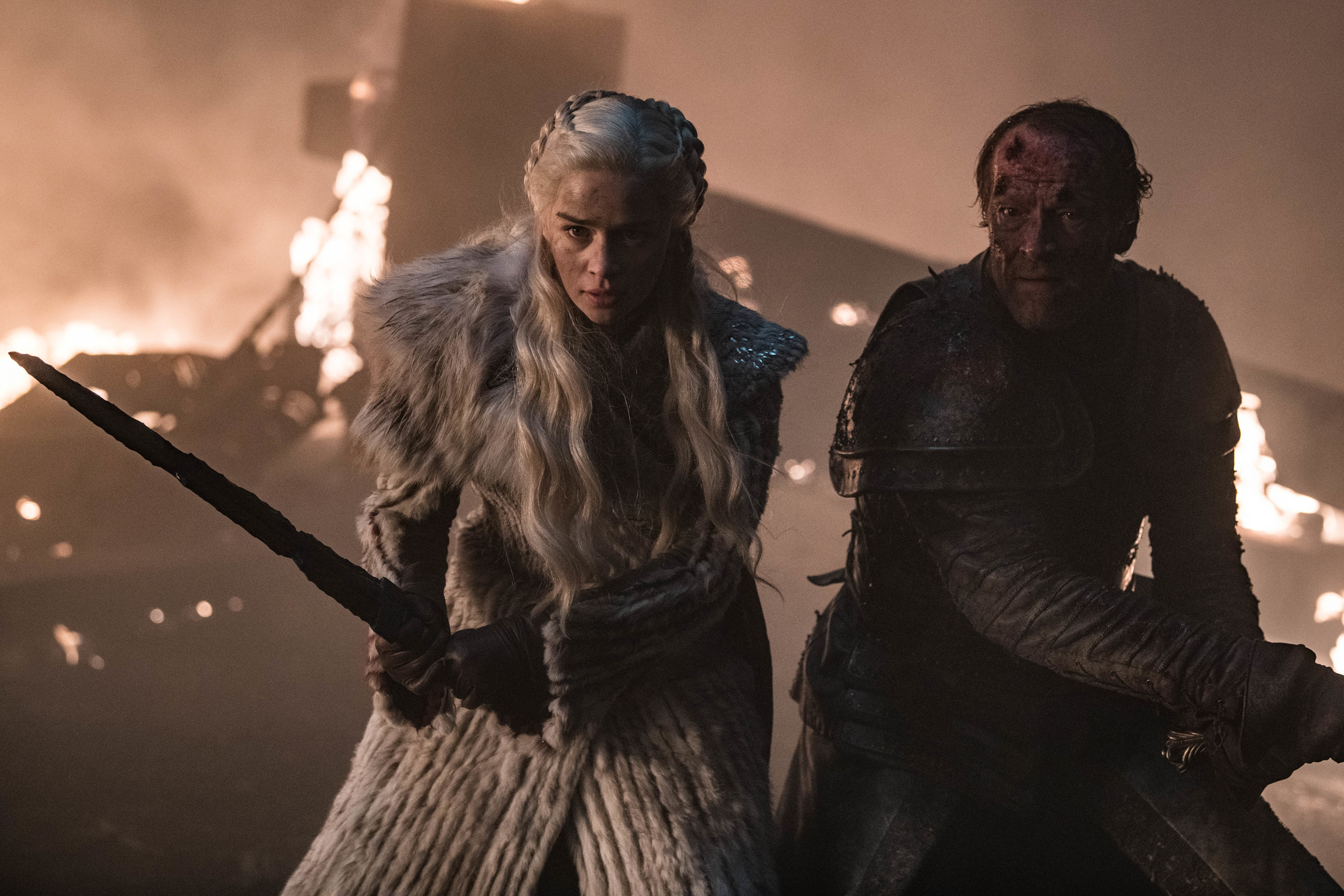 It’s not like criticism isn’t out there. As has been written many times over, Episode 1 is too slow. Episode 2 provides much needed character building, but it’s overt, unapologetic fan service. And Episode 3 is too timid. The beginning of the end has managed to feel predictable, despite a newly expendable cast waiting to be stabbed in the back, and has made little effort to provide the shocking twists that helped build the fantasy adaptation into a billion-dollar entertainment property. It’s as if the show is a self-aware Westeros character: still alive, and just happy to stay that way until it’s all over.

Now, the primary concern is that the first three episodes could serve as the template for the final three — meaning three disappointing hours could merely repeat with slightly altered results. One has to assume Episode 4 will spend some time honoring the dead, recovering from the battle, and otherwise setting the table for a showdown with Cersei (Lena Headey)… which sounds pretty similar to the season premiere. Episode 5 is a wild card, but only if we assume Episode 6 will be the foretold final battle. No matter how much the structure and quality diverges from its predecessor, it’s hard to imagine a circumstance in which the ending gives new meaning to the events we’ve already seen.

But “Game of Thrones” can’t fail. Anyone who’s invested eight years into the series, into its characters, plotting, and themes, is predisposed to find meaning in Weiss and Benioff’s choices. There’s even an argument that objective observers (if such people actually exist) are bound to find significance in “Game of Thrones” because of its impact on the culture. What does the show and its choices say about its massive fandom? What deeper meaning is at play in the most popular series on television? 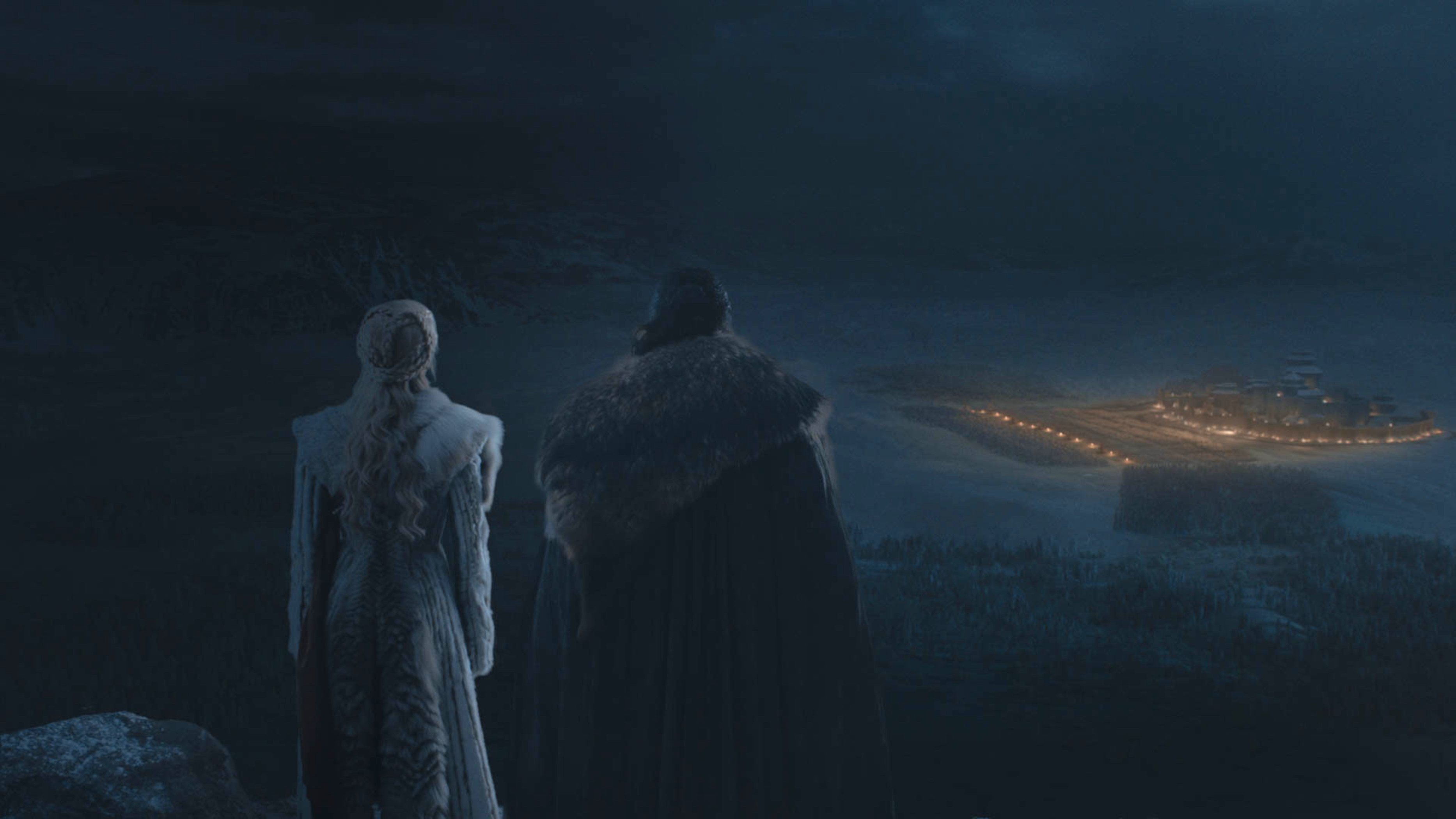 This critic, for one, is prone to getting swept up in the series’ cynical approach to power struggles. Much like “Veep” eviscerates all politicians, no matter their party, George R.R. Martin’s world leaves no hero untarnished. Jon Snow (Kit Harington), the “one true heir to the throne” and one conventionally heroic figure in the series, was a prima donna in the books, and that mentality has morphed into the naive simpleton we see now. He’s the most like J.R.R. Tolkien’s Aragorn, but he’s far from the flawless king — nor is such a king expected to succeed in a cutthroat world like Martin’s. It’s why viewers were able to take the Night King as a serious threat: Anyone, even the most cartoonishly evil, could win this game of thrones.

Still, that’s also why the showdown of good vs. evil was so insignificant. If the big bad is going to fall, then some of the good guys have to go as well. These are the unwritten rules of Westeros; to break them, you better have a better plan than bait-and-switch. Moreover, if the point was to use a clean cut battle between good and evil to contrast the impending, petty power struggle between malevolent parties, well, that’s simply not a good enough reason. We’ve known how petty these characters were since Jaime (Nikolaj Coster-Waldau) pushed Bran (Isaac Hempstead-Wright) out a window. And there’s no reason the backstabbing couldn’t start the second the Night King was killed, if not before. Now that would’ve fit the series’ sour themes.

But “Game of Thrones” can’t fail. It has a plan in place, and it’s sticking to it. The end is coming. Buzz is building. All will gather to watch the final hour, and the Iron Throne will have a ruler. Despite a bumpy start, what people will remember is the ultimate ending, not the lead up to it. And that predestined image — a queen or king crowned victorious — will be a lot harder to screw up. To do that, they might have to take some big swings. Make a few bold choices. Take a chance. Based on what we’ve seen so far, that’s not going to happen. Because “Game of Thrones” can’t fail.

This Article is related to: Television and tagged D.B. Weiss, David Benioff, Game of Thrones, HBO