IndieWire's TV team discusses how so many of the female characters were failed by the latest installment of the blockbuster HBO drama. 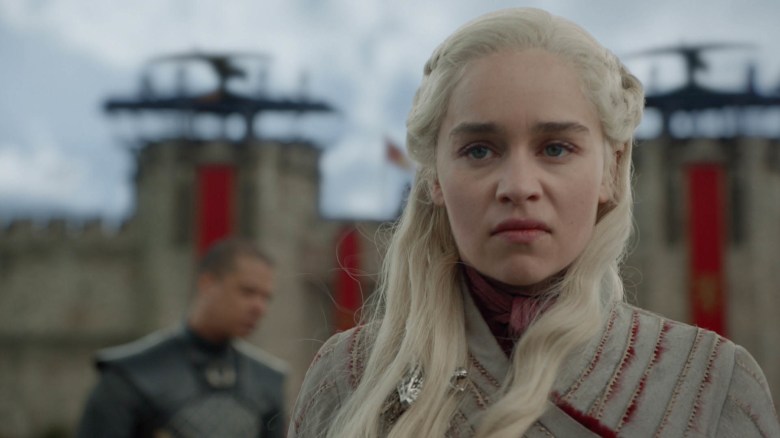 [Editor’s note: The following contains spoilers for “Game of Thrones” Season 8, Episode 4, “The Last of the Starks.”]

Liz Shannon Miller: For a show that sports a number of interesting female characters, boy do the men behind this season of “Game of Thrones” struggle to write them. In Episode 4 of the final season, “The Last of the Starks,” this flaw stood out more painfully than ever, as several of the most interesting women in Westeros saw their character stories moving forward… many in ways that proved completely off-putting.

There are no shortage of moments to discuss from this particular episode, but I’ll start with Ser Brienne of Tarth, a freshly knighted soldier who from her very first appearance challenged the state of otherwise archaic gender norms on the show, and beyond being a woman was also one of the show’s very few truly good and noble characters.

Giving her a burst of romance with Jaime in this episode, then following it with Jaime breaking her heart and leaving her in tears, felt like watching a stranger — or, you know, a poorly written version of a character we’d previously known pretty well. While she has a history of crushing on dudes, that’s no reason to believe that her reaction to Jaime’s decision to leave her would be a teary breakdown. (When Renly Baratheon got killed by that baby smoke assassin, after all, her reaction was ass-kicking rage.) And it’s just one moment that serves as a microcosm of the show’s problems when it comes to understanding 50 percent of the human race.

For the rest of you, were there moments that stood out in the episode that speak to this? Or were you more struck by the overall way in which “The Last of the Starks” approached its characters? 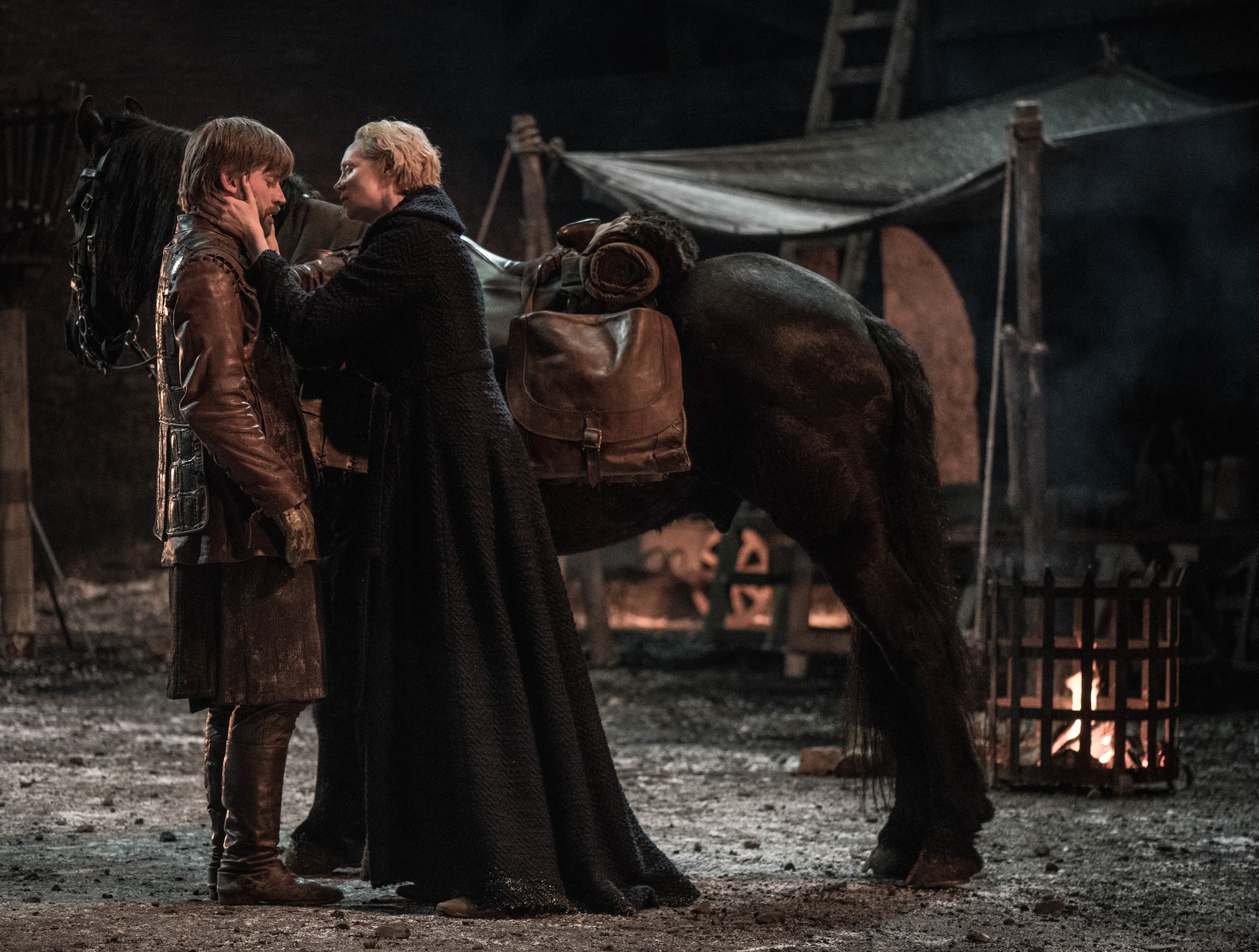 Ann Donahue: For me, it was the dispatch of Missandei that sent me over the edge. (Pun not intended.) To have the sole woman of color in the series captured under absurd circumstances that are never explained, and then shackled and paraded around a predominantly white crowd for inevitable execution is a degree of tone-deaf that cannot be fathomed. (Especially after the furor when HBO announced “Confederate” two years ago, an alternative reality drama from “GoT” showrunners David Benioff and D.B. Weiss where slavery still exists.) Crack open the writers’ room, guys, and let some of that male, pale, and stale air out. Also: I want Nymeria to eat Jon.

Libby Hill: For as hopeless and helpless as her character appeared to be, for the past few seasons Sophie Turner’s Sansa Stark has risen above the material she’s been given and transformed into a stone cold, no-nonsense, bad-ass ice queen. She has endured so much over the years. Her father, mother, and brother were all murdered, and the rest of her family was torn apart. She was used as a blatant political pawn. She was threatened and beaten and violently raped. And yet, she persisted. Sansa’s narrative was one of rising from the ashes of her life and recognizing her own strength and yet with a single line in “The Last of the Starks,” Benioff and Weiss managed to muck all that up.

During her reunion with The Hound, Sansa and her former protector sit around reminiscing about the bad old days. The Hound tells Sansa, she’s changed, man, and that if she’d just left King’s Landing with him back in Season 2, she could have avoided a lot of pain.

Way to rob Sansa’s journey of any meaning, you dumb jerks. 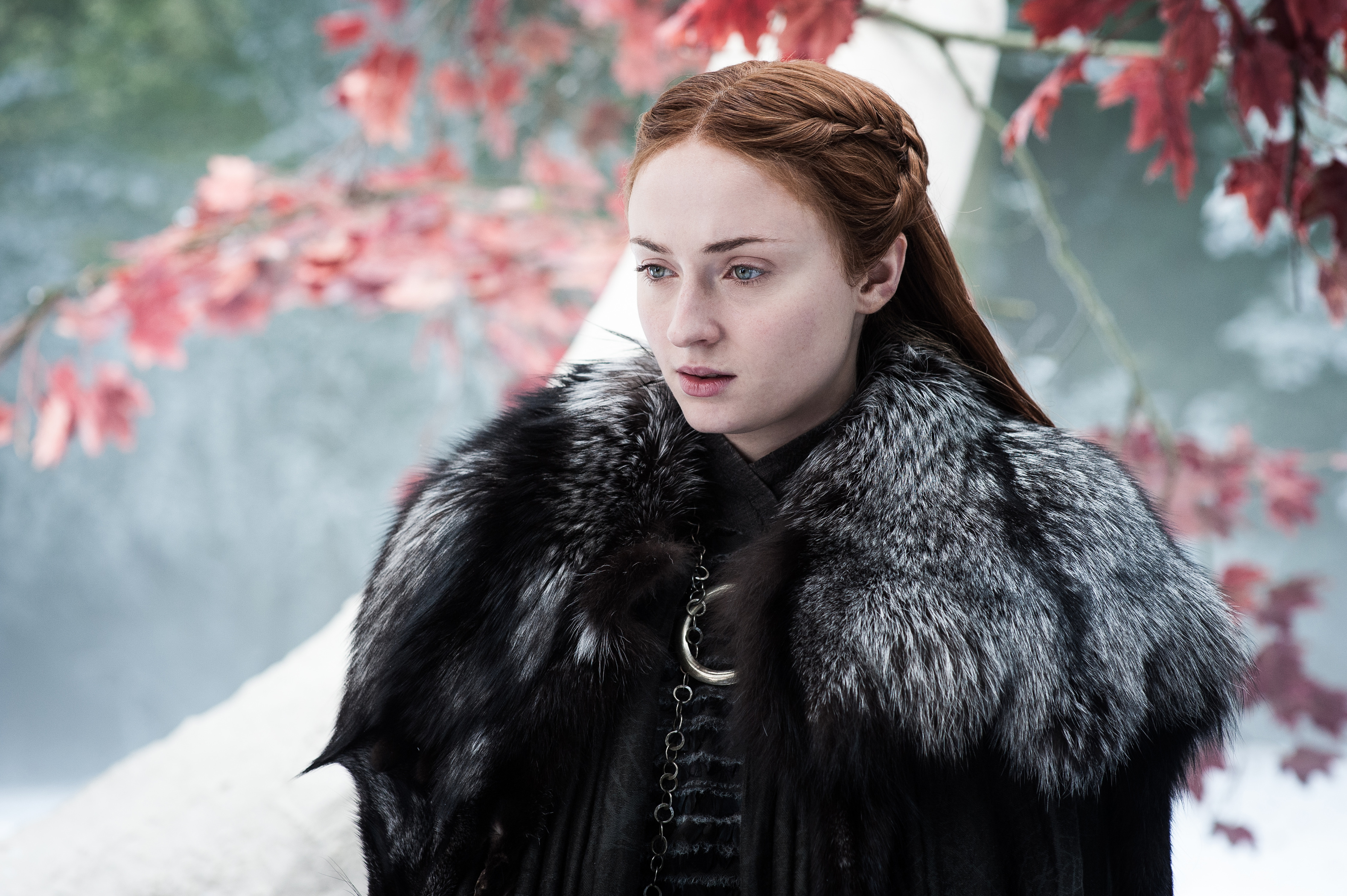 Ben Travers: And you see, I guess my righteous anger was tempered by low expectations. Sansa’s comment barely registered during my first watch, as all the trials and tribulations you catalogued so well, Libby, never felt like they were adding up to a redemptive, empowering turning point; they felt like male writers who struggle to write well-developed female characters making Sansa into their whipping boy because, yeah, they like torture porn. I never expected them to add meaning to her journey — or, more accurately, to recognize the meaning they’ve stumbled into — so when they took what little hope was left, it was just another blemish in a long line of problematic choices. Missandei was an even more obvious and ugly decision, but what did everyone expect a week after they wiped out the predominant non-white armies? The Dothraki and Unsullied were treated like props, and lo and behold, so was the sole woman of color.

None of this is to excuse any of these choices. They’re all gross and lazy, and people should pile on the world’s most popular program when it propagates this garbage. It was just strange to wake up and be one of the least outraged people post-“Game of Thrones.” So I guess I’ll cite the one easy win they somehow still botched: Why, on Earth, are you turning Dany into a mad woman? Why is she suddenly so bad at protecting her dragons? Why is she “too strong for Jon” in the proposed shared throne plan? Long ago, I stopped trying to answer the question of why incest is so easily written off in Westerns, but I have so many questions about what they’re doing to corrupt Dany’s intended rule and elevate Jon’s claim to the throne. I want to believe the writers are merely trying to sucker us into believing Jon will win the game in order to surprise us with the actual winner, but the way they’re eliminating Dany’s credibility feels unnecessary and, yeah, a little misogynistic. So goes “Game of Thrones”: Nothing about these first four episodes has given me much hope for the ending, and upon this reflection, they seem to have beaten me down to the point of giving up.