HBO is developing prequels to "Game of Thrones," but no direct sequel will happen on the network. 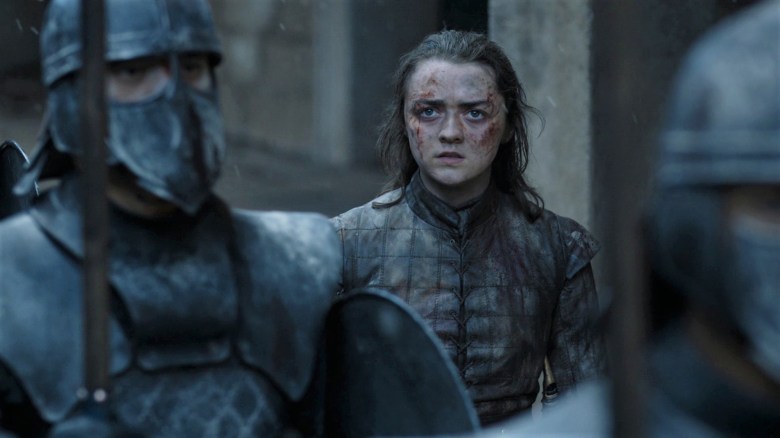 HBO is gearing up to film the pilot this June for a potential “Game of Thrones” prequel series, starring Naomi Watts and overseen by Jane Goldman and George R.R. Martin, but one thing the network won’t be doing is continuing the story that wrapped up in the “Thrones” series finale. HBO programming president Casey Bloys confirms to Deadline there will be no direct sequel to “Thrones” airing on HBO, and that includes a potential Arya Stark sequel that fans have been buzzing about on social media.

“I understand where that comes from, I totally get it,” Bloys said about an Arya sequel. “But in terms of wanting to be careful not overdoing it or not killing the goose that lays the golden egg, Dan and David’s show as it stands in eight seasons, I want to leave it as it’s own work of art and not have shows directly, having Arya do that. I think it’s best to try the prequels in other areas of George’s massive universe — just feels like the right thing to do, let the show stand on its own.”

Arya (Maisie Williams) finished the series by heading on an adventure west of Westeros. The series finale ended with Arya smiling on a boat as she ventured out into the unknown. The open-ended nature of Arya’s story led many “Thrones” fans to wonder if the character’s journey would continue in a sequel series that would follow Arya’s adventures beyond Westeros. As Bloys confirmed, that idea is not in the cards.

As for the extreme backlash to “Thrones” Season 8, Bloys said he was not too surprised and even expected the final episodes to divide audiences. “To tell you the truth, for a show this big and this sprawling and for a show that has this passionate a fan base, I don’t think there is any way that all fans would’ve been happy,” the executive said. “I think based on online reaction, which you do have to take with a grain of salt, it does seem split and I think that’s about right — some people are going to love it, some people are going to hate it. But the point is, everybody is feeling really passionate about it.”

Bloys added that HBO executives did not intervene with the story during its development and that the series ended how showrunners David Benioff and D.B. Weiss always envisioned it. “There weren’t big debates about, should it end this way or not end this way,” Bloys said. “This is what they had planned.”

The executive concluded that he thought Benioff and Weiss did “a spectacular job” ending the series. Fan backlash has been so extreme that an online petition to remake Season 8 went viral with over one million signatures. Sansa Stark actress Sophie Turner called the petition “disrespectful,” and Bloys doesn’t seem to be sweating the outrage.

“[Weiss and Benioff] landed a big plane, which was not easy,” he said. “You are never going to keep everybody happy, but I don’t think that’s what they were trying to do.”

Head over to Deadline to read more from Bloys’ “Thrones” finale interview.

This Article is related to: Television and tagged Casey Bloys, Game of Thrones, HBO