For what it's worth, the cup was from craft services and not Starbucks. 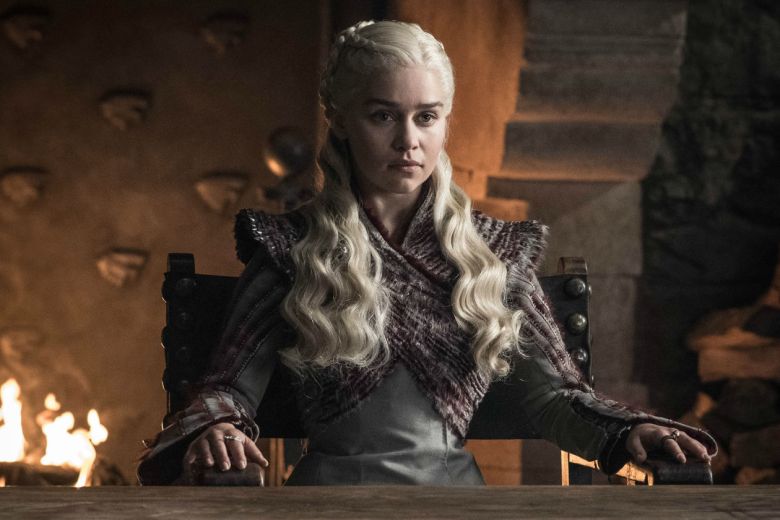 The “Game of Thrones” coffee cup seen around the world is officially no more, as HBO has digitally removed the cup that found its way into a scene in the final season’s fourth episode, “The Last of the Starks.” The paper to-go cup was seen on a table in front of Daenerys Targaryen as she sat down and nervously watched Tormund shower Jon Snow in praise during a celebration after the Battle of Winterfell. The cup went viral across the internet, prompting a humorous response from HBO itself.

“The latte that appeared in the episode was a mistake,” a spokeswoman for HBO said in a statement. “Daenerys had ordered an herbal tea.”

While many initially believed the cup was from Starbucks (the company itself even got in on the fun on social media), a source close to the show confirmed to the Wall Street Journal the coffee cup was actually from craft services. “Thrones” executive producer Bernie Caulfield appeared on the radio program “All of It” in the midst of the coffee cup hysteria and said, “If that’s the worst thing they’re finding, then we’re in good shape.”

“I can’t believe [it]!” Caulfield said. “Our on-set prop people and decorators are so on it one thousand percent. I just honestly can’t, I’m like, is that really? Because nowadays you can’t believe what you see because people can put things into a photo that really doesn’t exist. But I guess maybe it was there, I’m not sure. But, yeah. We’re sorry! Westeros was the first place to actually have Starbucks, it’s a little known fact.”

The cup gained attention not only from fans but also from television hosts like Trevor Noah, who spent some time during the May 6 episode of “The Daily Show” to express disbelief over the cup’s appearance on the show (via Daily Beast). “Last week, people complained that the episode was so dark they couldn’t see anything,” Noah joked. “This week, people are complaining that they saw too much.”

Noah continued, “Oh, shit! Forget the White Walkers, the white gentrifiers are coming! Next thing you know, a one-bedroom in Winterfell is like three grand. That’s why there are only three black people on the whole show — we all got priced out!”

Anyone who watches the show back on HBO streaming services such as HBO Go and HBO Now will notice the cup is no longer in the scene. HBO did not formally announce it was removing the cup. IndieWire has reached out to the network for further comment.

This Article is related to: Television and tagged Game of Thrones, HBO, Trevor Noah