Professionals from “Catch-22,” “Escape at Dannemora,” “The Other Two,” “Now Apocalypse,” and “Yellowstone” shared their craft secrets.

Each of these professionals worked on their projects from beginning to end to control the look, sound, and feel of the shows, which range from historical recreations to heightened reality. Below are highlights from the panel, in which each professional shared one of the ways they surmounted the challenges posed to them.

Based on the Joseph Heller novel, the Hulu miniseries from George Clooney and Grant Heslov had to recreate all of the World War II uniforms for the military men and pilots who populate the world. Not only did the costume designer need to outfit a massive ensemble cast, but also provide uniforms for each timeline that is represented in the narrative. Seeking authenticity, Jenny Eagan wanted to get her hands on actual uniforms, but tracking those down became problematic.

“The majority of them were original uniforms. I was told you could get them in Europe… but that’s not true,” she said. Instead, for the amount of uniforms needed, she ended up back in the U.S. to unearth “boxes in a warehouse.”

Of course, this “deadstock,” or fresh-seeming vintage uniforms, needed to look as if they’d been worn by pilots, which required an aging process. There’s no way to fake that because the cameras would pick up every detail. “We painted every pair of paints, we were throwing dirt on it,” said Eagan. “Every piece was touched individually.” 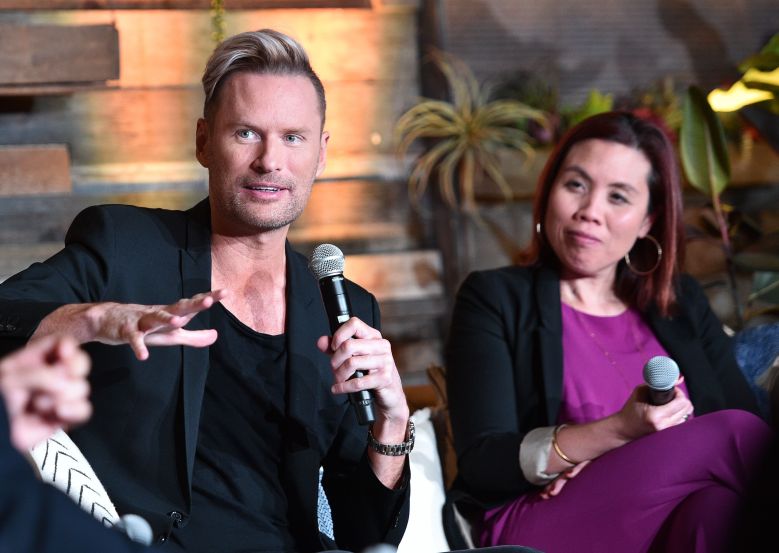 Composer Brian Tyler might not have been the most obvious choice for the job judging from some of his biggest gigs: Marvel movies. But scoring for “Crazy Rich Asians” helped to break through that genre specificity and allowed him to explore a jazz score with more romantic strings, “something I’ve been yearning to do.”

For “Yellowstone,” Tyler didn’t want to dip into the usual Western sounds, but instead took a historical approach to summarize the immigrant influence on America. That included soloists from Ireland, more humble instruments — fiddles as opposed to a Stradivarius — sounds from China, and percussion from Africa. “The more back in time we went, the more historical and mythological this show became musically,” he said.

The Bold Vision of “Now Apocalypse”

The Starz series from Gregg Araki defies the usual descriptions. A group of young people have lots of sex and try to seek fame in Los Angeles, but Ulysses Zane (Avan Jogia) soon finds himself beset by strange and sinister dreams, and he wonders if they are premonitions of the end of the world.

Creating this intersection of the realistic with the possibly fantastical or alien wasn’t just a specific vision that cinematographer Sandra Valde-Hansen had to capture; she had to do it in an incredibly short amount of time. “We shot 10 episodes in 40 days,” she said. “It was very stylistic — these worlds coming together: The ‘Sex and the City’ of today up against this very mysterious, dark, and Lynchian world.”

Valde-Hansen hails from a documentary background and credits Araki for giving her a chance to see past genre and to her skill. “Because of that, it opened up doors to me and his extremely lush and vibrant style. Now we have the best of both worlds, the naturalistic and stylistic,” she said. “We want to be able to tell a visual story with the color.”

Valse-Hansen added that advances in LED technology made the tight timeframe possible. “It gave us the ability to move quickly since many of them are battery operated,” she said. In particular, hand-held tubes were a godsend. “It looked like people were carrying around lightsabers,” she said. They were able to fit these on the sids of dollies and in smaller areas to provide light in all situations.

”The Other Two” Comedy Sound 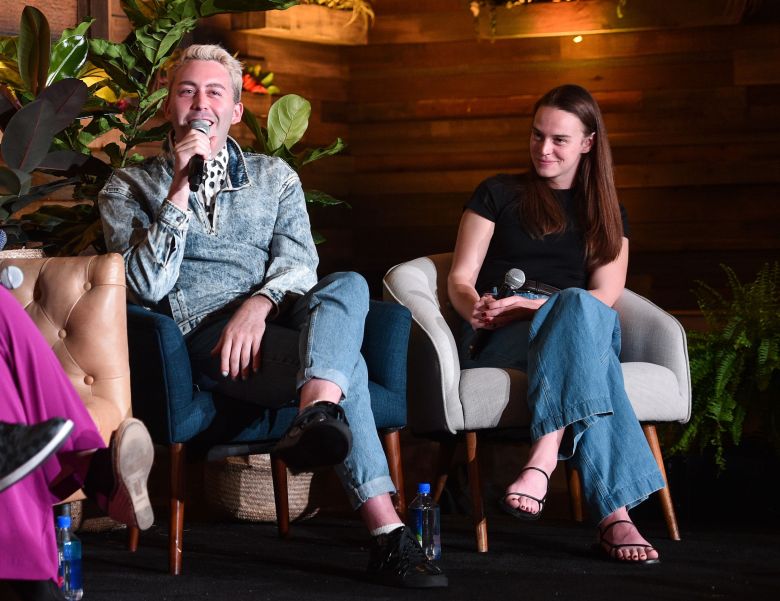 Former “Saturday Night Live” writers Chris Kelly and Sarah Schneider are behind Comedy Central’s showbiz satire “The Other Two.” Cary Dubek (Drew Tarver) is a 28-year-old actor who can’t seem to land any decent auditions, while his older sister Brooke (Helene Yorke) is a has-been dancer trying to find her passion. When their teenage brother, who has dubbed himself Chase Dreams (Case Walker), becomes a pop star overnight with his song “Marry U at Recess,” the whole family gets caught up in his star-making tour.

Composer Brett “Leland” McLaughlin is uniquely qualified to create music for the show because he’s helped write songs for and navigate the careers of Selena Gomez and Ariana Grande, in addition to writing for “RuPaul’s Drag Race.” This intersection of teen pop and comedy helped in “keeping in the forefront of my mind to not make these songs ridiculous,” he said. “The comedy would come from the lyrics… But from the beginning, I wanted to try out to make this character sincere sonically. Not so much a joke, but make it ridiculous.”

In particular, he the pop dance hit “Stink” posed a challenge later when Chase Dreams takes it to the VMAs, an event where an artist usually reinvents their song, either by making it a ballad, adding orchestras or other elements. “It was really fun to stretch different muscles,” said McLaughlin. This is also a scene in which the audience hears Chase sing acoustically without bells and whistles for the first time, and the joke is that he’s really, really not good. “It’s the first time I’ve told a recording artist, ‘I need you to sound worse, but not like you’re trying to sound worse.’”

Re-Creating the “Escape at Dannemora”

Showtime’s seven-episode limited series created and written by Brett Johnson and Michael Tolkin and directed by Ben Stiller is based on the 2015 Clinton Correctional Facility escape. The series stars Benicio del Toro, Patricia Arquette, Paul Dano, Bonnie Hunt, Eric Lange, and David Morse, and details the manhunt that ensues from the escape of two convicted murderers, aided by a married female prison employee.

Access to the real-life Dannemora was one of the biggest problems in trying to recreate the setting. Cinematographer Jessica Lee Gagne said that she hadn’t even laid eyes on the prison until about eight weeks out from shooting. And even then it took weeks to even go inside. Instead, “We were going off research and news footage,” Gagne said. And of course when they finally did get inside, “Personally I thought the lighting of the cell block cam did inspire the look of [the show.] We were trying to make it look as real as possible.”

One of the most recognizable parts of Dannemora is the North Yard, which looks like it’s straight out of Siberia. Gagne had limited time for that but made the most of it. “At three weeks out, we got the news that we’re allowed to shoot one day in the winter and one day in the summer outside in the prison yard,” she said. 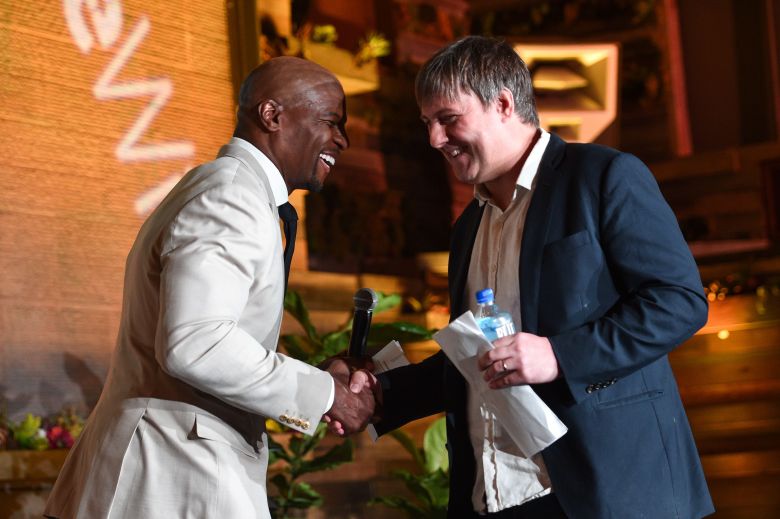 For more of IndieWire’s FYC brunch, check out Consider This.

This Article is related to: Awards and tagged Consider This, Emmys, FYC Brunch, Video