The sequel to the $700 million horror hit brings back Pennywise and adds some new star power. 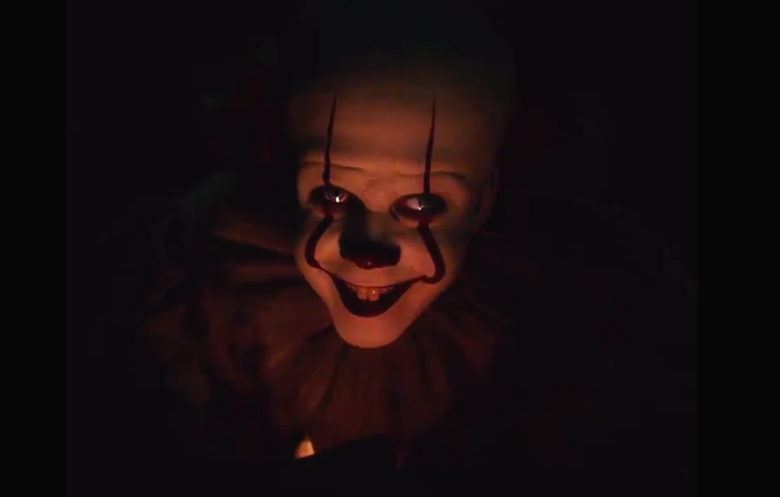 Welcome back, Pennywise. Warner Bros. has debuted the first official trailer for its upcoming horror tentpole “It: Chapter 2” and it’s as terrifying as fans are expecting. The film is the follow-up to 2017’s “It,” which defied box office expectations and grossed $327 million in the U.S. and $700 million worldwide. Those numbers make “It” the highest grossing horror film ever released (unadjusted for inflation) and put major expectations on the sequel to deliver the critical and financial goods.

Fortunately, “It: Chapter 2” is bringing in some major star power in the form of Jessica Chastain, Bill Hader, and James McAvoy. The three actors are playing the adult members of the Losers’ Club alongside Jay Ryan, Isaiah Mustafa, James Ransone, and Andy Bean. “It: Chapter 2” picks up 27 years after the events of the first movie. The story centers the grown members of the Losers’ Club returning to their hometown of Derry, Maine after It/Pennywise (Bill Skarsgård, returning to his breakout role) comes back stronger and crueler than ever. Aside from the Losers Club members, “It: Chapter 2” also stars Xavier Dolan, Jake Weary, and Jess Weixler.

Stephen King’s “It” novel simultaneously told the story of the Losers’ Club as children and adults, but the film adaptation split the two timelines into two separate movies. While adult actors will be predominately featured in “It: Chapter 2,” the child stars from the first movie will make appearances in the film in flashbacks. The actors include Jaeden Lieberher, Sophia Lillis, Finn Wolfhard, Jeremy Ray Taylor, Chosen Jacobs, Jack Dylan Grazer, and Wyatt Oleff.

While buzz for “It: Chapter 2” has been high since the success of the first film in September 2017, Warner Bros. sent anticipation through the roof last month at CinemaCon. The studio debuted a chilling extended clip from the film featuring Jessica Chastain’s Bev encountering an eerie old woman living in her childhood home.  The footage announced “It: Chapter 2” would be taking on a grislier and more adult tone to match its mature characters. Expect the movie to land an R rating just as the first did.

Warner Bros. will release “It: Chapter 2” in theaters nationwide September 6. Watch the first trailer in the video below.