The two laughed about it on O'Brien's podcast, especially considering word of the potential offer never made it to Conan himself. 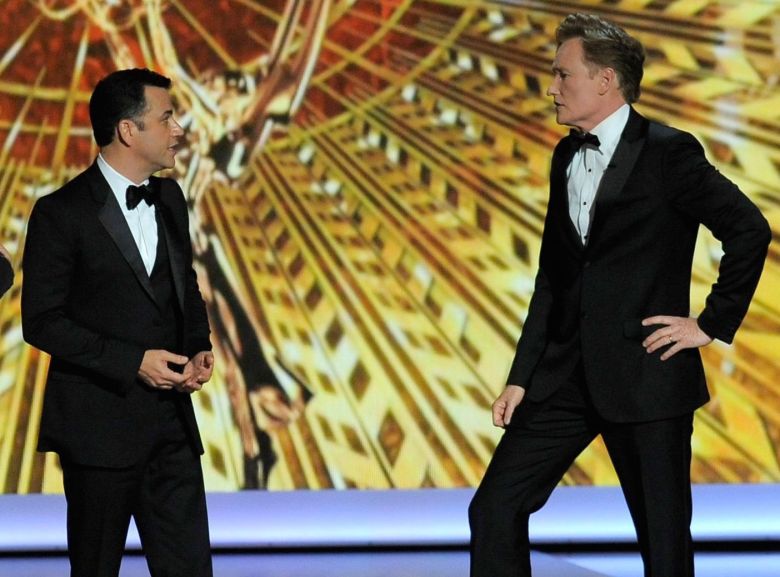 Even as new hosts continue to enter and exit the field, late night TV will likely never again be as volatile as it was during the 2000s. The fate of “The Tonight Show” caused a massive ripple effect that impacted more than just the two hosts seeking control of prime NBC real estate.

But even though Conan O’Brien eventually landed at TBS, his late night colleague Jimmy Kimmel said that ABC was, at one point, at least a glimmer of a possibility. On the podcast Conan O’Brien Needs a Friend, the two late night hosts talked about a brief moment when Conan was being courted by rivals during his “Late Night” hosting duties.

“There was a time when ABC came to me and they said, ‘Hey, we just want you to know up front: We are talking to Conan about replacing you,'” Kimmel said.

The conversation apparently came before a deal was struck in 2004 that paved the way for O’Brien to take over the reins of “The Tonight Show.” O’Brien claims that he was not privy to the ABC discussions, but said others tried to lure him away when he was host of “Late Night.”

“I had one really strong push to go to Fox that was a real thing, but that was it,” O’Brien said. “It makes me laugh now, but I wanted to stay with NBC because I wanted to have my whole career with NBC.”

The full episode has plenty of talk between the two hosts about the rigors of being at the front of a daily late night show; as a sign of their mutual respect, the two ended up swapping trade secrets, namely what they say when talking to a guest promoting something they don’t want to falsely praise. “I have a code: ‘People are loving this.'” O’Brien said. “It’s my way of saying, ‘I didn’t watch it’ or ‘I watched it and I didn’t like it’…I never use the word ‘I’ because I don’t want to lie.”

“I’ll ask the producers on the show if they’ve seen it and what they thought. If they say it’s terrible, I just won’t watch it. That’s my excuse for not complimenting it,” Kimmel said.

The entire interview (including one of the most groan-worthy jokes Conan — or anyone else — has ever told) can be found below:

This Article is related to: Television and tagged ABC, Conan O'Brien, Jimmy Kimmel