Stahelski warns that it’s a mistake to assume he and star Keanu Reeves intend for the end of “John Wick 3” to set up another sequel. 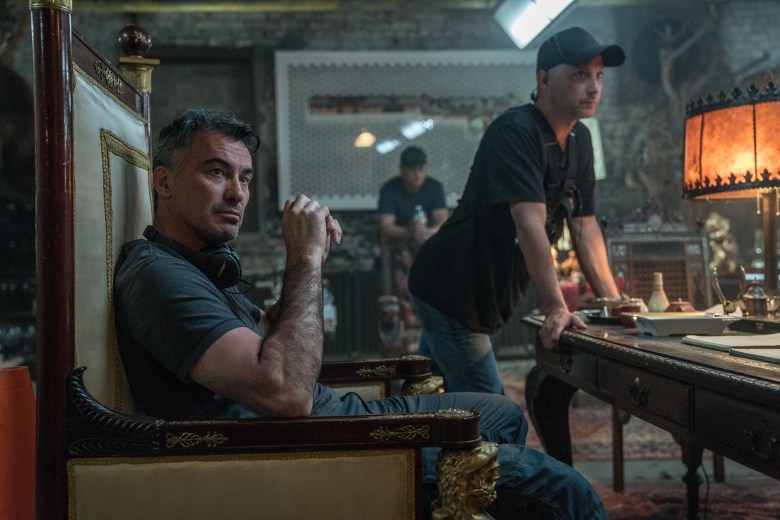 For fans of the Keanu Reeves-starring action franchise “John Wick,” the third entry in the series comes with more than a few surprises. The biggest one, however: it doesn’t bring a conclusion to the franchise, which will apparently not conclude in a trilogy, as some fans anticipated. In some respects, the film builds an even more solid foundation for future films by delving, in small doses, into the story-world’s own mythology. Thoughts of a “John Wick: Chapter 4” will be instantly stirred by a small scene, following the third installment’s dramatic conclusion, that would seem to tease the premise for another sequel.

And yet director Chad Stahelski warns fans to not over-interpret that moment. “People ask me this all the time, am I ending the movie for a cliffhanger? Is there a number four it’s headed for?,” Stahelski said in an interview with IndieWire. “Keanu [Reeves] and I have never, from one to two, two to three, ever expected to do a sequel or a follow-up.”

Stahelski knows franchises are the prime asset in Hollywood right now, and he joked that the franchise’s home studio, Lionsgate, is happy with the ending. Still, he warns that any John Wick movie, even the last one ever, will end in one of two ways: With the hero either dying, or on the run. No ending is intended to be a cliffhanger, but more of a reminder that Reeves’ assassin character — regardless of how any film’s central conflict is resolved — will be on the run until he dies.

“John may survive all this shit, but at the end of it, there’s no happy ending. He’s got nowhere to go,” said Stahelski. “Honestly, I challenge you right now, here’s a question to you: How do you fucking want me to end it? Do you think he’s going to ride off into the fucking sunset? He’s killed 300 fucking people and he’s just going to [walk away], everything’s okay? He’s just going to fall in love with a love interest? If you’re this fucking guy, if this guy really exist[ed], how is this guy’s day going to end? He’s fucked for the rest of his life. It’s just a matter of time.”

Beyond the no rides off into the sunset rule, Stahelski insists he and Reeves haven’t really considered the character’s end point, beyond the fact he’ll probably have to die. “Keanu and I both like the ending [to ‘John Wick: Chapter 3’],” Stahelski said. “He’s like, ‘Yes, you can kill him off, but maybe that’s not an option right now, because we like the universe.'” 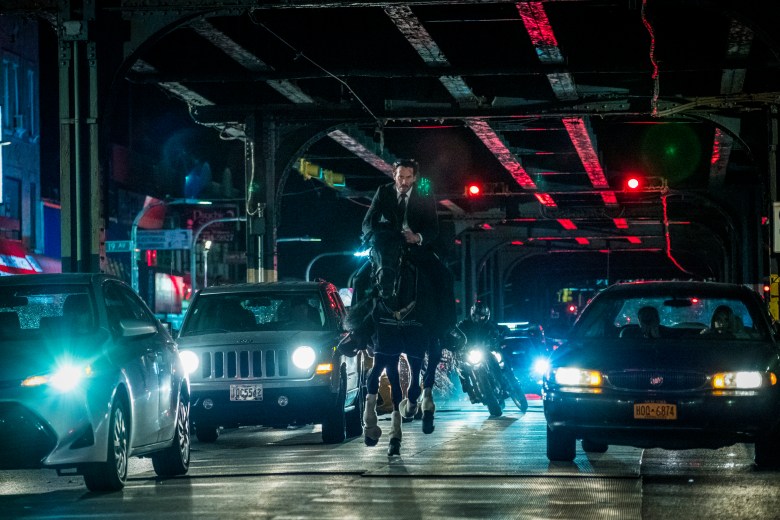 It’s a universe Stahelski and his writing team, including its creator Derek Kolstad, decided to explore in fuller detail in “John Wick: Chapter 3.” In addition to a plot that slightly pulls back the curtain on the “High Table” organization that rules over the franchise’s crime world with its own code, the new film also gives a sense of the character’s origin story and his unique upbringing.

Stahelski once again insists this is not part of some larger plan for the the franchise, saying, “as you guys are learning about John Wick, so am I.” For the trilogy’s long-time director — Stahelski shared co-directing duties with his creative and business partner David Leitch on the first “John Wick” — adding to the John Wick mythology in the newest film was intended to keep viewers involved, while also addressing the difficulties of sequel-storytelling.

“Amongst other director friends I have, they call it ‘the curse of the sequel,'” said Stahelski. “People love you because you’re original the first time. Like, the first time, the puppy: It’s original, it’s great. Okay, but you’ve seen that. You want to see it again, but if that’s all I did and I killed another puppy, you’d be like, ‘Alright, I’ve seen that.'”

For Stahelski, the ideal sequel storytelling roadmap is what James Cameron did with “Aliens,” the sequel to Ridley Scott’s “Alien.” “[Cameron] expanded the world, he gave you a little backstory, but he didn’t spend a lot of time digging into the backstory,” said Stahelski. “He let you figure it out as you go. He’d put one or two things in, and if you got it, you got it.” 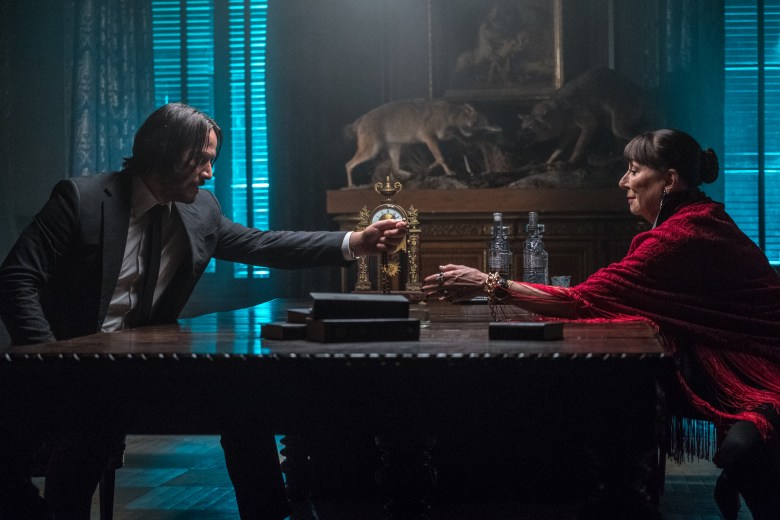 Stahelski strove to do the same with John Wick’s backstory in the new film, showing pieces of the world the character came from, and allowing the audience to infer aspects of his upbringing and how it made him who he is today.

But it’s not world-building in the Marvel Cinematic Universe sense. No matter how long the franchise continues, Stahelski promises the stripped down-to-the-bone practical action scenes and storytelling — which made “John Wick” Hollywood’s antidote to serialized franchise filmmaking — will always be the backbone of the series.

Lionsgate will release “John Wick: Chapter 3 – Parabellum” in theaters on Friday, May 17.