“If she doesn’t win everything for where she took this character, I’m going to eat shepherd’s pie until I’m sick,” said Phoebe Waller-Bridge. 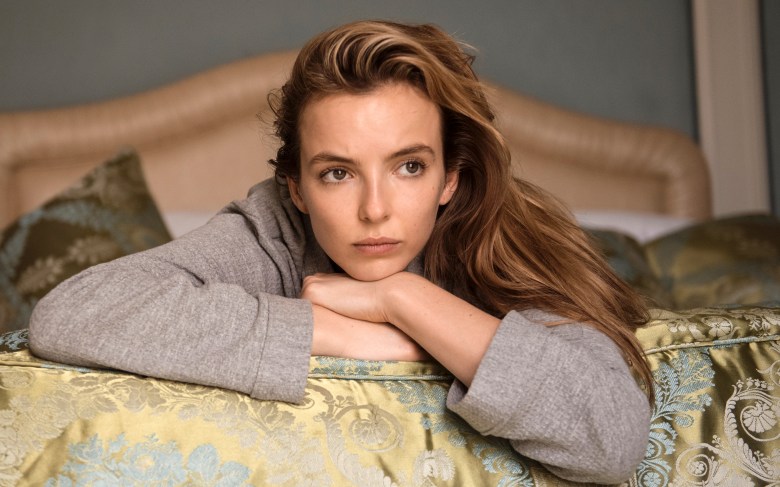 [Editor’s Note: The following contains spoilers for “Killing Eve” Season 2, including the finale.]

Jodie Comer has been working steadily in TV since 2008, but it’s not until she started playing flamboyant assassin Villanelle on the Phoebe Waller-Bridge-created “Killing Eve” that the actress found her true breakout role. Whether she’s wearing a poofy pink dress to therapy or gutting a philanderer while wearing a pig mask, Villanelle balances the cheeky with the creepy, the voguish with the roguish. In short, she’s utterly captivating.

She joins the ranks of other charming yet remorseless psychopaths who get away with the lying, manipulation, and even murder in the pursuit of romantic or sexual partners. On “Killing Eve,” Villanelle believes that she and MI6 agent Eve Polastri (Sandra Oh) are destined to be together, and Comer wanted to understand why a psychopath who is incapable of love would seek it out.

“There are these characteristics — the lack of remorse, the lack of humanity in her,” said Comer. “But I think the biggest thing that she wants is connection. She thinks she knows what love is and what feelings are.”

The first scene of Villanelle in the series shows her copying a person’s smile in an ice cream shop to try elicit a reciprocal reaction. She knows that there’s something missing in her, and that leads to seeking out the love she sees that others have. “I think what she recognizes within Eve is this connection with people, this home life, this relationship with her husband Niko (Owen McDonnell),” said Comer. “In an ideal world, Villanelle would like to live happily in a house with her partner and cook dinner.”

This fundamental misunderstanding of human nature, however, means that Villanelle can only mimic the actions of others in hopes to achieve the same result. Niko makes an excellent shepherd’s pie, and thus Villanelle demands his recipe at knifepoint so she can make it for Eve. Couples in love live together, and so in the Season 2 finale Villanelle makes plans to run away with Eve — never mind that she just tricked Eve into killing a man with an ax. The overtures of romance might be right, but the context is all wrong. 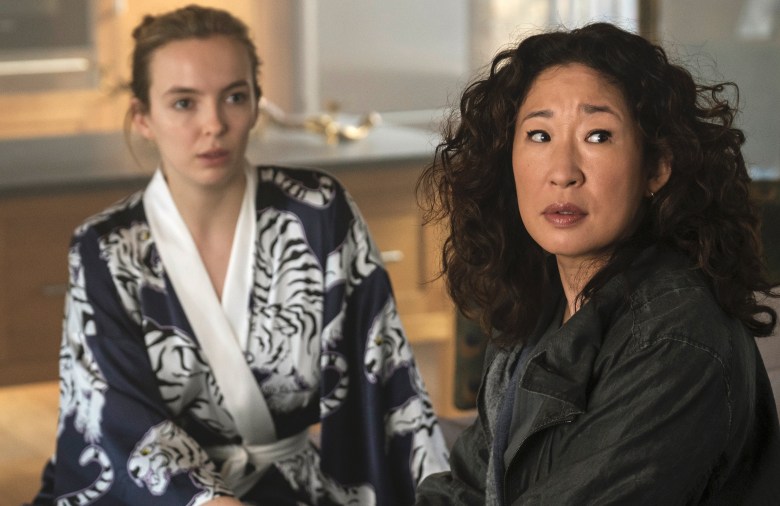 “It did seem like she had such a lovely plan to run away,” said executive producer Sally Woodward Gentle. “But that’s what Jodie can do. She can make us feel sorry for this woman, who’s clearly completely and utterly deluded. She convinced Eve to perform the most heinous of crimes, which she knew would probably reduce Eve to a position where she had to just be with Villanelle.”

Psychopaths – and especially Villanelle – are able to draw people in through the sheer force of their confidence and personality. Like Eve, the viewers fall for Villanelle because Comer is still able to tap into what’s genuine about the character despite the many disguises she wears and lies she might tell.

“Killing Eve” executive producer and director Damon Thomas, who also directed “The Spy Who Conned Me” about narcissistic sociopath Robert Hendy-Freegard, has studied the way that certain personalities can be overwhelming and irresistible. “There are varying disorders and social extremes that’s quite often linked with narcissistic personality disorder, so those two things intertwine,” he said. “Villanelle is an attractive character. Many friends of mine ask, ‘I really like Villanelle. Is that wrong?’ It’s a bit like ‘House of Cards’ and Walter White — they’re kind of thrilling to watch and to be with even though they’re incredibly dangerous and do awful things.”

This season is able to give Villanelle far more varied experiences, including being a fugitive and then dabbling in freelance assassinations, to eventually working with MI6 undercover. But as much as she tries out personas — both as part of her job but also to practice navigating society — she is one of the most honest characters on the show. Like a child, there’s very little pretense about her, and she expresses her likes and dislikes clearly. If she like someone, she goes and pursues them. If she doesn’t, she kills them. 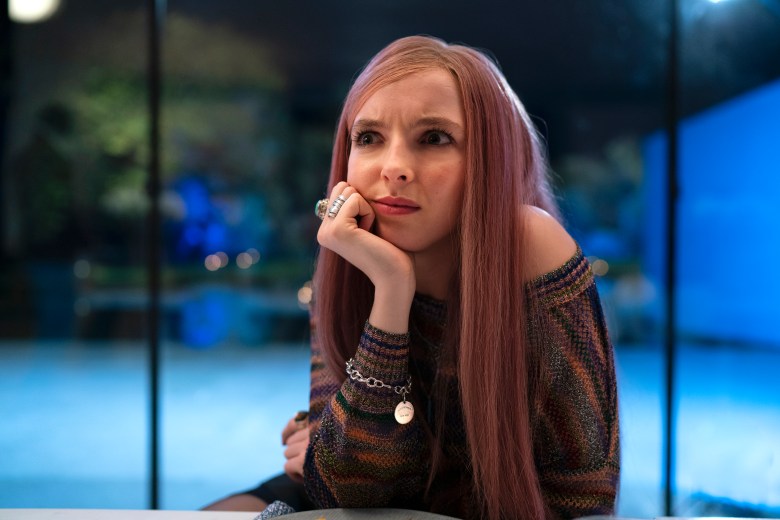 “Sometimes Villanelle is maybe too brutally honest,” said Comer. “Maybe it’s just me getting to 26 and growing up a little bit, but I also feel like she’s enabled me to be more honest with myself and also within my relationships and my life.”

It’s refreshing to have a character who doesn’t care about telling the white lies or shading truth to smooth interactions. Of course, that also means that there’s no integrity of emotion. If Villanelle finds a reason to stop “loving” someone — such as when Eve realizes how she’s been fooled and finally rejects their relationship — that feeling no longer exists because it doesn’t serve her needs anymore.

Season 2 asks Comer to play with Villanelle’s ability to shift from seemingly caring to cold and calculated in one breath as a reaction to how events change around her. Although it’s chilling to watch, Comer makes the transformations believable within the character. “Her relationship to Eve keeps evolving… shifting and changing as they find out more about each other’s lives, each other’s psyches,” said Comer. “There are a lot of parts of Villanelle that we discovered this year in regards to her emotions or when we think she has a little bit of humanity — and then she goes and flips the switch. I feel like the journey that they go on together is huge within this [season].”

With two seasons as Villanelle under her belt, Comer has already landed her next gig — an action-comedy with Ryan Reynolds and Taika Waititi — which she credits to starring in “Killing Eve.” Embodying Villanelle raised her profile and changed the perception of what roles she can play.

“Before that, people were like, ‘Oh, who is this girl?’ They don’t know what I’m about, and ‘Killing Eve’ has created such an enthusiastic response,” said Comer. “I think [Villanelle has] enabled me to show some versatility that another role that I may have played wouldn’t have allowed me to do. I’m by no means getting offers, but it’s shifted in a sense of people are coming forward to start a conversation.” 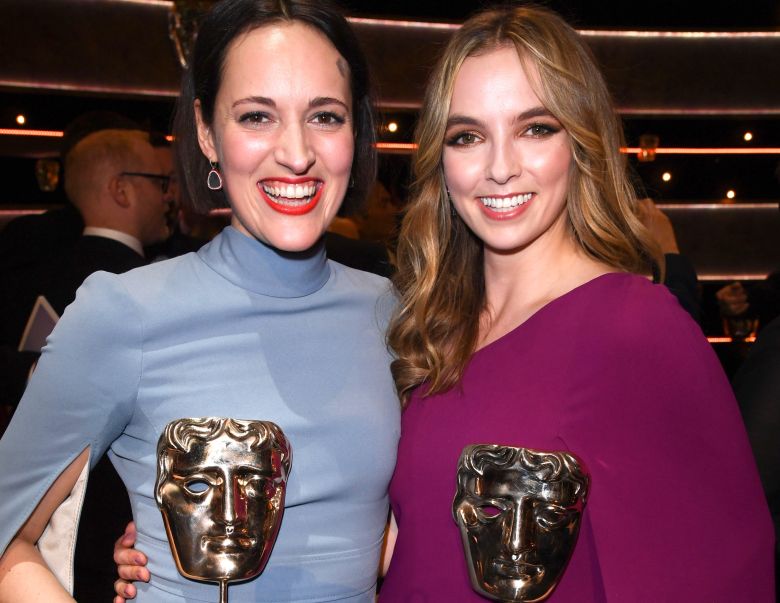 In the meantime, Comer recently earned a BAFTA for her work. Waller-Bridge left the head writer position after Season 1 and returned to her Amazon series “Fleabag,” but still stands by the original casting of Comer on “Killing Eve.” “Jodie’s range knows no bounds. She has a playfulness in her approach to Villanelle, which has inspired so much of the writing. She delivers the light and the dark with a fierce precision and has a mystique all her own, which cannot be directed nor explained, only marveled at,” said Waller-Bridge.

“She is one in a billion and on top of that she is very kind, which means she can play despicable characters and we will still adore her. I haven’t seen talent and skill quite like hers before, especially in someone so young. If she doesn’t win everything for where she took this character, I’m going to eat shepherd’s pie until I’m sick.”