A legal jargon-heavy announcement sent out by a Minneapolis comedy club conspicuously uses the word "consent." 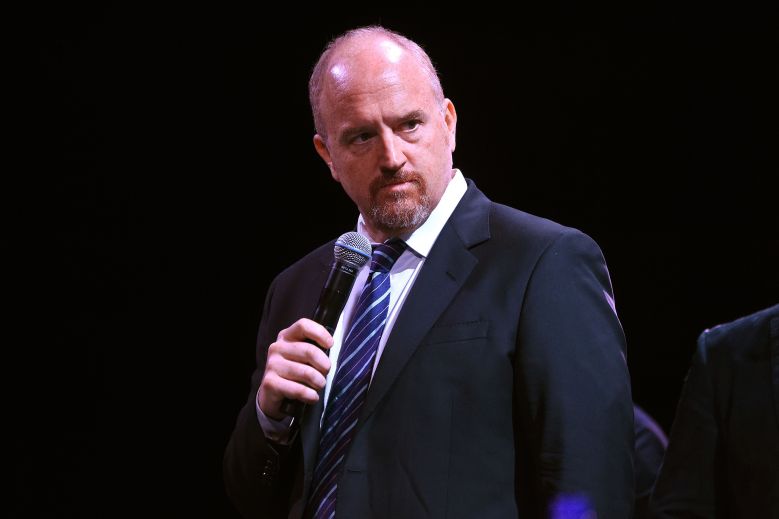 After his career was derailed by stories about his sexual misconduct, Louis CK began resurfacing at comedy clubs last year, where reports of his off-color jokes followed most sets. Now, he appears to be taking unusual measures to test out new stand-up material without anyone reading about it later. The comedian has called on the Acme Comedy Co. to help enforce a cell phone ban during a four-night run at the Minneapolis-area club.

Louis CK is performing in Minneapolis soon, and the comedy club sent out a notice because he doesn't post tour dates anymore. In addition to adding YONDR pouches to his gigs, he also requires them to share this copyright notice that I have never before seen a comedian share/post pic.twitter.com/ya8mqwXPE0

A number of individuals in the comedy community responded to the legalese when it surfaced on Saturday. Citing the choice of the word “consent,” many drew a connection to the allegations detailed in a November 2017 New York Times article, which outlined a number of instances when CK exposed himself in front of female comedians without their permission. This curious language, coupled with the ongoing lack of a meaningful public apology from CK for the actions outlined in the Times and elsewhere, has raised questions about the tactics of CK’s attempted comeback.

YONDR pouches have a tamper-proof seal that ensures that audience member can keep their phones with them but not be able to record or photograph a screening, taping, or live event. What makes this language from CK’s camp more unusual is that this threat of legal action appears to encompass social media posts as well. “The Materials may not be copied, translated, transmitted, displayed, distributed, or reproduced verbatim” would seem to imply that CK might sue anyone who tweets snippets of CK’s jokes.

Recordings of new material from his recent attempts at a comeback tour have surfaced in various locations, most recently in a since-deleted YouTube video that spread through Reddit and the internet at large in the final days of 2018.

None of the information that the club sent out to the public is readily available on CK’s website, which has sat dormant for the two years since the allegations became more widely known. The “Upcoming Dates” section of CK’s site does not detail his upcoming Minnesota-area shows, and instead lists his pulled-from-theaters feature film “I Love You, Daddy” as the site’s last official update.

At the time of this post, six of CK’s eight Minneapolis shows have sold out.