"The Matrix" last graced the big screen in 2003 with trilogy-ender "The Matrix Revolutions." 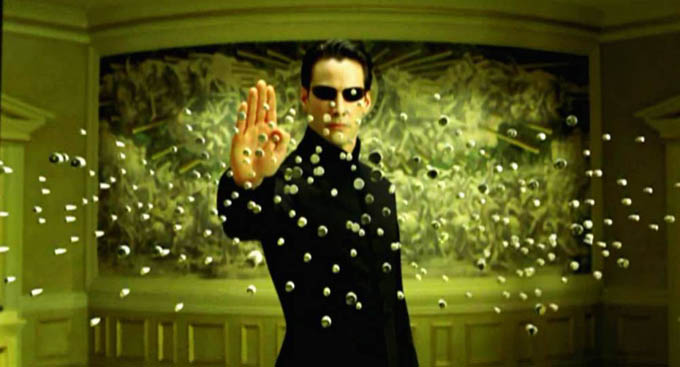 Update 2:00pm ET: Chad Stahelski’s reps tell IndieWire the director was misquoted in his Yahoo Movies UK interview. His answers were hypothetical and he was speaking about his desire for the Wachowskis to return and not confirming they were involved.

Are Lana and Lilly Wachowski gearing up to revive their iconic “Matrix” franchise on the big screen? No official word has come from the directing duo, but “John Wick” director Chad Stahelski tells Yahoo Movies UK that’s the plan at the moment. News broke in March 2017 that Warner Bros. was eyeing a “Matrix” reboot with Michael B. Jordan in contention for the leading role. The Wachowskis were not attached to the project at the time but according to Stahelski that has changed.

“I’m super happy that the Wachowskis are not just doing a ‘Matrix,’ but they’re expanding what we all loved,” Stahelski told Yahoo Movies UK. “And if it’s anywhere near the level of what they’ve already done, it wouldn’t take more than a call to go, ‘Hey, we want you to be a stunt guy’ and I would probably go and get hit by a car.”

Stahelski said he’s not positive whether or not the Wachowskis will return as the directors of the film (“I’m not sure of the overall. I’m not sure if Lana is”), but he assured fans Lana and Lilly will be involved creatively in some capacity with bringing their beloved film franchise back to life on the big screen.

“Yeah,” the director said when asked if the Wachowskis are involved. “And if they wanted help, I would absolutely put down whatever I was doing to help them.”

Stahelski worked as a stunt performer on the original “Matrix” trilogy and has since made a name for himself as the director of the “John Wick” movies. The director’s newest action franchise has kept him busy working with original “Matrix” star Keanu Reeves. “The Matrix” launched in 1999 and was heralded as a game-changing blockbuster due to its use of pioneering visual effects. The original won four Oscars and grossed $463 million worldwide. Two sequels followed, “The Matrix Reloaded” and “The Matrix Revolutions,” both of which were released theatrically in 2003. The films spawned successful video games and books as well. It’s still unclear whether or not a fourth “Matrix” movie would be a prequel, although that was the original rumor.

IndieWire has reached out to the Wachowskis’ representatives for further comment.

This Article is related to: Film and tagged Lana Wachowski, Lilly Wachowski, The Matrix