The "Blue Is the Warmest Color" director trolls Cannes with a four-hour lap dance of a movie that mostly consists of butt close-ups. 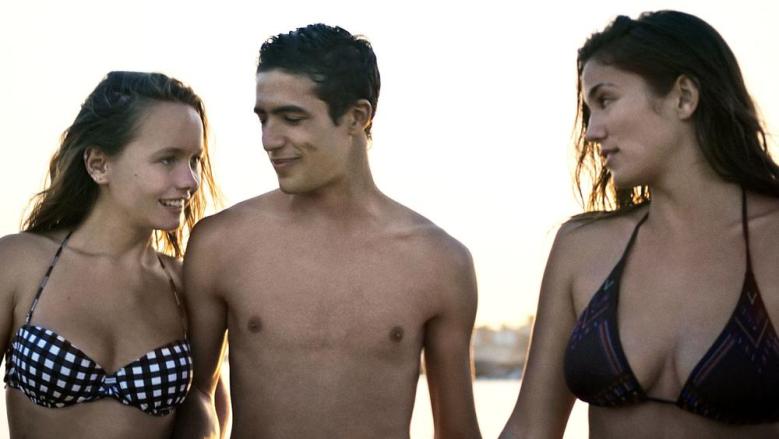 No filmmaker has ever loved anything as much as Abdellatif Kechiche loves butts.

Bringing up the rear of this year’s Cannes lineup in more ways than one, Kechiche’s “Mektoub, My Love: Intermezzo” — an oft-threatened but completely unsolicited sequel to his 2017 bomb, “Mektoub, My Love: Canto Uno” — devotes about 60% of its runtime to extreme close-ups of jiggling female derrieres. And while that horrifyingly unexaggerated statistic may sound like a bit of a red flag to begin with, it only gets worse when you consider that “Intermezzo” is the same length as “Lawrence of Arabia” (the original 222-minute cut, not the trimmed version that David Lean made after people complained that the movie was too long).

Of course, none of this is much of a surprise. Not anymore. As shocking as it was when Kechiche celebrated his 2013 Palme d’Or win by pivoting to posteriors, “Canto Uno” made it irrevocably clear the filmmaker has no regrets for the wanton fetishization of nubile flesh that separated “Blue Is the Warmest Color” from his earlier, more casually sensual work.

The first installment of the “Mektoub” series now seems like a wise and lyrical tone poem when compared to its cinematic lap dance of a sequel, but that initial chapter — an aimless coming-of-age story about a naïve young French-Algerian screenwriter who returns to his beachside hometown of Sète during the summer of 1994 — was still too banal and indulgent to secure American distribution. While the explicit sexual content in “Canto Uno” is less frequent and hostile than that in “Blue Is the Warmest Color,” the leering nature of its camerawork is more pronounced; the male gaze was practically the only lens Kechiche used. One critic likened the film to a very special episode of “Jersey Shore,” and referred to Kechiche’s camera as “a tush ogler.”

Given that “Intermezzo” includes more ass than any movie since “Au Hasard Balthazar,” and features an unsimulated oral sex scene in which a beautiful woman grinds her vagina on a man’s face in a cramped nightclub bathroom for somewhere between 10 and 15 uninterrupted minutes, the movie’s only hope for U.S. distribution might be for Kechiche to broker a deal directly with Pornhub. It’s only a matter of time before that scene is on there anyway, so he might as well make some money off of it (not least of all because his decision to separate this part of the overarching story into its own film caused his producers to pull out, and forced him to auction off his Palme d’Or trophy in order to recover the funds). 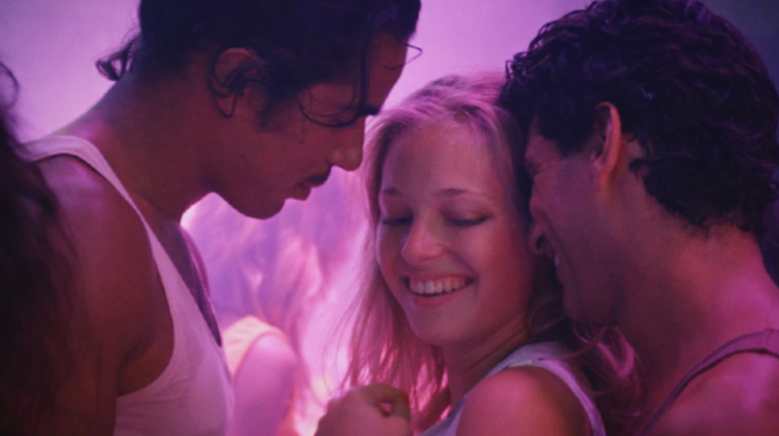 And can you blame him? Yes. Yes, you can. The “good news” is that you don’t need to have seen “Canto Uno” to understand the second chapter of Kechiche’s trilogy. This isn’t “The Two Towers,” it’s a nearly four-hour movie about butts, and butts don’t require context — only legs. Still loosely adapted from François Bégaudeau’s novel, “La blessure, la vraie,” “Intermezzo” begins where the previous film left off: On a shot of someone’s butt. Okay, technically the shot begins on the actress’ face before going south, and the story picks up a couple of months after the last one ended, but the transition feels seamless.

It’s September 1994, and all your favorite characters are still prowling the beaches of Sète, looking for some new butts. Swarthy 32-year-old Tony (Salim Kechiouche) might still be the horniest guy in town, but he’s got some very stiff competition from his manbunned friend, Aimé (Roméo De Lacour). Together, the two wander the surf in search of fresh meat. “Intermezzo” begins with the two pick-up artists hitting the jackpot, as they meet a beautiful 18-year-old blonde named Marie (newcomer Marie Bernard) who’s on holiday with her parents and eager to have some new experiences. The lillywhite Parisian girl happily joins her new suitors as they wander over to the women in their local group of friends and extended family, all of whom will be familiar to anyone who saw the first movie. And if you think these characters aren’t (re)introduced with a shot of them standing in the ocean and shaking their butts at the camera, you probably haven’t been reading this review all that closely. While “Intermezzo” is well-cast with a deep roster of potential stars, this is a movie in which the bottoms deserve top billing.

The central figure of the group is still Ophélie, and she’s once again played by Ophélie Bau, an actress without a false bone in her body — and by the end of this film, you’ll be more qualified to make that assessment than an MRI. Clever, vivacious, and just a little bit less carefree than she likes to let on, Ophélie is pregnant with Tony’s baby, even though she’s scheduled to marry her unseen military fiancé in just a few weeks. Tony wants every scrap of female attention he can secure, and so he’d rather profess his love to Ophélie than risk never getting to have sex with her again, but Ophélie can see right through him, and is determined to get an abortion. She has roughly 389 alcoholic drinks over the course of the night that follows, and every one of them makes it feel as though she’s trying to force her own hand; in a film where most of the characters think with their hormones and communicate by licking each others’ faces, there’s a tenderness to Ophélie’s condition that endows her moments with the shared intimacy of a secret.

Other figures in this booty sweat symphony include Ophélie’s older uncle (who fears that he seems like a pervert when he goes clubbing with her friends) and Céline (Lou Luttiau), a fun-loving Brie Larson lookalike who’s determined to get with Tony’s immaculately symmetrical younger cousin Amin (Shaïn Boumédine), the protagonist of the first film. Even now, after spending almost four more hours of screentime with him, Amin remains a mystery who isn’t asking to be solved.

“Intermezzo” is comprised of only three discrete sequences — that banal 45-minute chat on the beach, a virtually real-time three-hour soap opera at a local nightclub, and then a short coda the following morning — and Amin doesn’t really enter the narrative until the second one. He spends most of the movie standing off to the side and dispassionately observing the action as all of the girls try to claim him as a conquest. Once again, it’s hard to know if the introverted aspiring filmmaker is harboring a massive crush on Ophélie, or if perhaps he’s fumbling his way through the first steps of a longer coming-out narrative. All we know is that he really doesn’t want to be there, and that makes him the most relatable character by default. 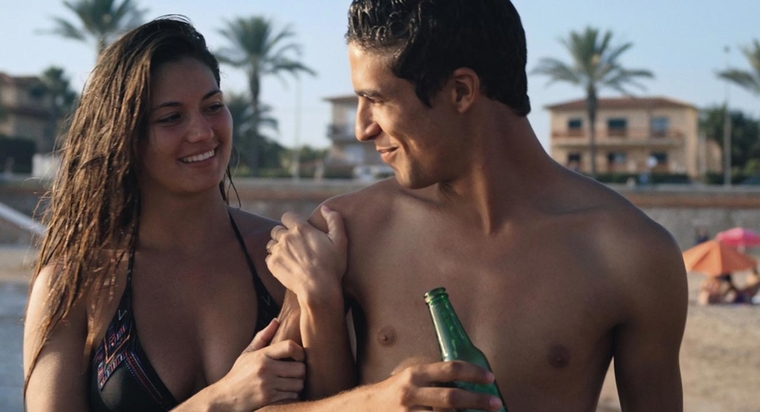 The nightclub sequence quickly stretches into an endurance test of the highest order, as the girls dance cheek-to-cheek on stage and Kechiche lingers on close-ups of Ophélie’s jack-hammering ass for several minutes at a time… only to cut away to some other business in the club before returning to Ophelie’s jack-hammering ass for several more minutes at a time. Repeat ad infinitum, until — at one point — this very tired critic experienced a brief and not altogether unpleasant nervous breakdown, hysterically cry-laughing for no apparent reason for the (much) better part of an hour.

Kechiche argues that becoming the Béla Tarr of butt shots helps him “to get across this feeling of a soul that exists,” and while that’s just about the most delusional thing anyone has ever said in a public forum, there’s some evident truth to the idea that bodies are more expressive vessels of desire than words can ever be. Over time, as Kechiche’s mind-numbing shots disassociate these bodies from their basic functions and find a kind of pure meaning in the wild paroxysms of ritualistic movement, you can appreciate what one character means when they say that “madness is truth.”

It might be the Stockholm Syndrome talking — the zen calm that comes over you when you realize that you’re going to be stuck in this club for the rest of the movie and possibly also the rest of your life — but when Chekhov’s cunnilingus is finally resolved in the film’s last hour and Ophélie scrapes her crotch over a man’s face with the violent purpose of someone trying to remove a stain, it doesn’t just feel like the director is getting his rocks off. On the contrary, it seems as though Kechiche is remembering his most effective trick from “Blue Is the Warmest Color,” and once again finding a visceral way to express sex as a soul-cleansing experience of some kind. In an age of rampant online pornography, that’s almost an impressive feat. You can only hope that Kechiche has learned not to dehumanize his cast, though his recent accusation of sexual assault doesn’t inspire confidence.

Regardless, any insights that “Intermezzo” happens to yield into the nature of desire aren’t significant enough to warrant the time required to see them, and interest in the experience is only sustained by a cocktail of masochism, hypnosis, and an enduring concern for Marie’s physical safety. The men in this movie are more pathetic than predatory, but lines do tend to get crossed in a film that’s very existence feels makes it feel like Kechiche is trolling the sensitivities of modern culture.

And even when the audience is induced into fits of uncontrollable laughter, they’re still unmistakably the butt of his big joke. At least for now. Given that “Intermezzo” once again ends on an open-ended note, and that its title implies another installment to come, festival-goers might feel compelled to brace for “Mektoub: Chapter 3: Perineum” in 2021. And yet, despite its prestigious Cannes premiere, this middle chapter may just kill any hope Kechiche has of securing the money he needs for his grand finale. It’s one thing to get people to stare at butts for a cumulative total of seven hours, but no one wants to see a piece of shit.

“Mektoub, My Love: Intermezzo” premiered in Competition at the 2019 Cannes Film Festival.

This Article is related to: Film and tagged Abdellatif Kechiche, Cannes, Mektoub My Love: Intermezzo, Reviews