Wrenching, blunt, and targeting Trump, DuVernay's four-part limited series on the Central Park 5 is torn between intimacy and symbolism. 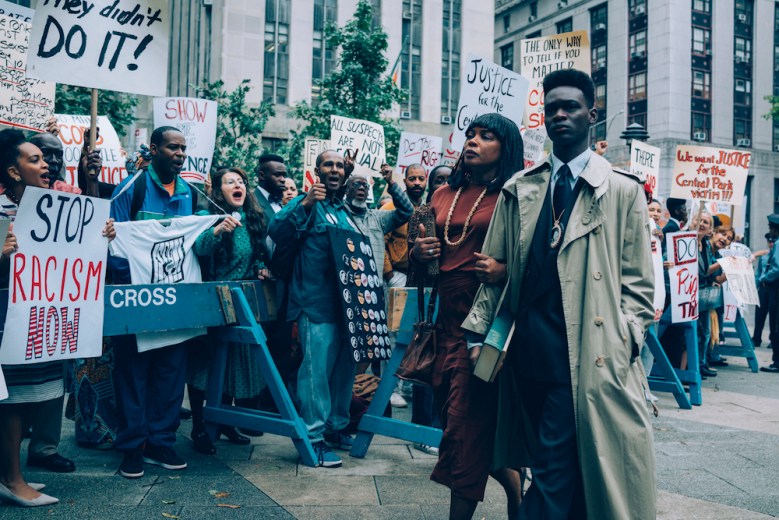 Ava DuVernay, earnestly and repeatedly, is looking to America’s youth to find inspiration for its future. Her last feature, the ambitious “Wrinkle in Time” adaptation, focused on a young girl trying to find her long-lost father, and its star, Storm Reid, appears briefly in the director’s next piece, “When They See Us.” Retelling events surrounding the notorious Central Park jogger case by focusing on the boys wrongfully convicted of the crime, the limited series once titled “Central Park 5” examines yet another theft of innocence — this one systemically enforced by America’s powers that be.

“When They See Us” hits hardest in its final hour, which is a break in format both much-needed and illustrative of what was missing in the previous three. Focusing on one of the convicted kids and tracking his experience from the shocking ruling to its overdue dismissal decades later, DuVernay finds a potent blend of style and substance, affection and effect. The majority of the four-part limited series is passionate in vindicating these boys and resolute in representing their experience, but it bounces between fleeting, intimate moments with its subjects and broad emblematic archetypes decrying the country’s current state. Some characters are shells, discarded once they’ve served their purpose. Others are provocative symbols, and only a few feel as important as the American crime their lives have come to represent.

DuVernay directs every episode and serves as co-writer alongside Attica Locke, Robin Swicord, Michael Starrbury, and Julian Breece. Their series picks up the night of the attack, as a group of giddy Harlem teenagers sprint into Central Park. Among them are Antron McCray (Caleel Harris), Kevin Richardson (Asante Blackk), Yusef Salaam (Ethan Herisse), Raymond Santana (Marquis Rodriguez), and Korey Wise (Jharrel Jerome), all of whom are picked up that night for “unlawful assembly” (of all things) or the next morning once a more serious investigation is underway.

In a bit of fortuitous casting, Felicity Huffman plays Linda Fairstein, the prosecutor in the Manhattan District Attorney’s office who leads a ferocious indictment against the boys. Seeing Huffman as counsel instead of defendant adds a bit of irony, sure, but her character is so malicious, uncaring, and self-serving, a person of privilege had to play the part — if only so the actor’s offscreen comeuppance could stand-in for Fairstein’s absolution. Seeing a group of black kids in the park shortly before Trisha Meil was assaulted and raped is all the attorney needs to stop looking for other suspects, and she pushes the police force to interrogate each kid for as long and as cruelly as it takes to get some sort of confession. 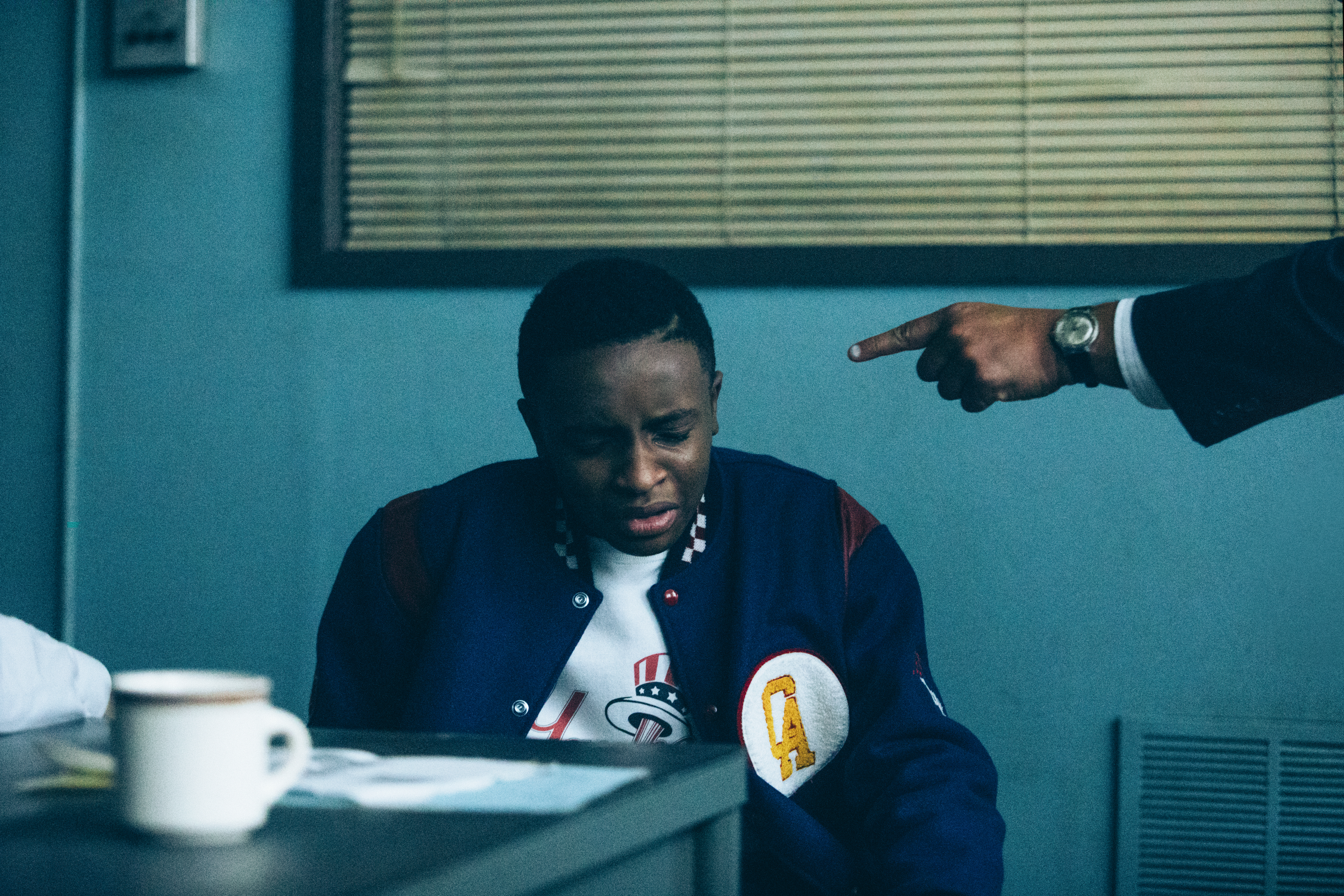 Caleel Harris in “When They See Us

These scenes in the first episode are the hardest to watch. The kids are kids, and the interrogators are men; the intimidation tactics are as ugly and abusive as the come; DuVernay’s framings don’t shy away from the boys’ bruised and battered faces, and her soft lighting around the edges draws your eye toward the suffering subjects. Combine all this with the overt racism and vile manipulation on display from the authority figures and watching it all unfold becomes wrenching.

Unfortunately, it can also be hollow. The story of the Central Park 5 is inherently relevant; issues of police brutality, profiling, and racial bias in the justice system haven’t disappeared since the case was tried in 1990, so the series carries pertinence from the get-go. DuVernay wields that power with great force, but her storytelling lacks the acute insights needed for “When They See Us’ to stand out — politically or emotionally.

What little we know about the boys’ personal lives is trotted out in broad strokes to best universalize their stories. (Antron likes baseball, Ray is a ladies’ man, etc.) But they’re already universal — we’ve all been a kid before, but none of us have been these kids. Their treatment is shown in detail, but their absorption of it and reaction to it is kept at a distance, even when we flash forward and new, older actors take over their roles. (Some of the white characters — like Vera Farmiga’s Elizabeth Lederer — simply disappear.) 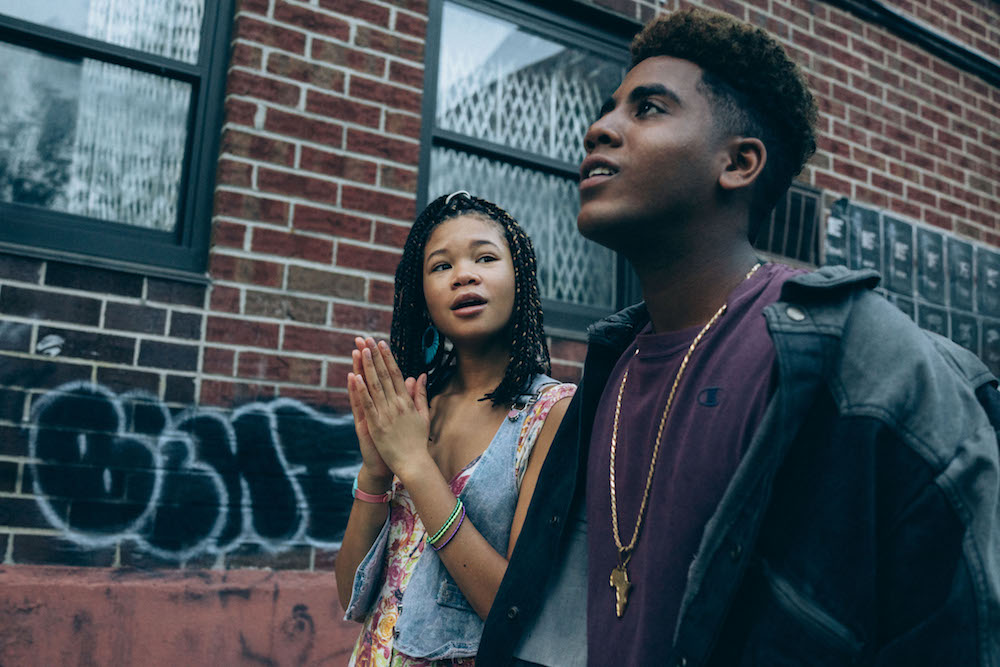 Storm Reid and Jharrel Jerome in “When They See Us”

The only actor to play his character from childhood to adulthood (or pre- to post-prison) is “Moonlight’s” Jharrel Jerome. As Korey Wise, he’s a bubbling fountain of emotions; his face tries to hide the fear he feels, but it bursts out of his mouth when the worst is realized. With help from hair and makeup, Jerome pulls off a convincing transformation as he’s put through the wringer, trapped in solitary confinement, regularly assaulted in prison, and breaking down to beg for his mother after life behind bars brings him to the brink.

Scenes like the latter bring out loads of anger and blame, and DuVernay repeatedly sends that resentment toward one man: Donald Trump. As DuVernay called out on May 1, the current POTUS paid for full-page ads in the major New York newspapers calling on the state to restore the death penalty for the Central Park 5. The series takes note of these ads from the boys’ mothers’ perspectives, but they also show historical footage of Trump on TV backing up his assertion and again explaining why “a black” has an advantage in 1980s America. The characters watching scoff and disregard the talking head for the blubbering buffoon he is, but DuVernay isn’t about to let him off the hook — Trump is symbolic of the white privilege dictating American policy; he has no idea what’s really going on and doesn’t care to know, not with this case or anything else. Yet his opinions steer the discourse and represent the legal system as these kids come to know it. He’s an easily understood target, yet an effective one.

“When They See Us” is similarly obvious yet jarring. Choices like pointing the finger at Trump (and many made in the final hour) help elevate the limited series above a straightforward retelling. It’s still long, structurally soggy, and less affecting than the Ken Burns’ 2012 documentary — not to mention DuVernay’s Oscar-nominated doc “13th,” which examines how the prison industrial complex extends slavery into the 21st century — but her latest remains a stirring reminder we’re not doing right by our children. And that’s time we can never get back.

“When They See Us” premieres on Netflix in its entirety Friday, May 31.

This Article is related to: Television and tagged Ava DuVernay, Netflix, TV Reviews, When They See Us